‘He was treated like an animal’: Fiancée of murdered mechanic, 24, who posed for chilling selfie with his killer boss hours before he was buried alive says she ‘always hated’ him and ‘begged lover to cut ties’

The fiancee of man choked unconscious by his boss and then buried alive in a shallow grave has said a selfie the killer took with the victim hours before the attack made her ‘sick to my stomach’.

Garage owner and cannabis grower Richard Spottiswood strangled his employee Darren Bonner until he passed out and then drove him to a remote seaside beauty spot in Cresswell, Northumberland, and left him for dead.

The 24-year-old victim died 17 days later in hospital after suffering severe brain damage in the attack.

Chillingly, Spottiswood and his girlfriend Lucy Burn had posed smiling for a selfie with Mr Bonner just hours before the onslaught which would lead to his death.

Spottiswood has since been convicted of murder and jailed for life. Burn was also jailed for assisting an offender.

Mr Bonner’s fiancee Donna Churchill, 40, has now spoken for the first time about how the photo has added to her grief.

This picture shows killer Richard Spottiswood (left) and his victim Darren Bonner (centre) posing for a photo with Spottiswood’s girlfriend Lucy Burn (right). Hours after the photo was taken, Spottiswood attacked Bonner, who died from his injuries two and a half weeks later 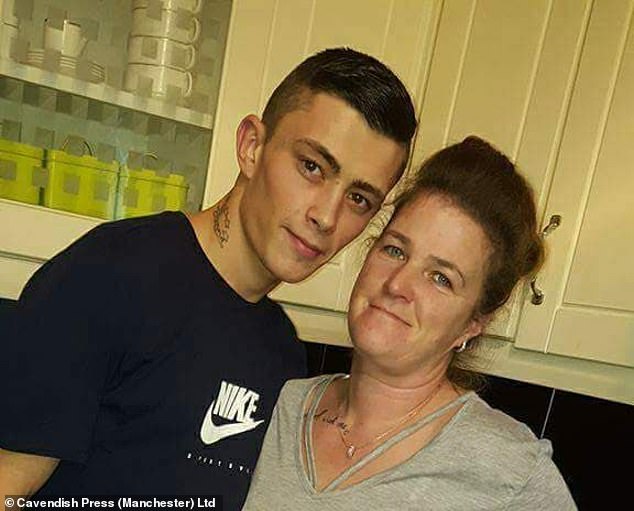 Mr Bonner’s fiancee, Donna Churchill (pictured together), has told of the sickening moment she was told he’d been attacked

She said: ‘The whole thing was heartbreaking but that chilling picture of them together almost killed me. I felt sick to my stomach at the sight of it. Darren looks absolutely tiny next to his hulking boss. My Darren didn’t stand a chance against him that night.’

She added: ‘Darren had tried to call me before he went away but I’d been with friends and missed it. I was sick of hearing about Spotty anyway, so I was partly glad I didn’t have to listen to anything more about it.

‘Two days later though, I still hadn’t spoken to him and began to feel uneasy. Just then, I spotted two men walking across the car park towards me. One of them was carrying a folder and when I spotted the words ‘serious crimes unit’ and I had a gut feeling something was terribly wrong.

‘I remember my mouth going dry as they walked in and watched as they approached my boss. Then, I was called over and taken into a back room where they told me they had bad news about Darren. As soon as they said it, I told them Spotty was responsible for whatever had happened. I just knew.

‘I just cannot comprehend the circumstances in which he’d been discovered.. It seemed so sick to imagine that he’d been buried alive. He was treated like an animal.’ 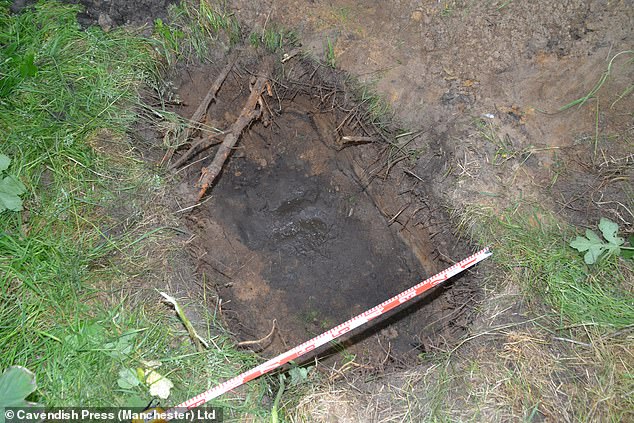 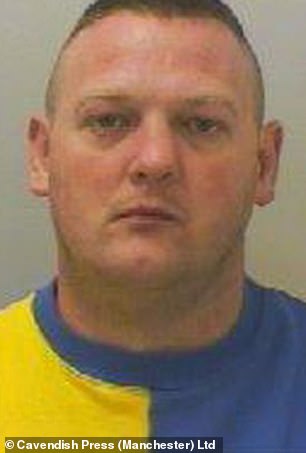 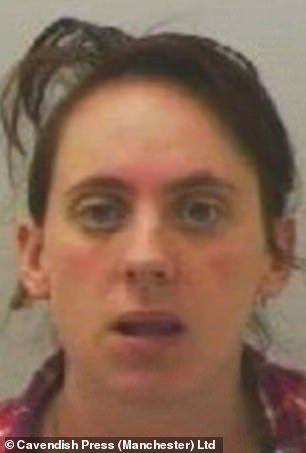 Spottiswood is now serving a life sentence. Burn was also jailed for assisting an offender

Newcastle Crown Court was told the killing occurred in July 2017 after Mr Bonner had joined Spottiswood and Burn for a weekend away at Cresswell Towers Caravan Park.

A ‘heated argument’ broke out during which Spottiswood choked Mr Bonner and then, believing he was dead, loaded him into the back of a van before dumping him in the shallow grave he had dug nearby. 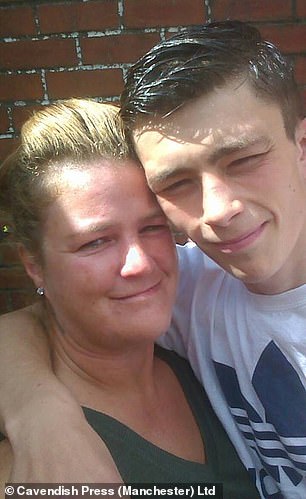 Mr Bonner was found lying in the foetal position with a broad ligature mark around his neck and his body was covered with bruises, scratches and 12 blows from a ‘rod-shaped weapon’ on his back.

Miss Churchill spoke of the strange relationship Mr Bonner had with his killer in the lead up to the murder.

She said: ‘I’d never liked the way Spotty treated Darren and never really understood why Darren stayed involved with him or continued working as a trainee mechanic at the garage Spotty owned.

‘All it took was a message from him to completely change Darren’s mood. He spoke to him like dirt and gave him all the awful jobs he didn’t want to do himself.

‘I begged Darren to cut ties, but he wouldn’t. Shortly before he was murdered, we’d had a bit of an argument about it and I’d told him to leave because I didn’t want him around my kids.

My heart ached but I couldn’t condone something illegal going on under my roof. He was brilliant with my children, which made my decision even harder.

‘When I met Spotty I hated him instantly, so I asked Darren to come back to my house where I felt he belonged. But Darren told me he couldn’t, and his eyes were filled with sadness. I knew he feared Spotty but couldn’t understand why. Something was holding him back.’