Fiat Chrysler delivered a non-binding letter to Renault proposing ‘a combination of their respective businesses as a 50/50 merger’, with a group that would be listed in Paris, New York and Milan, it said in a statement.

Renault said its board would meet on Monday to discuss the offer. According to a source within the French company, the meeting began at 8am at Renault’s Boulogne-Billancourt headquarters near Paris.

Italian-US auto giant Fiat Chrysler delivered a non-binding letter to Renault proposing ‘a combination of their respective businesses as a 50/50 merger’, it said in a statement

The source said, however, that a decision was not expected by the close of the day: ‘it will take days, or even weeks’.

Monday’s board session would merely examine whether or not to explore the offer on the table, the source said.

After the news broke, shares in Fiat Chrysler Automobiles (FCA) soared 18 percent when the Milan stock exchange opened on Monday, before falling back slightly. 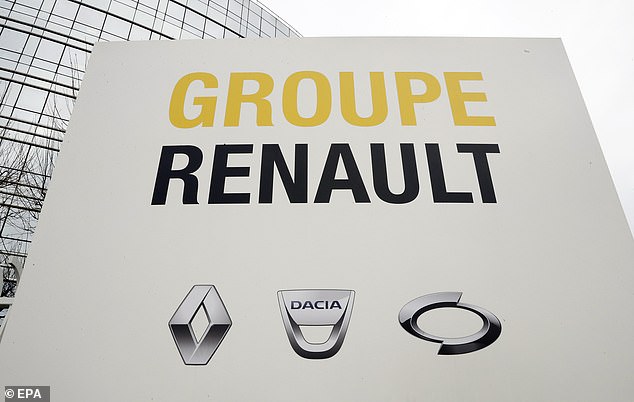 Renault said its board would meet on Monday to discuss the offer. According to a source within the French company, the meeting began at 8am at Renault’s headquarters near Paris

It could also generate around €5 billion ($5.6 billion) in annual savings.

The brand portfolio of the two groups would be ‘broad and complementary… and would provide full market coverage, from luxury to mainstream’, it said.

The combination would be carried out as a merger transaction under a Dutch parent company.

The French government, which owns a 15 per cent stake in Renault, supports the merger in principle would want to see more details, its main spokeswoman said on Monday.

It is believed officials would want to see certainties around employment and production due to the thousands of French employees currently working for Renault. 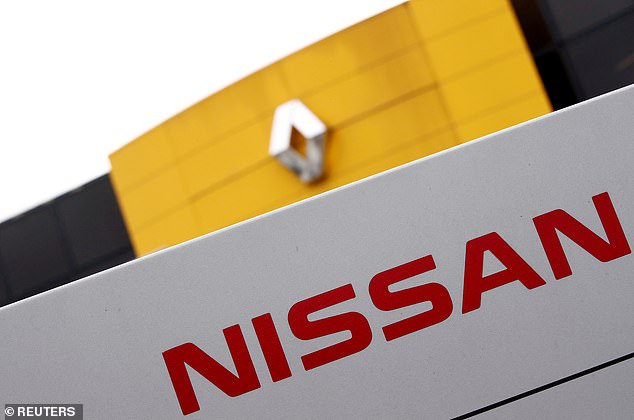 Renault’s current major partnership is with Japan’s Nissan, in which it holds 43 percent

Renault’s current major partnership is with Japan’s Nissan, in which it holds 43 percent.

Nissan in turn owns 15 percent of its French partner Renault but the imbalance in the relationship has led to serious friction, highlighted by the arrest of former Renault and Nissan chief Carlos Ghosn in Tokyo.

The Renault-Nissan-Mitsubishi alliance currently makes around 10.8 million automobiles, compared with Germany’s Volkswagen and Japan’s Toyota, both on around 10.6 million.

However, the tie-up with FCA could make Renault much more powerful, potentially further upsetting the balance in the Renault-Nissan-Mitsubishi alliance where Ghosn was pushing for much more say before his downfall.

In recent weeks, Renault has been pushing for changes to its tie-up with Nissan, suggesting the formation of a 50-50 holding company to run both firms.

However Nissan has resisted, feeling it is the bigger company and should be treated as such.

Fiat Chrysler has been under pressure in Europe, stoking speculation it was looking for a partner as the industry is forced to consolidate in the face of declining demand and a costly switch into electric cars.

Fiat Chrysler is widely seen as a latecomer to the electric vehicle market but does well in the US SUV and pick-up sectors.

Renault meanwhile has pushed ahead in electric cars but is relatively weak in North America so the two companies would be a good fit.

Fiat Chrysler said the merger would put the group in ‘a strong position in transforming technologies, including electrification and autonomous driving’.

Early this year, rumours circulated that Renault was interested in Fiat-Chrysler after its hopes for a full merger with Nissan or even French competitor PSA were dashed.

All counted, including Nissan and Mitsubishi, it would mean the production of close to 16 million vehicles, besting Volkswagen and Toyota.

The merger would not result in the closure of any production sites, and the board of directors of the new group would be composed mainly of independent members, Fiat Chrysler said.