‘You know you really love your baby when this happens!’ Fifi Box gets candid about motherhood as she shares a hilarious photo of newborn Daisy Belle having a VERY unfortunate accident

She has been embracing her new status as a mother-of-two, ever since welcoming baby daughter Daisy Belle into the world in June.

But Fifi Box has proven motherhood isn’t always a blissful bubble, as she shared a hilarious photo of her four-week-old daughter having a very unfortunate accident.

The 42-year-old took to Instagram with a snap of her looking visibly shocked after realising her baby girl had actually pooed all over her arm.

Unlucky! Fifi Box has proven motherhood isn’t always a blissful bubble, as she shared a hilarious photo of her month-old daughter having a very unfortunate accident to Instagram

Fifi shared the mess Daisy had made with her followers and managing to see the funny side, she captioned her post: ‘You know you really love your baby when…’

It’s safe to say fans were left highly amused by the snap, with Fifi winning sympathy from Dannii Minogue who commented in response: ‘Oh poor you!!!’

The Project’s Lisa Wilkinson added a series of crying with laughter emojis and said: ‘When the worst is the best,’ while former MAFS star Tracey Jewel added: ‘I remember those days.’

‘Oh poor you!’: The 42-year-old was seen with baby poo all over her arm and won sympathy from her celebrity pals, including Dannii Minogue and The Project’s Lisa Wilkinson 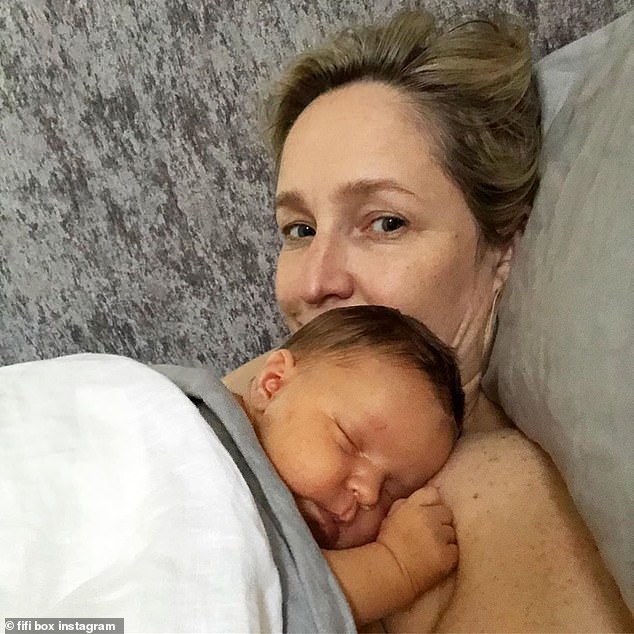 She is already mum to daughter Trixie, six, from a previous relationship with her ex Grant Kenny.

Fifi announced news she was expecting again back in February, where she candidly opened up about her IVF journey. 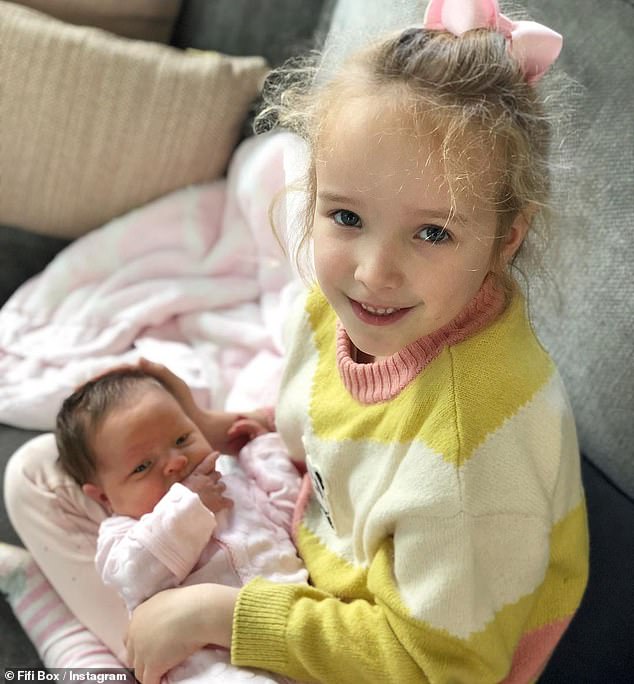 Her girls: Fifi is already mum to daughter Trixie, six, (pictured above with Daisy Belle) from a previous relationship with her ex Grant Kenny

‘I am still pinching myself that I have been this blessed and that this little miracle is growing within me, a much wanted and longed for sibling for a very excited big sister,’ she told fans.

The TV presenter revealed: ‘After a series of egg retrievals and freezing, last year I started the process to become pregnant via an anonymous donor.

‘I know the value of this miracle because I have seen first hand the heartbreak, tears and sacrifices so many women and couples suffer on their IVF journeys and my heart goes out to those who are facing that pain and struggle.

‘It is not lost on me that I am one of the lucky ones. Being a mum is my greatest joy in life, it is quite simply everything to me.’ 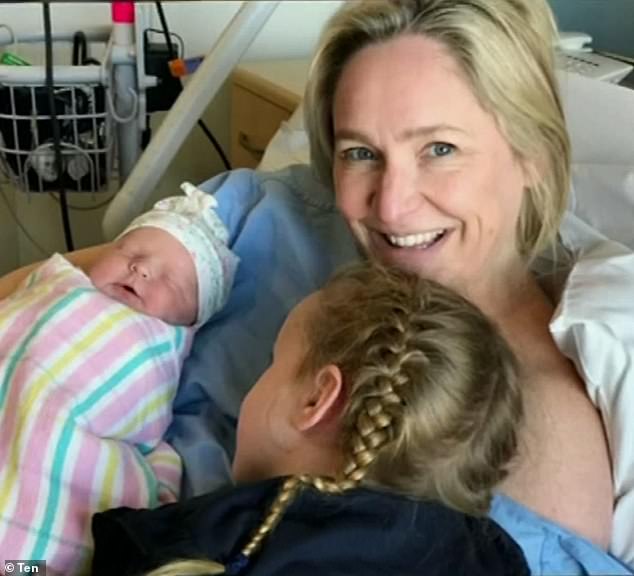 ‘I am still pinching myself’: On announcing her second pregnancy back in February, Fifi said she felt ‘blessed’ to be able to expand her brood via IVF