A taxi driver claimed his own life by leaping into the East River earlier this month, making him the fifth person in the New York City profession to commit suicide over the course of the past five months.

The body of Yu Mein ‘Kenny’ Chow was recovered last Wednesday, according to a statement by the Taxi Workers Alliance.

The 56-year-old married Queens father went missing on May 11.

Loved ones said Chow had been suffering depression as he was dealing with the burden of financial setbacks and stress stemming from his wife’s Stage 4 cancer diagnosis in the fall.

Family members said he took out a hefty loan on his taxi medallion that he could not afford to pay off, among mounting medical bills to help care for his sick spouse.

A vigil for the late cab driver was held Sunday at 86th Street and East End Avenue, where Chow’s vehicle was last parked before he vanished.

During the emotional vigil, a member of the Taxi Workers Alliance spoke as well as mourning loved ones. 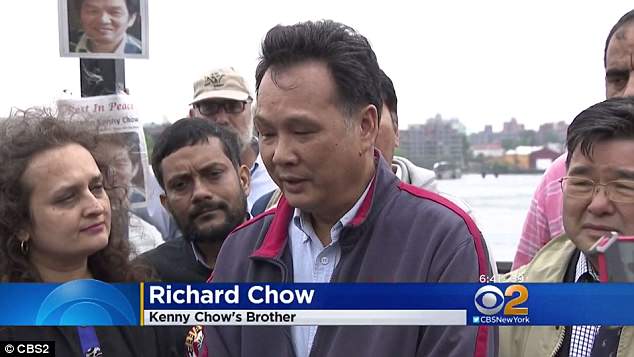 The late cab driver’s brother, Richard Chow, sobbed as he spoke during his vigil Sunday 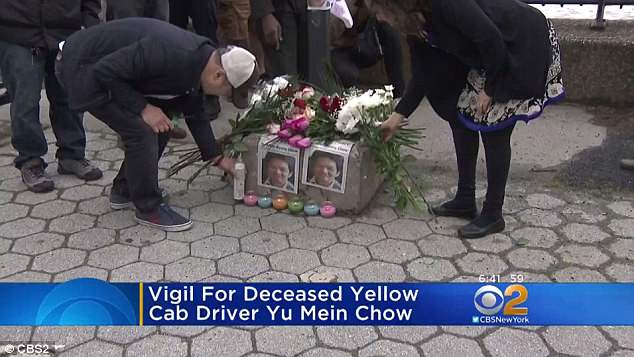 Chow, who previously took out a $700,00 loan on his taxi medallion, struggled to pay his debt, as city ridership drastically declined over the course of the past nine years since Uber was founded and was followed by Lyft.

According to NY1, a bill proposed in the city council could ‘impose a yearly tax of $2,000’ on drivers who are employed with one of the two companies.

The bill could also potentially ‘limit drivers to working for only one company or app.’ 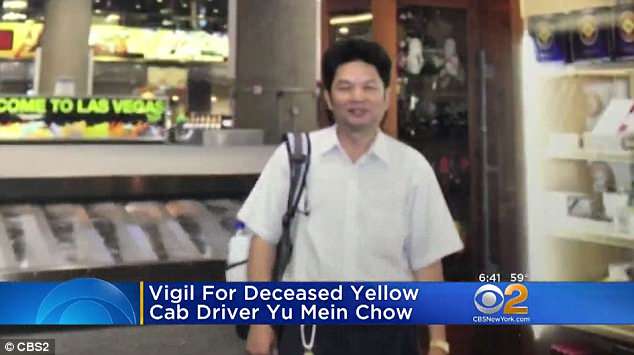 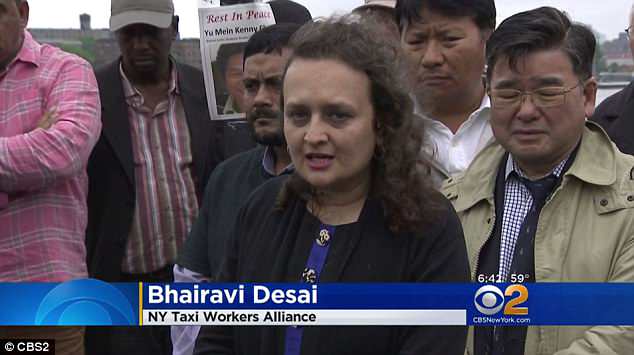 Executive Director of the Taxi Workers Alliance, Bhairavi Desai blamed app-based car services like Uber and Lyft for the downfall of taxi industry

Desai said further: ‘The mayor, even the governor, and the council have said they recognize that something has to be done. Well then why hasn’t it been done yet?!