Chaos broke out between passengers on a ‘nightmare’ Delta Airlines flight after it was delayed on the tarmac in New York for eight hours.

Delta Airlines Flight 2385 to Miami was scheduled to take off from JFK airport on Thursday at 3.50pm but didn’t end up leaving until 11.30pm.

Passengers said they were forced to remain on the plane the entire time and claim they were given no food and little water.

Police officers were eventually called on board when two agitated passengers started fighting.

‘8 HOURS and counting. Captain had ‘no idea’ where the ground crew was. Parked in a ‘remote gate’ in JFK. No food, no water. A fight broke out, police was called. A NIGHTMARE,’ one passenger tweeted during the ordeal.

The passenger said that flight attendants only passed out water after being stuck on the plane for two hours and claimed the crew were offering ‘nothing but excuses’.

‘This has gotten out of control – there are people fighting each other and it’s gotten both verbal and physical,’ the passenger tweeted. 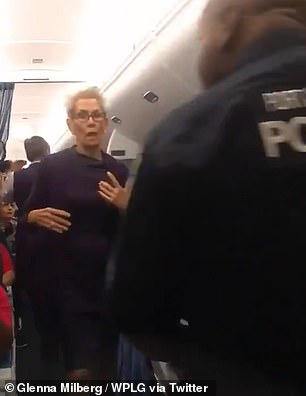 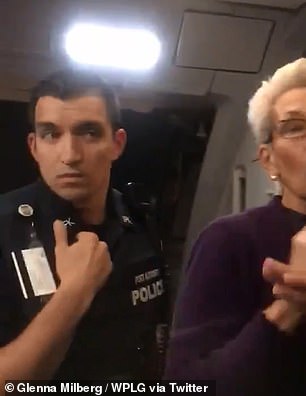 ‘Police are on the plane! Complete chaos! I understand weather delays and we all want to be safe but this is not about weather but about how Delta has handled it.’

Another passenger said that flight attendants admitted it was a chaotic ordeal.

‘Started as a weather delay, then turned into an air traffic delay, then became a refueling delay,’ the passenger said.

‘Flight attendants have admitted this is chaos and they know nothing. Claimed the gate crew ditched us at one point.’

Delta said no passengers were removed from the plane after police were called.

They said the delays were due to weather on both ends.

‘Delta flight 2385 with service from JFK to Miami was delayed due to weather in both Miami and New York,’ a Delta spokesperson said.

‘Customers were offered both water and snack service while on the tarmac and were also offered the chance to take a bus back to the terminal given the plane was parked on a remote pad for quite some time.’