Pictured: Filipe Mahe during filming of Our Boys

A man has sensationally claimed that he is the real Jonah from Tonga and slammed Chris Lilley’s ‘racist’ depiction of him.

Filipe Mahe was filmed as part of an ABC documentary entitled ‘Our Boys’ which followed disadvantaged students at Canterbury Boys High in Sydney in 2004.

After the series aired Lilley allegedly came to Mr Mahe’s school, watched classes as they were taught and observed a Tongan dance.

But as soon as he saw Jonah from Tonga, Mr Mahe’s heart sank and he knew the character was based on him.

Jonah, like Mr Mahe, was from a single-parent family, had a larger than life and cheeky personality, could dance and had problems reading.

In one episode of Summer Nights High, Jonah also rudely asks a teacher if she was on her period.

It mirrors a scene in the ABC documentary when Mr Mahe discretely asked in Tongan if a friend was menstruating because she was giving him a hard time. 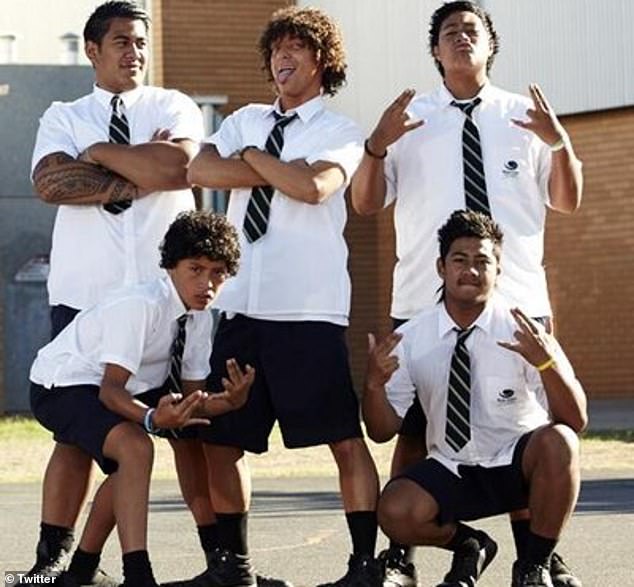 Pictured: Chris Lilley (centre) in his role as Jonah Takalua in his program, Jonah from Tonga

‘I knew from that episode that Jonah was me,’ he told the Sydney Morning Herald.

‘I’ve always thought it was racism to Tongans but never spoke out,’ he said.

‘I would have been labelled a “sook” or “can’t handle the banter” so I didn’t say anything.’

He added that he felt ‘absolutely embarrassed, full of hate, angry and exploited’ by the program.

Mr Mahe, now 33, is a successful dad-of-two living in Queensland but his start to life was much tougher.

His father had been killed in a motor accident, his mother was wheelchair bound after contracting polio as a child and his sister suffered from epilepsy – which later killed her.

Mr Mahe has dyslexia and by grade nine he still couldn’t read or write in English or Tongan, and his math capabilities were equivalent to a grade six student.

However he’d always managed to get by in class because of his great verbal and observational skills.

The character of Jonah had similar learning difficulties and compensated by being brash and rude to his superiors, a trait that Mr Mahe said didn’t come from him. 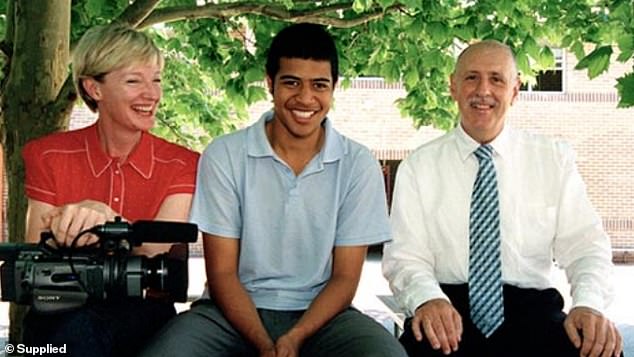 Mahe (centre) is certain the character of Jonah is based on him and his experiences at school. Pictured with Our Boys producer Kerry Brewster (left) 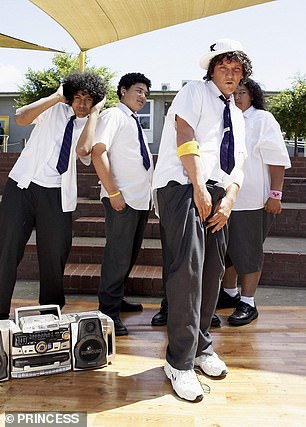 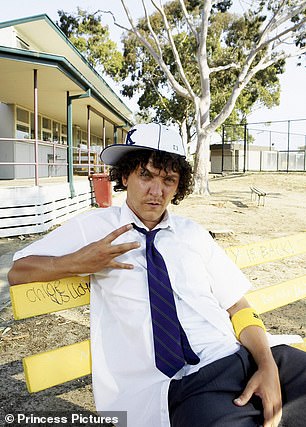 ‘I can 100 per cent say that, if any Tongan kid was to speak that way to their parents, they would have got a smack to the mouth,’ he said. ‘We just don’t speak that way.’

Kerry Brewster, the woman who produced and directed Our Boys, also immediately identified the character in Lilley’s show as Mr Mahe.

Should culturally insensitive shows be ‘cancelled’?

She had worked closely with him during filming and was alarmed at how he was ‘exploited’ to create ‘a brown faced caricature’.

‘In its mocking portrayal of Jonah, it was racist and cruel, even if this was not Lilley’s intention,’ she said in an opinion piece for Sydney Morning Herald.

‘It appealed to an audience that still looks condescendingly at Pacific Islanders.’

Ms Brewster said some of the lines used in the show were almost word-for-word repeats of things Mr Mahe had said in the past. 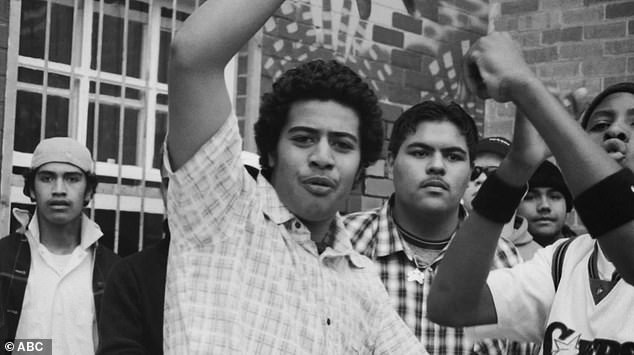 Mr Mahe (pictured) was charismatic and adored by his peers and teachers. He struggled with learning difficulties and had a tough upbringing 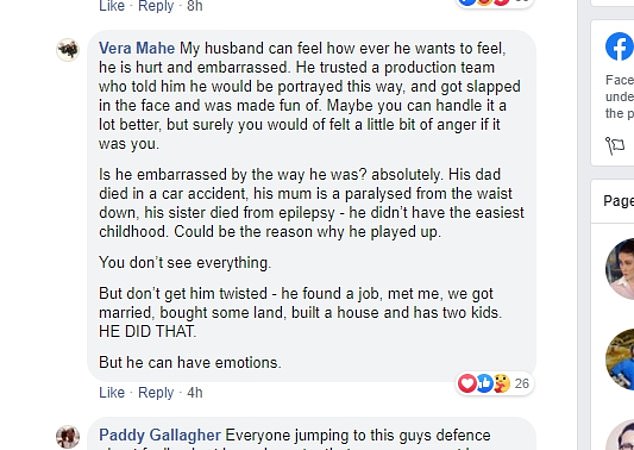 But Ms Brewster also feels guilty for the ‘terrible price’ Mr Mahe paid for participating in her documentary.

The entire first episode focused largely on his struggles and led Lilley to visit the school when researching his own ABC-funded project.

Mr Mahe moved to Brisbane after he left Canterbury Boys High, where he found a job and met his now wife, Vera.

The couple have two children and are very happy with their lives, though Vera said he still deals with the hurt and embarrassment over the show.

‘He is hurt and embarrassed,’ she explained.

‘Is he embarrassed by the way he was? Absolutely. His dad died in a car accident, his mum is a paralysed from the waist down, his sister died from epilepsy – he didn’t have the easiest childhood. Could be the reason why he played up.’

Vera told Daily Mail Australia the couple both ‘understand the comedy part’ of the show and accept that it has cultivated a cult-like following since it aired.

‘But he was a child and was exploited,’ she added.

Four of Lilley’s shows, including Jonah from Tonga, were removed from the Netflix catalogue earlier this month in the wake of the Black Lives Matter movement.

The programs had been criticised in the past for their use of brownface and blackface. In Jonah From Tonga, Lilley painted his face brown and wore a curly wig to portray Jonah. 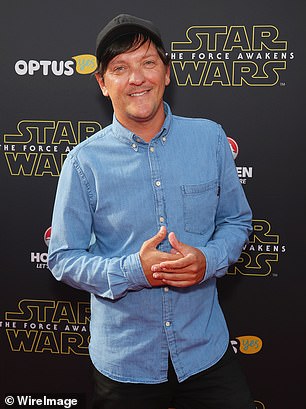 Lilley has previously defended his style of comedy. Last year he told The Weekend Australian: ‘I’m not trying to do the thing that is trendy at the moment.’

The award-winning comedian went on to say he would continue making ‘clever, layered’ characters.

Defending his controversial characters, he said: ‘When you meet them, you think ‘I know that type of person’, but then there is a twist, something crazy.’

‘[In] the end you think ‘Actually, I kinda relate to this, she just did that thing that I do everyday’.’