Friends who set up their own sunglasses brand without any experience in fashion have gone stratospheric overnight thanks to Meghan Markle donning their eyewear for her first public appearance with Harry at the Invictus Games in Toronto.

After the Suits star, 36, wore Finlay & Co’s Percy sunglasses on Monday the brand sold £20,000 worth of shades overnight and its website crashed several times.

It’s quite the coup for best pals David Lochhead, 32, from Aberdeen and Dane Butler, 33, from Hampshire who launched their first collection of wooden frames after noticing how everyone was wearing the same style of sunglasses during a holiday in Portugal.

Finlay & Co is now stocked in over 25 countries and has amassed a following of A-list fans including Jessica Alba, Gigi Hadid, David Gandy, Suki Waterhouse, Rihanna and now Meghan.

The frames are designed in the friends’ studio and in West London before being handmade using luxury materials such as natural hardwood, but prior to embarking on their venture the pair – who met through their church in London, had no experience in the fashion industry.

Dane Butler, 33, from Hampshire and David Lochhead, 32, from Aberdeen met at church in London and now run their own sunglasses brand Finlay & Co 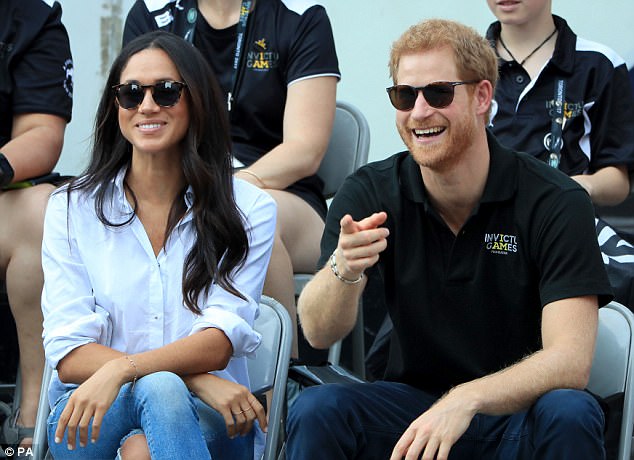 David recalled: ‘It was summer in 2011 and Dane decided to organise a last-minute holiday to Portugal.

It wasn’t until after we had arrived that I realised that the trip was actually a double date holiday and I had been totally duped into attending.

‘When I got to the airport, at some unearthly hour of the morning, Dane introduced me to one of the girls going on our trip. I’d never met her before and had zero idea that there were any romantic intentions involved.

‘One afternoon, we noticed that everyone around the pool, including ourselves, was wearing essentially the same sunglasses – either wayfarers or aviators. 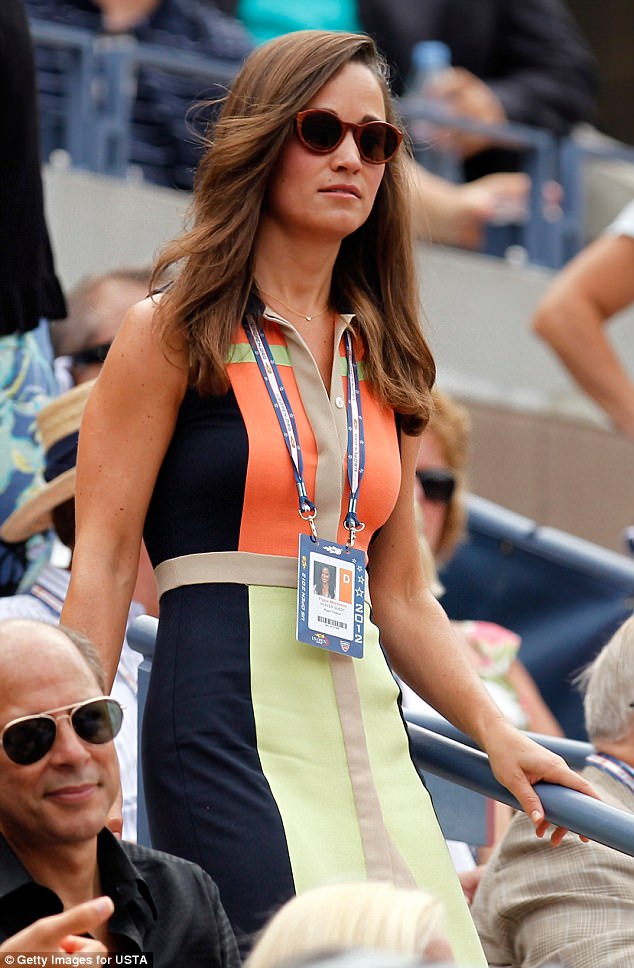 In September 2012 Pippa Middleton wore Finlay & Co shades to the U.S Open Tennis in New York, and the brand was flooded with orders

Gigi Hadid is one of the brand’s many A-list fans, along with Kate Hudson and Sienna Miller

‘We began to wonder why we were not all having more fun with our eyewear choices.’

‘Intrigued by this, we began thinking and talking a whole lot more about designing a collection of sunglasses that would enable people to express their individuality.’

David was working for Sky TV in Marketing and Dane had experience working on a number of other start-up businesses but undeterred by their lack of fashion experience they pressed ahead with their venture.

‘Dane had a friend who worked in the eyewear industry, so we took our idea to him to see whether he thought we could make a success of a new British eyewear brand, or whether we were biting off more than we could chew,’ David explained. 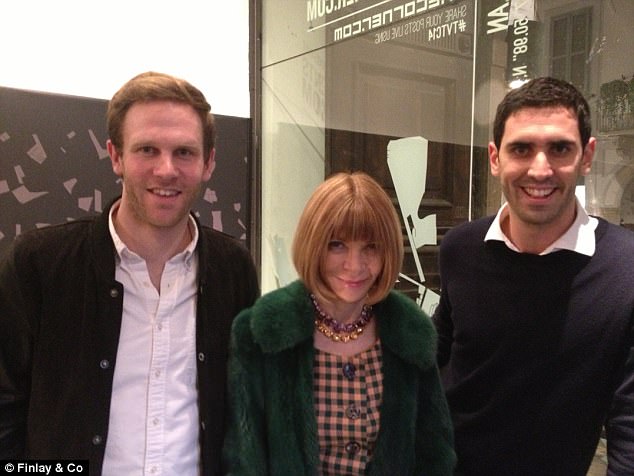 ‘There and then he offered to invest. At that point, we only had an idea. No designs, not even a brand name, but we took his encouragement and got to work.

‘From that point forward, we met up every Saturday morning at each other’s houses, armed with paper and pencils, we began sketching out our first designs for the collection.

‘Once we had our first designs ready, a wayfarer and a more feminine rounded shape; we asked a friend to prototype our designs using the 3D printing machine at his university.

After along search they found a factory capable of making wooden sunglasses, and got the business off the ground by ploughing in their own savings. 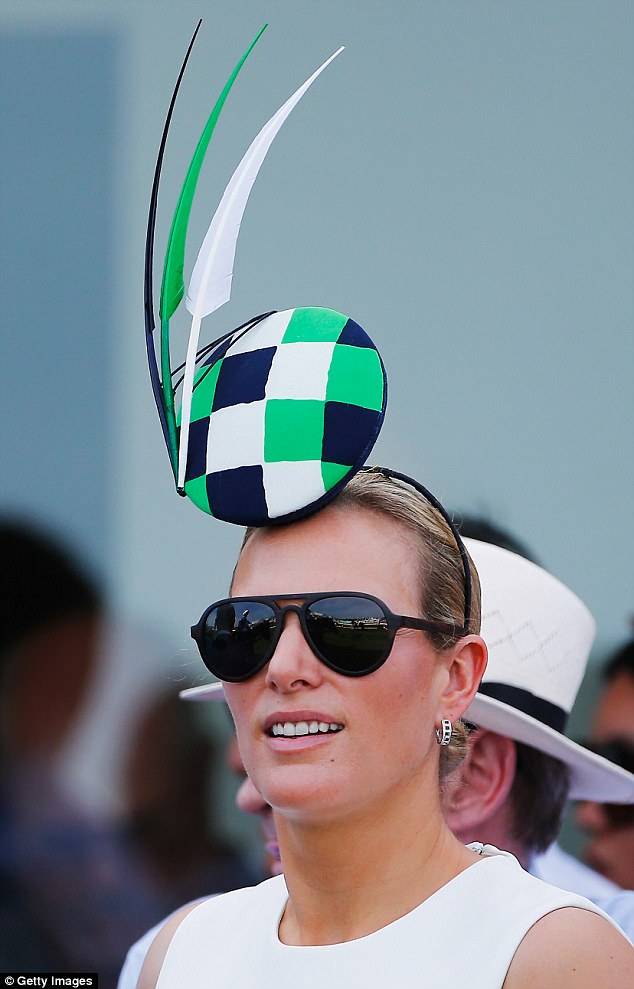 Fit for royalty! Zara Tindall is another high profile fan of the brand

A year after their first proper meeting they launched Finlay & Co. with Finlay meaning ray of light in Scots Gaelic.

It was The British Fashion Council who first took notice of the brand and invited the pair to showcase the brand at London Fashion Week where the young label was scouted by Vogue Italia to present at the exclusive ‘Vogue Talent Corner’ at Milan Fashion Week.

The event was attended by Anna Wintour, who singled out the sunglasses and the boys as ones to watch.

‘Anna was interested in our backgrounds and she seemed to find it quite refreshing that we weren’t from a fashion background,’ David explained. 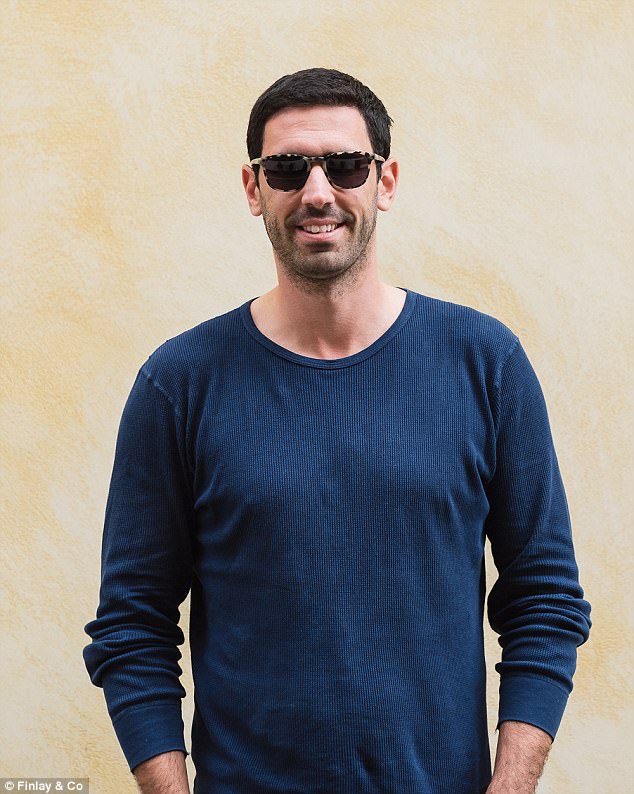 ‘She really encouraged us to believe in our product and it wasn’t until after the show that we saw a video where she talked about how talented she thought our team was.’

David Gandy also gave the brand a huge boost by wearing their glasses to fashion week in June 2012 and the pair started getting calls from the fashion press before their website was up and running.

‘Having David Gandy wear our sunnies was a huge breakthrough in terms of getting our brand out there, but we were still hoping for a high profile, female celebrity,’ David said.

‘Luckily, in September 2012 during the U.S Open Tennis in New York, Pippa Middleton was photographed wearing our Bosworth sunglasses. The images went viral and subsequently our website flooded with orders for the Bosworth frames. 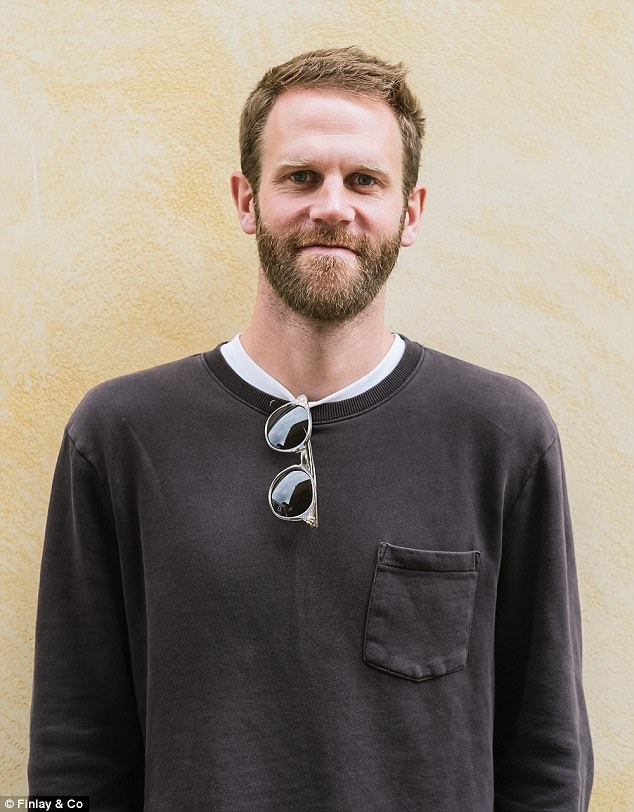 ‘We’ve been really fortunate to see many celebrities wearing our frames over the years. Jenson Button and David Gandy have been really loyal and and we’ve seen Sienna Miller, Emma Stone, Jessica Alba, Rihanna, Cara Delevingne and Gigi Hadid all wearing our designs.’

Despite the pair working in such close quarters, their friendship has only grown stronger.

‘Working with a close friend is fantastic and has all sorts of benefits,’ David said. ‘It does get quite funny when we turn up to friends’ birthdays or football matches and end up spending so much time together outside of work in addition to all the time we spend on the business.’