And the adorable newborn proved to be the apples of his mothers’ eyes as the trio spent a family day together at the beach on Monday.

Hayley shared a number of adorable photos of Fiona kissing Hunter as the two soaked up the sun during a beach day.

Family time: Fiona Falkiner (pictured) and Hayley Willis lapped up new motherhood as they enjoyed a day at the beach with newborn son, Hunter, on Monday

A second photo showed the cherubic tot sat between the two women as they sat on the beach together.

An accompanying clip showed Hunter excitedly getting his feet wet in the surf with his two mothers.

‘Another beach day full of smiles,’ Hayley captioned the photo.

Fiona recently spoke about how her body has changed since having Hunter. 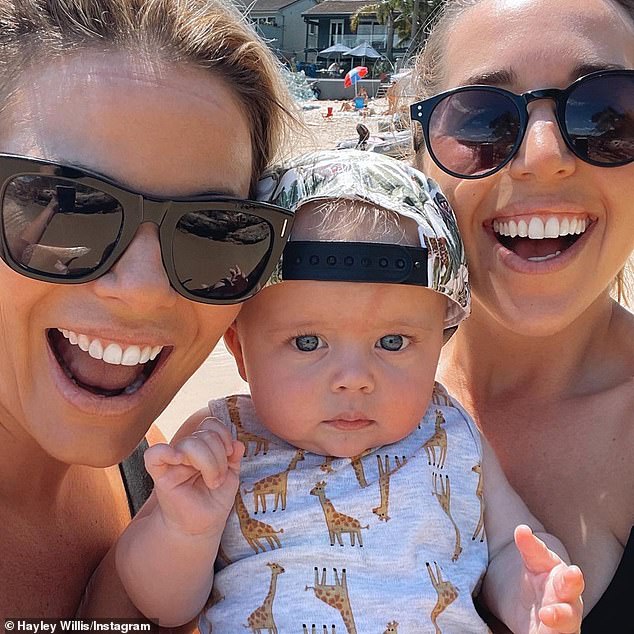 Baby’s day out! ‘Another beach day full of smiles,’ Hayley captioned the photo

‘My body changed dramatically after having a baby,’ Fiona told Stellar. ‘I’m a size bigger than I normally am, and I’m okay with that.’

‘I hope seeing a body like mine in swimwear and lingerie will help other women feel normal in their bodies,’ she added.

‘It’s important to normalise the lumps and bumps – because we all have them.’ 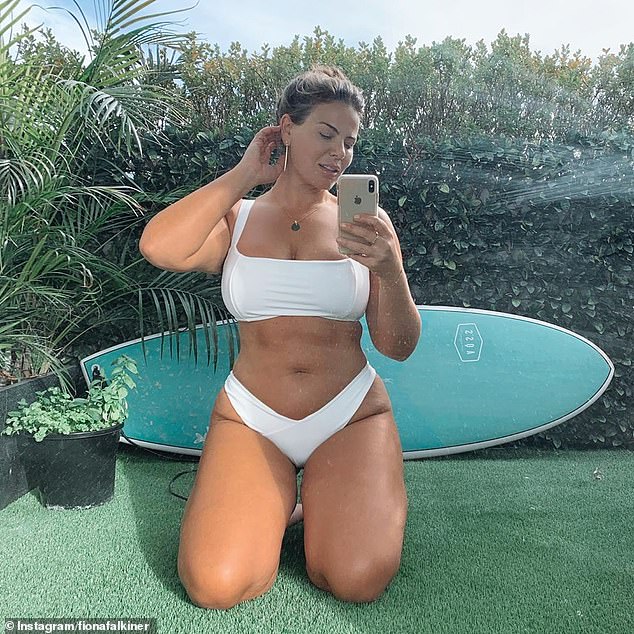 Changes: ‘I’m a size bigger than I am normally am’: Fiona revealed her body changed ‘dramatically’ after having a child during an interview with Stellar magazine in August

Fiona also spoke about the ‘stupid mistake’ she made by deciding to return to work just two months after giving birth.

‘Stupidly – I think now in hindsight – I told my clients I would be back after eight weeks, which, I’ll be honest, was probably too much for me,’ Fiona confessed.

She believed she could competently work from home while her son was asleep, but the body-positivity activist found herself becoming too tired.

After some convincing from her partner Hayley, the former Biggest Loser contestant opted for more time off. 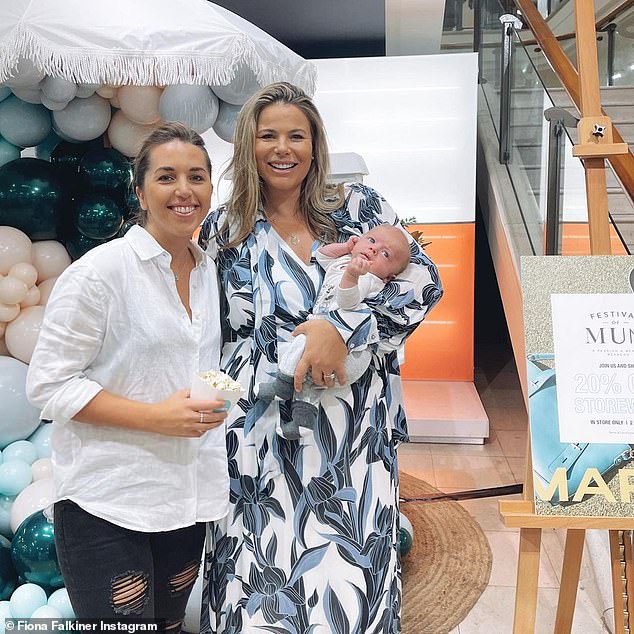 Plans: The TV presenter and model welcomed her son in March with fiancée Hayley Willis (left)