The investigation for two missing Milwaukee teenagers escalated into a heated confrontation between police and locals where a house was set on fire and three people were shot by gun fire.

On Tuesday a search for missing teens Tydrianna Perkins, 15, and Gilbreana Perkins, 13, was conducted in Milwaukee near North 40th and West Lloyd Streets, but it escalated into a chaotic scene when locals and protesters showed up.

One of the girls was found safe Tuesday night, according to Milwaukee Police Chief Alfonso Morales, and police were working to find the other. The 13-year-old girl Gilbreana was found safe in ‘another location’ not near 40th and Lloyd streets.

However, family members of both girls told local TV stations that both teens were found safely by Tuesday night, as per the Milwaukee Journal Sentinel.

Chief Morales said police had ‘not received the cooperation we would expect from family.’

Police are investigating whether the girls may have been victims of sex trafficking, police spokeswoman Sgt. Sheronda Grant said. 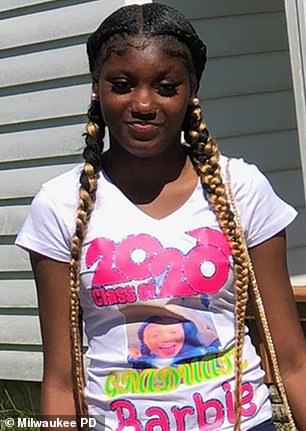 The investigation for two missing Milwaukee teenagers Tydrianna, 15, (left) and Gilbreana, 13, (right) escalated into a heated confrontation between police and locals where a house was set on fire and three people were shot by gun fire on Tuesday. 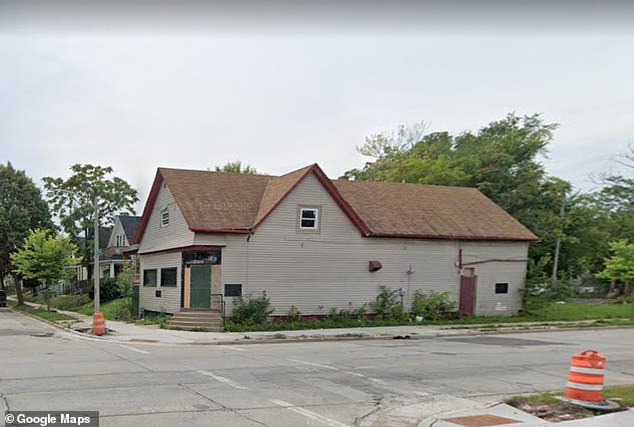 Police searched a home on the 2100 block of North 40th Street multiple times to check for the girls but did not find them on Tuesday. A crowd of locals and protesters gathered at the home, rumored to be involved in sex trafficking, and culminated in clashes with police and gunfire

‘That’s something that we are looking into. So that’s under review. However, I can’t confirm that that is the case,’ Grant said.

The two girls, both African American, had not been considered critically missing and did not meet criteria for an Amber Alert to be issued, Grant said.

They were last seen near 21st and Locust on Sunday around 5pm.

The Milwaukee Police Department is yet to return DailyMail.com’s request for comment on the nature of the missing persons case.

On Monday and Tuesday responded to the home on the 2100 block of North 40th Street multiple times to check for the girls, but did not find them.

Around 10am on Tuesday a group of people looking for the girls went to the home and cops responded to the scene, but did not find the girls.

Around 11am police returned to the scene after there was an ‘exchange of gunfire’ between someone inside and someone from a group of people trying to get inside. No injuries were reported in that incident.

Over the course of the day hundreds of people arrived to look on as investigators worked inside the home.

Locals accused the police of not caring about the missing black girls and said the neighborhood was known to be involved in sex trafficking, as per WISN. 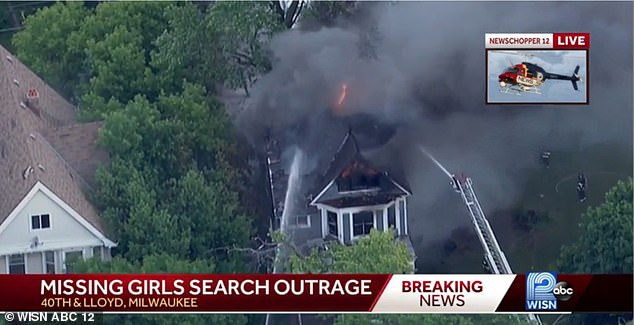 By Tuesday evening the tension exploded as people threw bricks at officers, a couch and home were set on fire and gunfire rang out, hitting three people

A view of people loitering around a house at the search scene, left, and smoke rising from a home set on fire pictured right 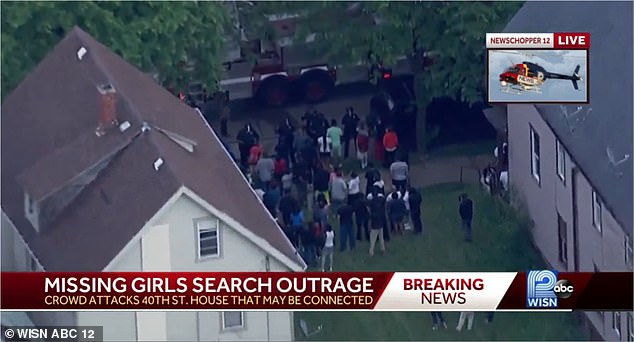 A large group of people gathered in the area to watch police investigate a home where the girls were suspected to be. But as the hours wore on, bystanders became frustrated and threw bricks at police and some tried to enter the home on their own to find evidence of the teens

Things getting very tense in an alley at 39th and Lloyd in a missing girls case. Two teenage girls are missing, the crowd here says this house is where they were last seen. People in the crowd tell me it’s a known sex trafficking house. Police have not confirmed. @WISN12News pic.twitter.com/GiGiDhVKUp

Some people in the crowd threw bricks at the officers, prompting more officers to respond.

Some of those rowdy crowd members believed that the house was linked to rumors of sex trafficking and broke into the house looking for evidence. Others smashed the windows of a car parked on the property.

By 5.45pm people had set a couch, a vehicle and a house on fire, Police Chief Morales said in a news conference on Tuesday.

Also around 5.45pm two 14-year-olds, a boy and a girl, were shot and suffered non-life threatening injuries. Morales said they were not shot by police.

Then a 24-year-old man was shot near the same scene around 7.30pm after someone fired shots at his car. He refused medical treatment and his injuries are not life threatening. 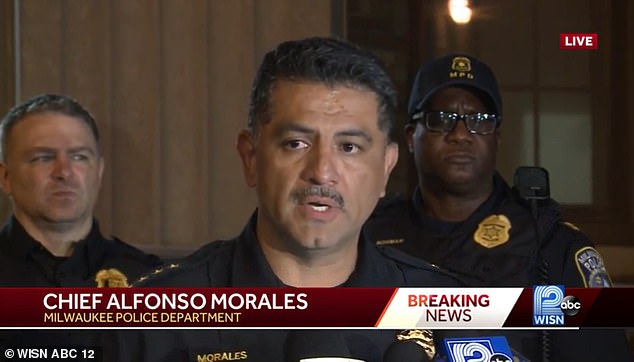 One of the girls was found safe Tuesday night, according to Milwaukee Police Chief Alfonso Morales, and police were working to find the other. The 13-year-old girl Gilbreana was found safe in ‘another location’ not near 40th and Lloyd streets

In an effort to quell the crowds, police fired tear gas, rubber bullets and ppepper spra as protesters through bricks and other projectives at officers.

The house under investigation was set on fire around 5.20pm, sending plumes of gray smoke into the night sky.

In the fires and confrontations with bystandes seven police officers and one firefighter were injured, according to Fox6.

After 7pm a small group began a protest march away from the scene.

Morales condemned the ‘vigilantism’ at the scene.

‘This whole chain of events could have been avoided. And my heart goes out for the people that live in this community,’ Morales added.

‘We investigate the information that is given to us. We can’t allow an unruly crowd to determine what that investigation is,’ Morales said.