Firefighters are tackling a huge fire near the One Stop Shopping Centre in Perry Barr, Birmingham.

The separate blazes broke out on wasteland in Regina Drive, directly behind the retail park in Walsall Road.

West Midlands Fire Service said it had received a call at 4.20pm and currently has 20 firefighters at the scene.

The blaze broke out in a disused building on Regina Drive, directly behind the retail park in Walsall Road 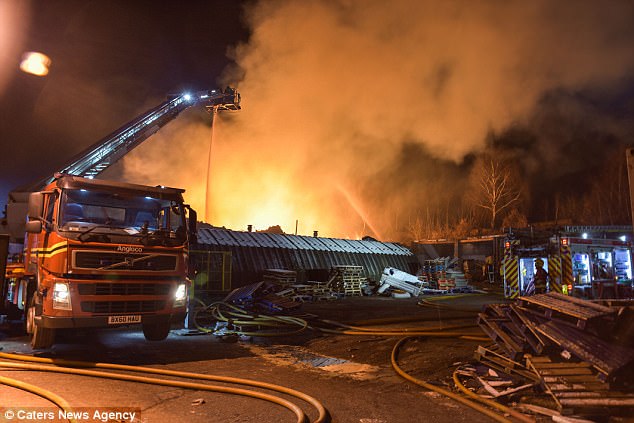 West Midlands Fire Service was called at 4.20pm and currently has 20 firefighters at the scene 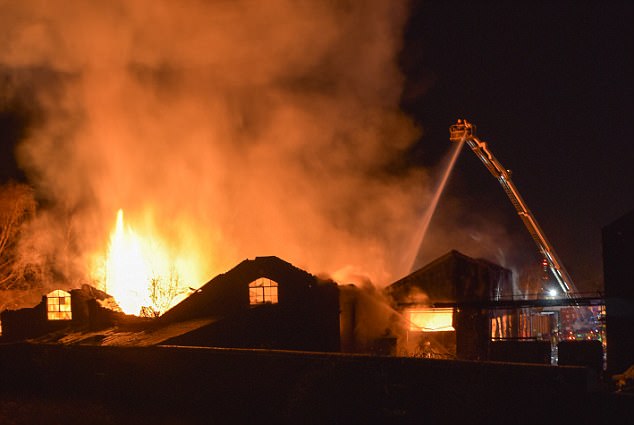 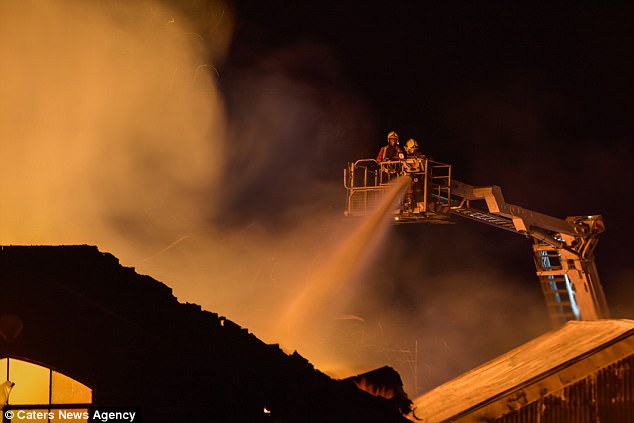 One of the fires is adjacent to the Birmingham to Walsall railway line, West Midlands Fire Service said 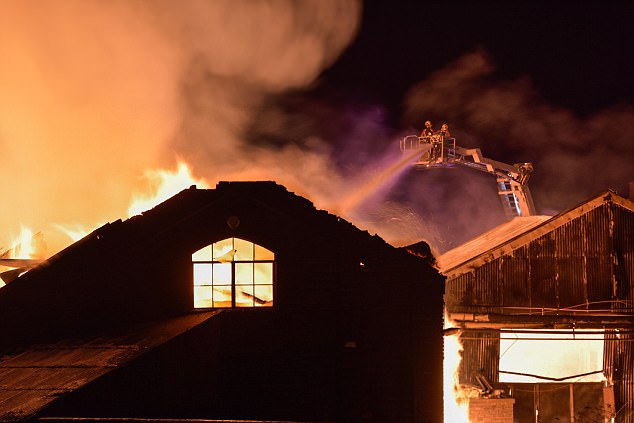 A West Midlands Fire Service spokesman said: ‘We have four pumps in attendance at the minute. The main jets are in use.

‘It’s adjacent to the Birmingham to Walsall railway line. We have told Network Rail.’

West Midllands Fire tweeted: ‘Crews from Aston Fire, Perry Barr Fire and Handsworth Fire dealing with a fire in the wasteland next to One Stop Retail Park.

‘Large amount of smoke in the area, but One Stop is not affected by fire.’

One Stop shopping centre manager Mark Burbridge told the Birmingham Mail: ‘It is on waste land at the back of Regina Drive. It is under control and there’s been no one at risk.

‘One Stop is still trading, we are still open.’

Regina Drive runs behind the retail complex, which has a number of big name stores including Asda, a Marks and Spencer’s outlet, Nike, Poundland, Boots, Argos, Clarks, Sports Direct, Holland and Barrett, KFC and Wilkinsons.