Firemen are told to carry out blood pressure tests for NHS

Firemen will carry out blood pressure and heart checks under a major NHS drive to prevent early deaths.

They will conduct medical tests during fire safety inspections of homes – and refer patients to doctors if the readings are too high.

Supermarkets, offices and schools will also be instructed to install blood-pressure machines to allow the public to test themselves.

It is focused on detecting conditions such as high blood pressure, high cholesterol and atrial fibrillation, where the heart beats very fast or erratically.

At least 7million Britons are thought to be living with at least one of these conditions without ever being diagnosed as there are few symptoms.

The scheme, by the NHS and Public Health England, aims to dramatically improve detection.

But patients’ groups questioned whether it was appropriate for firemen to carry out these checks.

Joyce Robins, of Patient Concern, said: ‘Firefighters should stick to fighting fires and leave the routine medical checks to doctors and nurses.

‘People won’t want firemen quizzing them on their health and taking their blood pressure while extinguishing a fire or testing their smoke alarm.’

Firemen would carry out the checks during ‘safe and well’ visits normally offered to those over 65 or vulnerable.

The visits are to fit smoke alarms and ensure there are no fire hazards such as faulty wires.

The scheme will also call for stand-alone blood pressure machines, whereby patients insert their arm into a metal cuff and get their reading on a slip of paper.

NHS officials want these to be in public places such as supermarkets, schools and offices.

But GPs are concerned patients may overdiagnose themselves and rush to make appointments for blood pressure that is raised only slightly. Cardiovascular disease – including heart attacks and strokes – kills 160,000 a year. 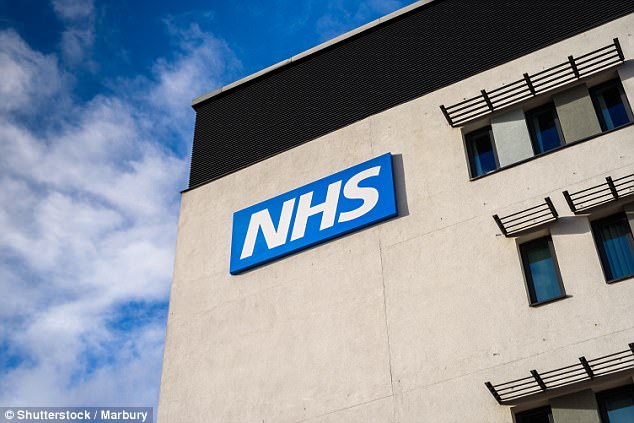 The scheme, by the NHS and Public Health England, aims to dramatically improve detection

NHS medical director Sir Bruce Keogh, who is a former heart surgeon, said: ‘We know how to treat the resulting heart attacks and stroke, but everyone knows that prevention is better than cure.’

Duncan Selbie, of Public Health England, said: ‘High blood pressure is the invisible killer. We want people to be as familiar with their blood pressure numbers as they are with their credit card PIN or their height.’

He backed a move to put the blood pressure machines in shops and offices, saying: ‘At supermarkets – Asda, Tesco, making it normal to have your number on your till receipts.

‘You could do it at the till, with technology it’s so easy. Some 60 per cent of your waking hours are spent in the workplace, it’s a fantastic place to do this stuff.’

The initiative is part of the NHS Rightcare Cardiovascular Prevention Pathway, which was revealed by the Daily Mail last month.

GPs and pharmacists in some areas have already been encouraging adults to get their blood pressure, cholesterol and heart rates checked regularly.

Once diagnosed, patients may be prescribed statins to reduce cholesterol or medication to cut blood pressure.

Figures analysed by Public Health England show that about 9,000 heart attacks and 14,500 strokes could be prevented a year if all patients were diagnosed and received treatment.

Professor Helen Stokes-Lampard, chairman of the Royal College of GPs, said: ‘GPs right across the country are only too aware of the terrible health impact that cardiovascular disease has on our patients, so we welcome any initiative that can support us to help prevent this, as long as it is properly resourced, and in the best interests of the patient in front of us.

‘However, many of our members have valid concerns about blanket health checks that both deflect resources away from delivering patient care to those who really need it, and have the potential to cause unintended harms.’

Simon Gillespie, of the British Heart Foundation, said: ‘Early detection and management of medical risk factors such as high blood pressure, atrial fibrillation and high cholesterol will ensure patients get the right treatments in sufficient time to prevent heart attacks and strokes.

‘The NHS is good at doing this in some areas of the country but there is variation in other parts.

‘If we can better detect and treat atrial fibrillation, high blood pressure and high cholesterol, we will reduce the burden of living in poor health as a consequence of heart attacks and strokes, for individuals, their families and the NHS.’