Appearing alongside her husband, the first lady wore a floor-length sleeveless black gown.

The gown appears to be a similar version of a gown designed by Akris, which sells for $5,990.

President Trump, who wore a black bow tie, and the first lady spoke at the start of the gala, which was held Wednesday in the East Room.

The annual event is a celebration of the nonprofit group founded by Jacqueline Kennedy in 1961. 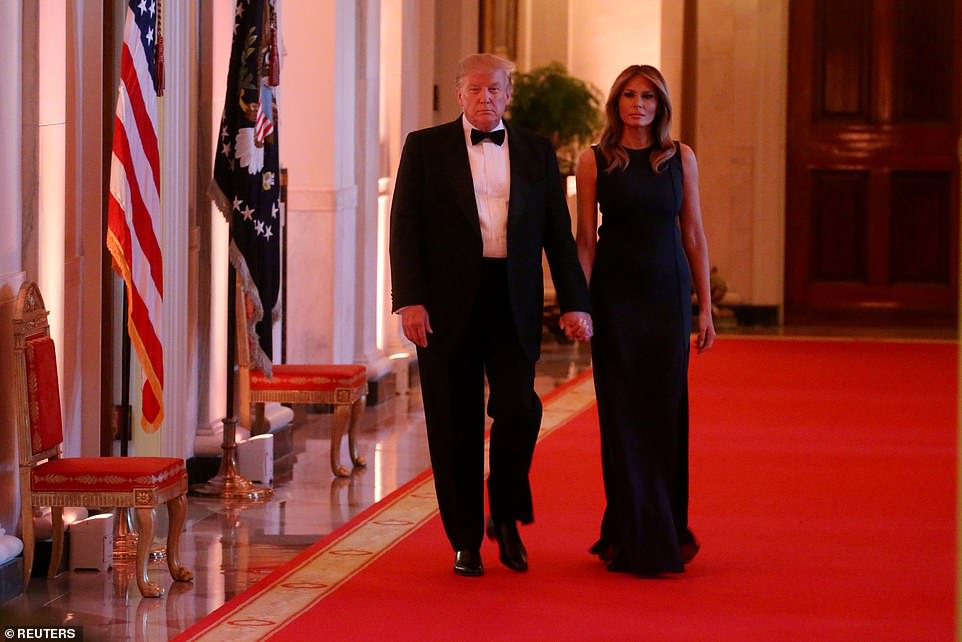 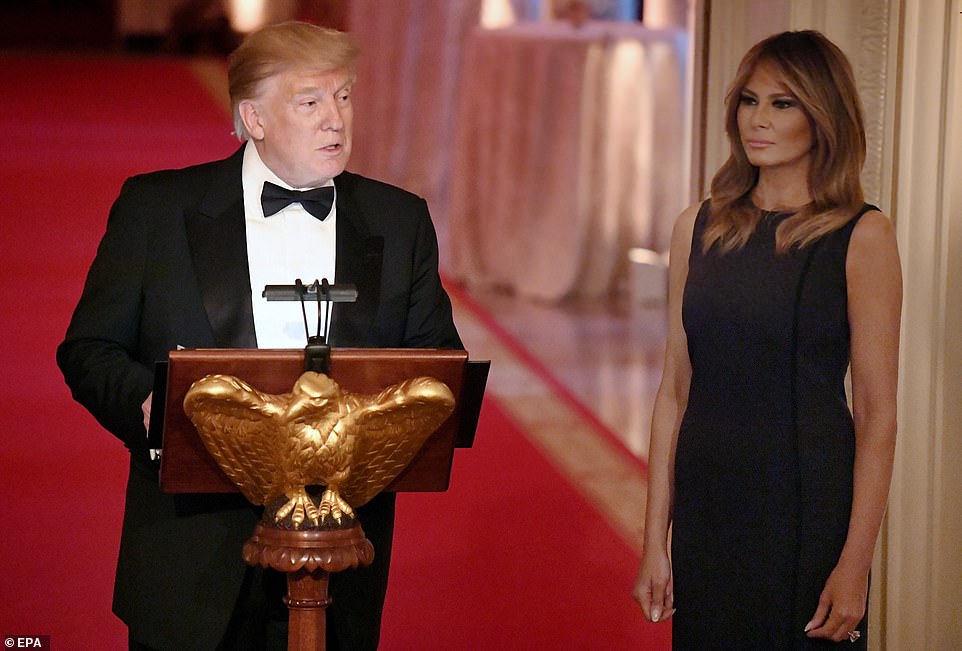 The president wore a black bow tie. He is seen above addressing the attendees in the East Room on Wednesday 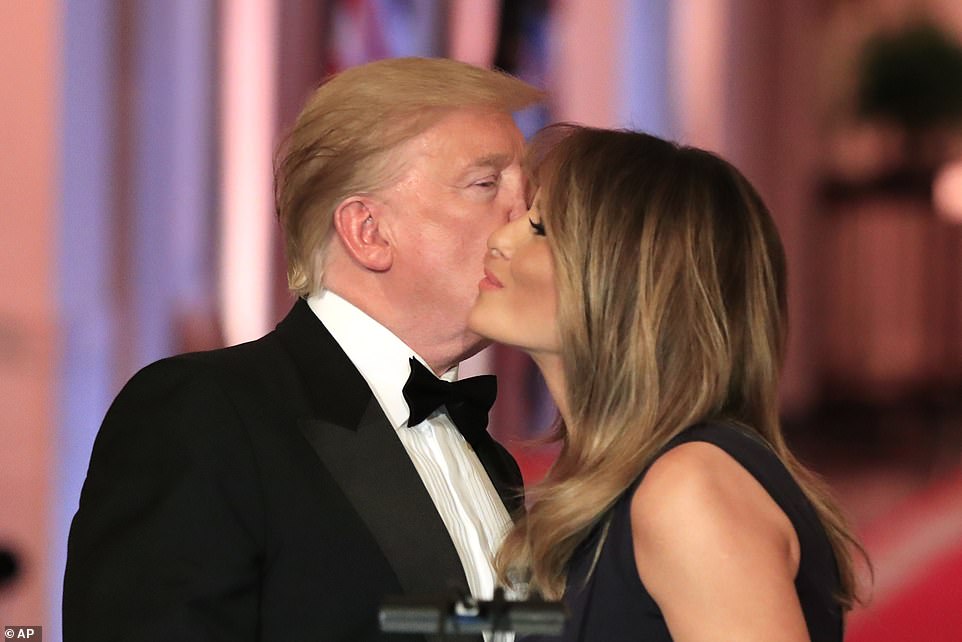 ‘The White House Historical Association has been a real partner with my office over the past three years, helping to fund this work and promote the important history and timeless beauty of the White House,’ the first lady said.

‘I want to thank you all for being here tonight. 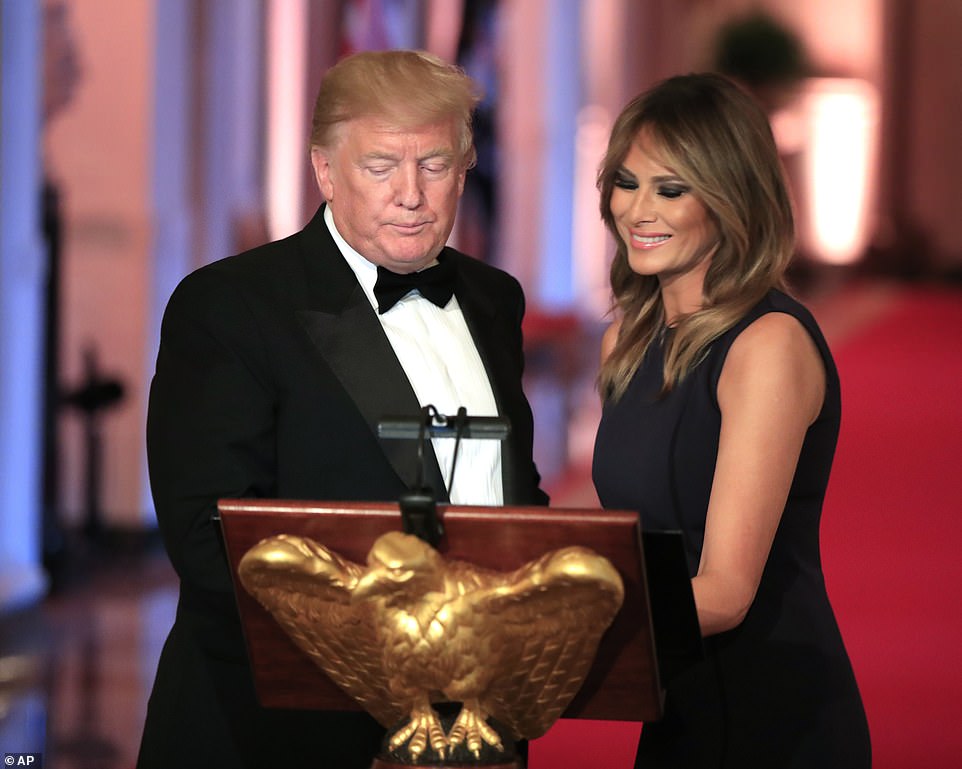 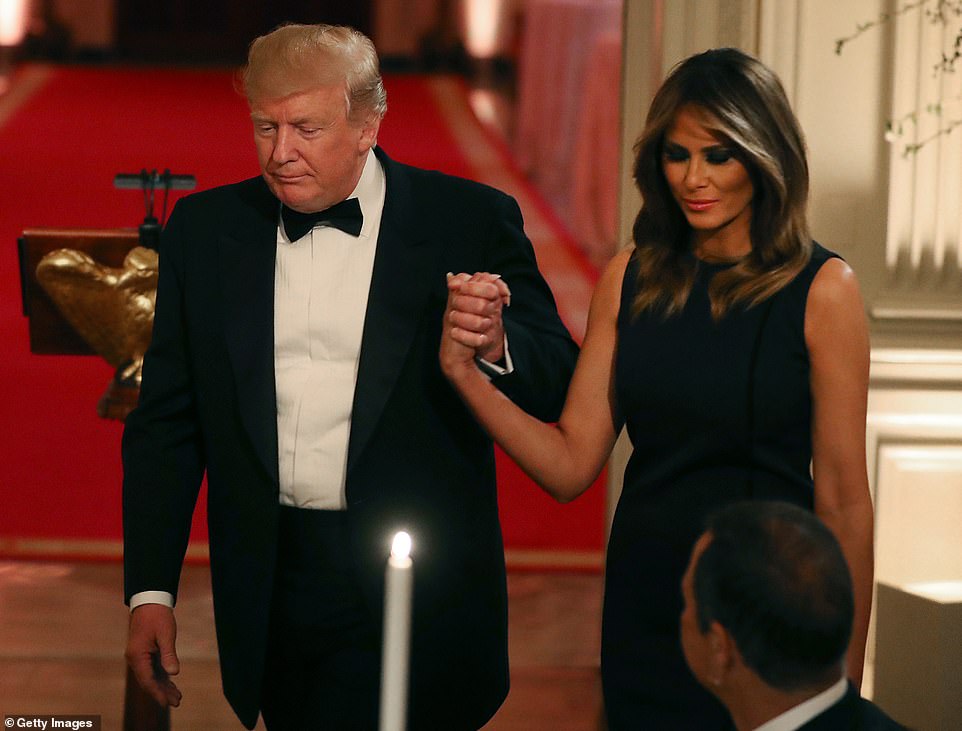 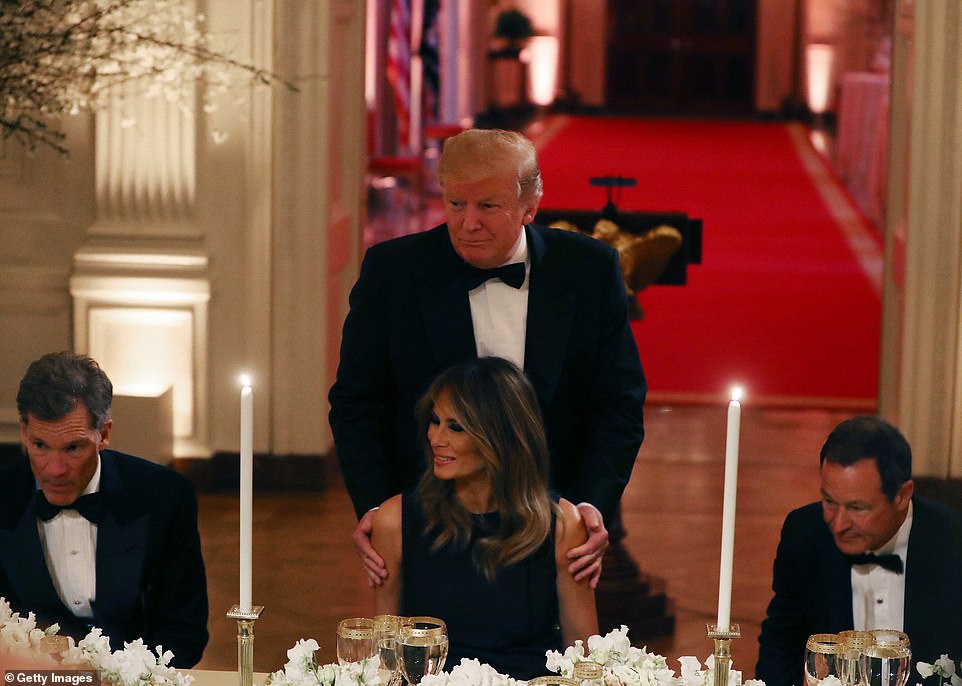 ‘This is an evening I look forward to every year.’

Earlier on Wednesday, Trump used a ceremony for fallen law enforcement officers to criticize big-city prosecutors he asserts don’t go after criminals who pose a severe threat to public safety. 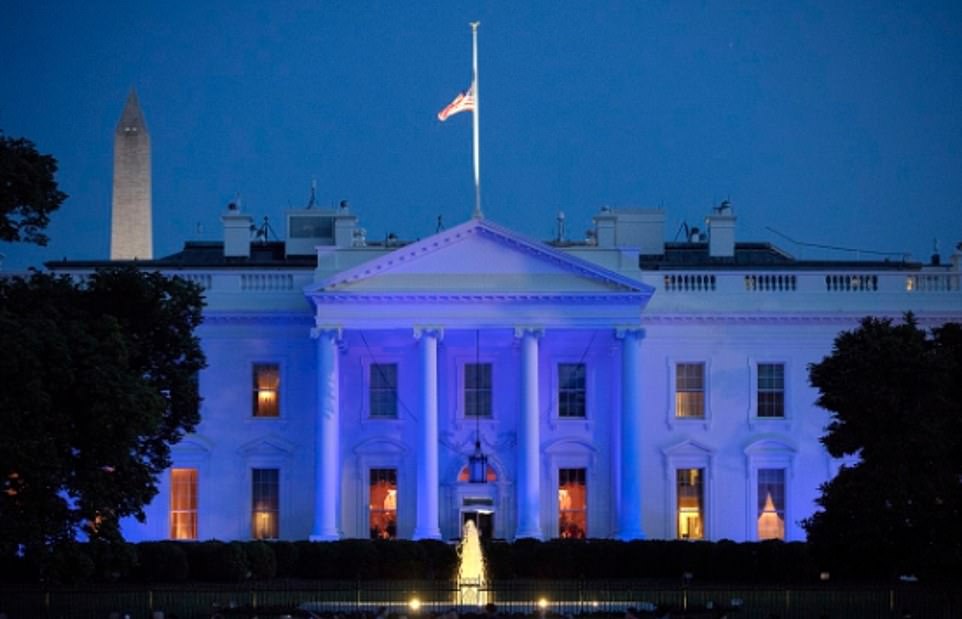 Trump pledged to the families of fallen officers that the country will ‘never, ever leave your side, never disappoint you’ but went beyond memorializing for much of the annual event.

He singled out prosecutors in Philadelphia and Chicago as being part of a ‘dangerous trend’ by deciding not to prosecute ‘many criminals who pose a severe threat to public safety and community well-being.’