First-time buyers looking to get on the property ladder following the coronavirus crisis may face a £12,000 gap in their finances as banks offer only high-deposit mortgages.

The Government reopened the housing market last week after it was effectively shut down in March in response to the COVID-19 pandemic.

But because of fears of a collapse in house prices, banks are demanding more cash up front from would-be buyers.

First-time buyers looking to get on the property ladder following the coronavirus crisis may face a £12,000 gap in their finances as banks offer only high-deposit mortgages

A report issued by financial analysts Moneyfacts showed that the number of mortgage deals for customers with a 10 per cent deposit has dropped from 780 in March to just 87, according to The Telegraph.

This means buyers could need more than £12,000 up front to buy the same home they were interested in before the crisis struck.

There are also only 30 different mortgages available to borrowers with a five per cent deposit, down from 393 before the property market was forced to close. 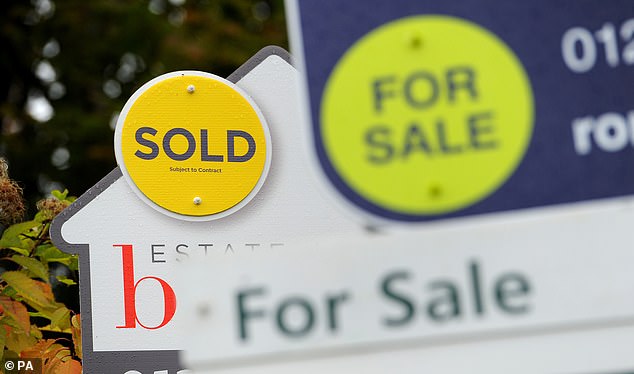 For customers available to raise a 15 per cent deposit, there are 251 deals available.

Analysts from Deutsche Bank have said that house prices could fall by more than a fifth.

And in what they termed their ‘worst case scenario planning’, Lloyds Bank said prices could fall 30 per cent in the next three years.

Banks are also worried that buyers may not be able to meet their monthly mortgage payments after household finances were badly damaged by the coronavirus outbreak.

Should you make your move? With the freeze on property sales finally over, find out if now REALLY is a good time to buy or sell with our definitive guide

By Miles Dilworth for the Daily Mail

It was a different world when Valerie and Paul Sanders* agreed to buy a £700,000, four-bedroom home in Orpington, Kent.

They were cash buyers and the vendor was moving into rented accommodation; there was no chain, no hold-ups.

But with the exchange scheduled for March 23, the day the UK entered lockdown, the sale became one of around 450,000 deals put on ice. 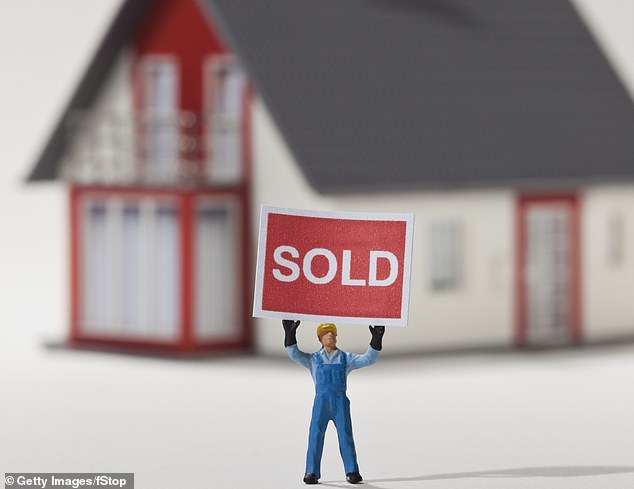 Estate agent Knight Frank says prices may have dropped by 5 per cent since lockdown. It forecasts a further 2 per cent fall by the end of the year before they begin to recover

After the Government restarted the property market last Wednesday, the couple are now among thousands of buyers and sellers grappling with how to progress their home move in an unrecognisable market.

‘Have house prices dropped?’ Valerie, 71, asks. ‘If so, by how much? And should we now press ahead and buy the house or put in a lower offer?

‘We don’t want to buy it and then find in four months’ time the value has dropped by 10-20 per cent.’

Money Mail has spoken to property experts across the country to help you navigate the confusion.

WHAT IS HAPPENING TO PRICES?

Knight Frank says prices may have dropped by 5 per cent since lockdown. It forecasts a further 2 per cent fall by the end of the year before they begin to recover.

But Lloyds Banking Group has said a ‘severe scenario’ could see house prices fall by 10 per cent by the end of the year and 30 per cent over three years, although a 5 per cent fall by the end of 2020 is more likely.

The Royal Institution of Chartered Surveyors (Rics) says it does not expect a recovery until next Easter at the earliest.

AS A BUYER, SHOULD I RENEGOTIATE?

Buyers can renegotiate the price before contracts are exchanged. Last week Money Mail revealed some were already seeking discounts of up to 20 per cent.

Property expert Henry Pryor says a responsible approach should be sought. ‘Just say: ‘Sorry, the deal doesn’t work like it did before,’ This is about accepting the reality of a global crisis.’

But Jeremy Leaf, a North London estate agent and former chairman of RICS, says he is yet to see any of his clients try to renegotiate.

Mortgage lenders may ask to revalue the property if a lower price is agreed.

But if you pull out of a deal after exchange, you may be in breach of contract and vendors can sue for losses and could keep your deposit.

Virus could cost us our dream home 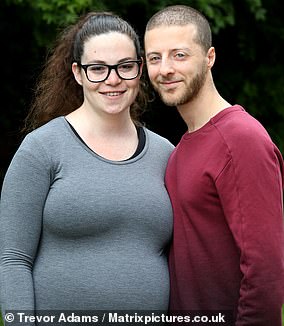 Ben Smith and Maia Eyal had agreed an offer for £723,000 on a home before the coronavirus pandemic hit

Ben Smith*, 28, and Maia Eyal, 27, thought they had found their dream family home before the coronavirus pandemic hit.

With a wedding on the horizon and Maia seven months pregnant, they were delighted to have agreed an offer for £723,000 on a detached home in Barnet, North London, in late February. It would have been a marked improvement on their small, third-floor flat in Watford.

But hitting the restart button after the Government lifted its ban on home moves has proved difficult.

The couple, who both work in the airline industry, have since been furloughed and taken pay cuts. Their mortgage offer has been reduced from £419,000 to £350,000, which means they can no longer afford the new property.

They have placed a new bid of £675,000 and are nervously awaiting a response.

‘We thought we’d found the perfect place,’ says Ben. ‘We’re worried our new bid might not be accepted, which would mean having to find somewhere else.

That could be hard because not many places have been coming on to the market recently. We might have to look at something temporary.’

* Not their real names.

WHO CAN TAKE ADVANTAGE?

‘Second-steppers’ may find the discount on the larger property they wish to buy is greater than the fall in value of their existing home.

Rob Houghton, chief executive of comparison website Reallymoving, says while negative equity is a risk for those who bought recently with small deposits, those who bought their first home more than five years ago can withstand any short-term price dip.

This could free up stock for first-time buyers, but they may find it harder to get a mortgage.

Lenders have cut offers for those with deposits of 10 per cent or less by more than 90 per cent, says data firm Moneyfacts.

WILL MY MORTGAGE BE WITHDRAWN?

Banks are reviewing offers to households whose circumstances have changed during the lockdown, and could withdraw deals even if contracts have already been exchanged.

Furloughed homeowners could struggle to remortgage when their existing deal expires, experts warn.

Many lenders are asking borrowers to provide a letter from their employer confirming they will still have a job when the Government’s job retention scheme ends.

But Dominik Lipnicki, of Your Mortgage Decisions, says many employers are unwilling to do so and ‘this can prove a real issue in obtaining a mortgage’.

Employers can choose to top up the remaining 20 per cent.

But borrowers on a mortgage which relies on their full earnings may not be able to get a new deal.

It could mean more homeowners rolling over on to more expensive standard variable rates.

This could lead to loss of deposit

Anyone who has been furloughed since agreeing a mortgage may have to renegotiate their offer.

You may have to take a small loan or a longer mortgage term.

Most banks have said they will count furloughed income towards affordability checks, but Virgin Money does not.

Lenders are clamping down on borrowers using bonuses and commission to support their income, while the self-employed are also having their applications scrutinised in greater detail.

SHOULD I HOLD OFF ON SELLING?

Banks have restarted physical valuations and property website Rightmove reported a 111 per cent week‑on-week increase in new sales listings on the day the market reopened.

But Steven Wayne, of Benjamin Stevens estate agents, says it is important your property does not get ‘lost in the crowd’.

He says it will take a few weeks for buyers to get used to the idea of visiting homes again, so if you list now, you might jump the gun.

He adds: ‘You only get one chance to make a first impression.’

WHAT ARE THE NEXT HOT PROPERTIES?

There has been a surge of interest in rural areas or smaller towns as households adjust to working from home.

Savills says there has been a rise in buyer registrations in Winchester in Hampshire, Newbury in Berkshire, Canford Cliffs in Dorset and the East Neuk of Fife on the east coast of Scotland.