Christmas in the Caribbean has always been high on my holiday wish list, but as first-time cruisers, my wife Kay and I were hesitant about spending five nights on board a liner, especially since two nights were at sea. But a voyage around the Caribbean on the Azamara Journey opened our eyes.

Not only were there passengers of all ages, but the convenience soon became apparent – we visited four countries in one week, without booking separate flights and hotels – or lugging suitcases around.

And it’s certainly comfortable: the ship is described as ‘a boutique hotel at sea’.

The Mail on Sunday’s Security Correspondent Abul Taher went on a Caribbean cruise with his wife, Kay, over Christmas. During the voyage they stopped at Tortola, the capital of the British Virgin Islands. Pictured, Tortola’s Cane Garden Bay 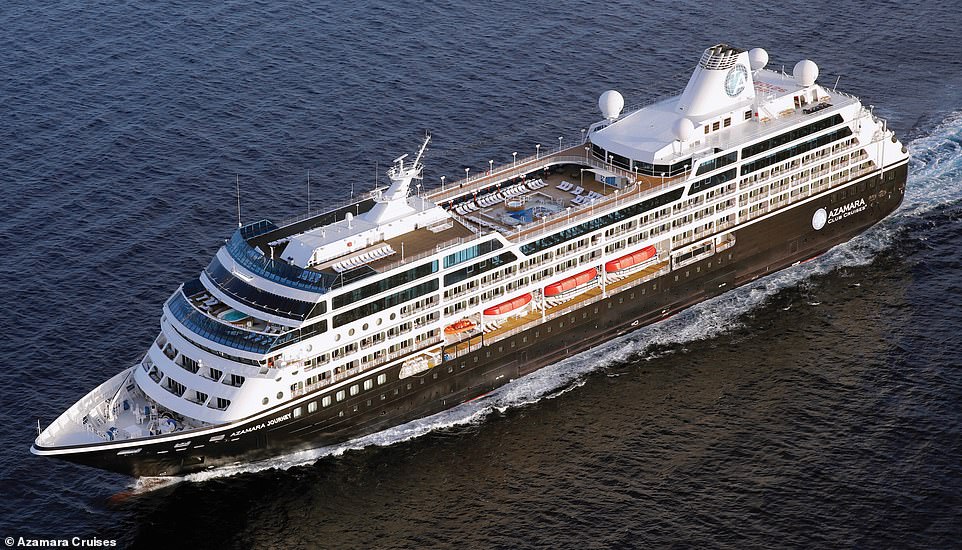 The first-time cruisers spent five nights on the Azamara Journey, pictured, along with 690 other passengers 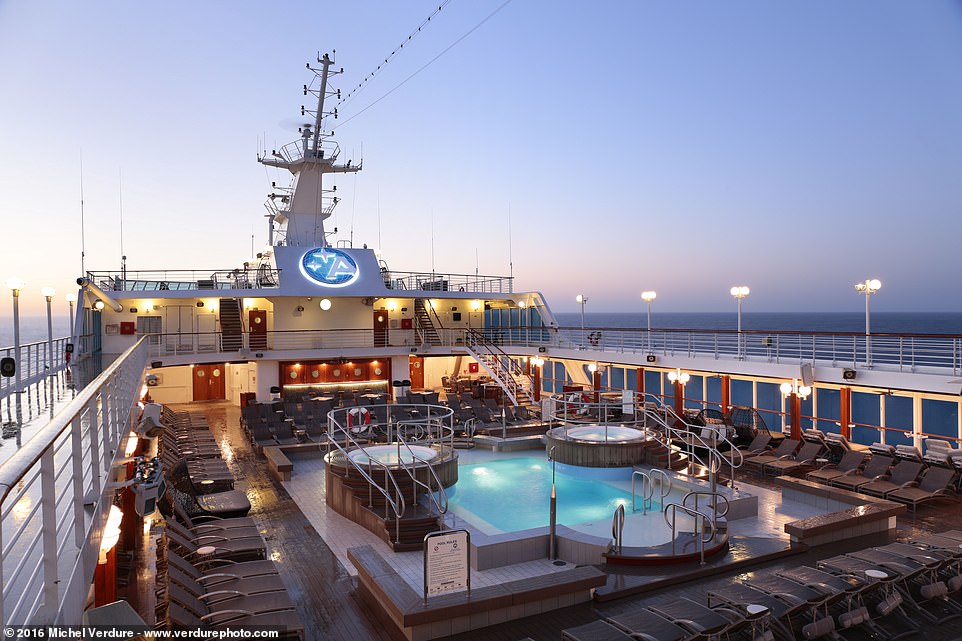 One of the ship highlights was ‘the White Night party’ at the poolside bar, which saw all passengers and crew wearing white as they dined on a buffet laden with food from around the world 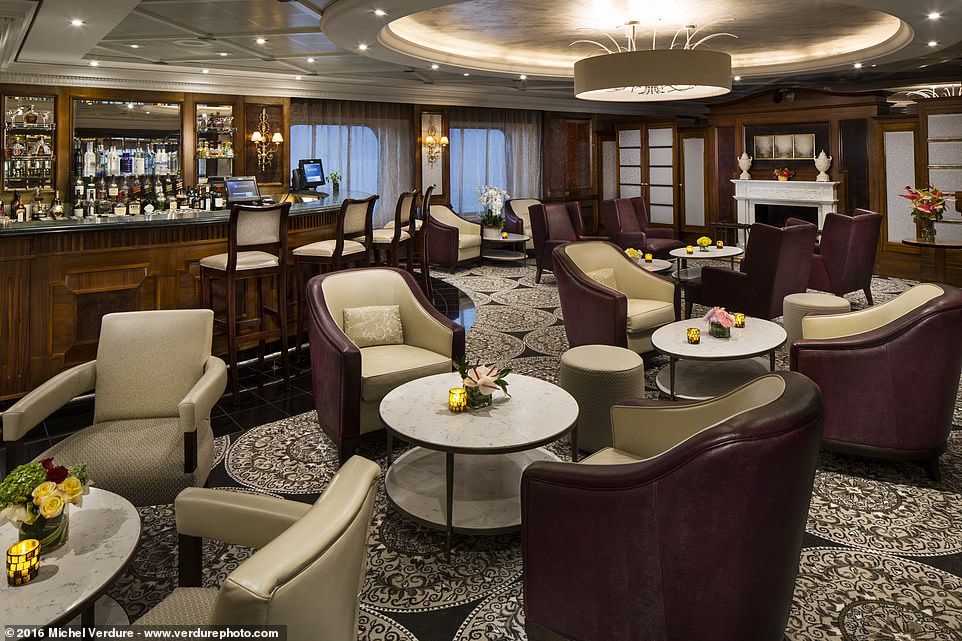 Abul writes: ‘Across the ship’s 11 decks we found dozens of bars and restaurants, offering everything from buffet dinners to gourmet steaks, lobster and caviar with fine wines’

We and 690 other passengers started our five-day cruise in San Juan, the capital of Puerto Rico. The city had a carnival atmosphere, with dancers gyrating to salsa tunes in the colourful streets that led to La Fortaleza, the palace of the island’s governor.

La Fortaleza is a five-minute walk from Castillo San Cristobal, the city’s old fortress, built by the Spanish to protect San Juan from attacks (usually by the English). On board we were greeted in our stateroom with a bottle of champagne and chocolates. A balcony gave us breathtaking views over the next five days.

Across the ship’s 11 decks we found dozens of bars and restaurants, offering everything from buffet dinners to gourmet steaks, lobster and caviar with fine wines. Then it was on to the live Broadway-style theatre entertainment, the casino and disco.

The following morning we docked at Gustavia, the capital of St Barts, the chic French island that’s a haven for celebrities. With its luxury yachts and designer shops, St Barts felt like the South of France. French was spoken everywhere and the euro is the main currency. 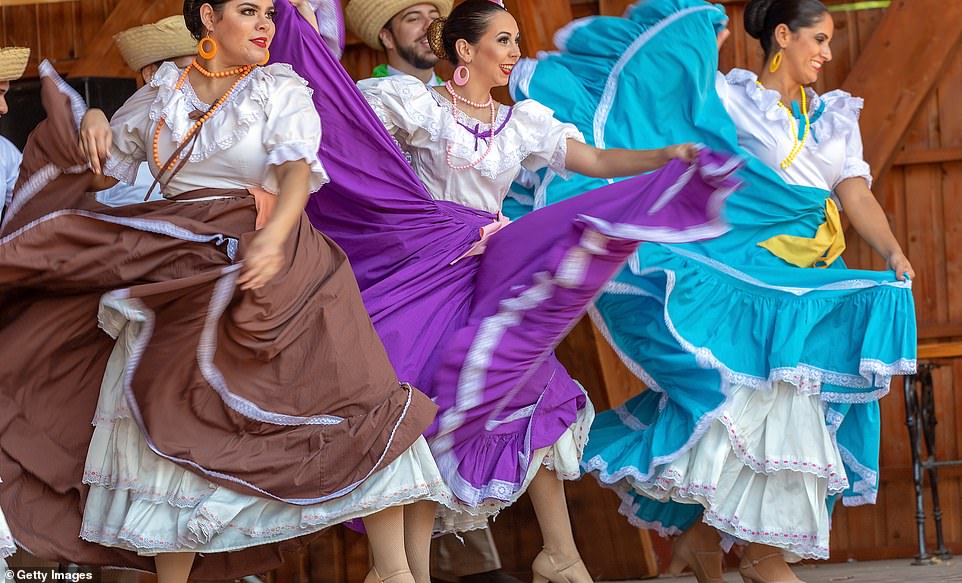 Dancing in the streets: The cruise set sail from San Juan, the capital of Puerto Rico, and the city had a ‘carnival atmosphere’. Pictured, Puerto Rican dancers in traditional dress 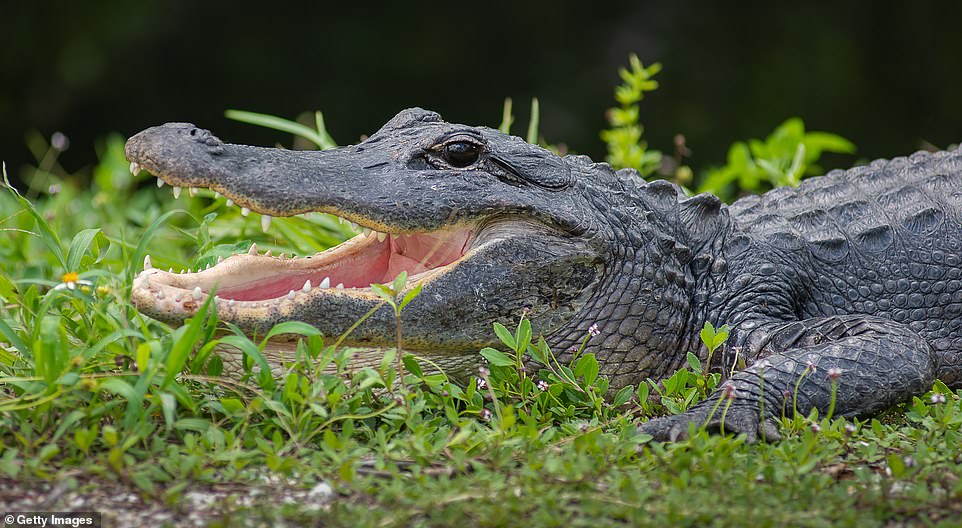 While in Miami, Abul and his wife went on an excursion to the Everglades by airboat. He writes: ‘Thrillingly, we caught sight of two alligators just feet away’

Back on board that evening, the White Night party at the poolside bar saw all passengers and crew wearing white as we dined on a buffet laden with food from around the world.

Tortola was next, the capital of the British Virgin Islands. While not as chic as Gustavia, it felt like a Caribbean carnival the moment we arrived, with musicians and dancers playing reggae music at the port’s promenade.

We toured the city on an ‘open-air safari bus’ while Bob Marley’s music blared out of the stereo.

The following two days and nights were spent at sea as we headed to Miami.

Most passengers spent time at the free poolside bar during the day – and we had spectacular views of Haiti and Cuba as we sailed past. 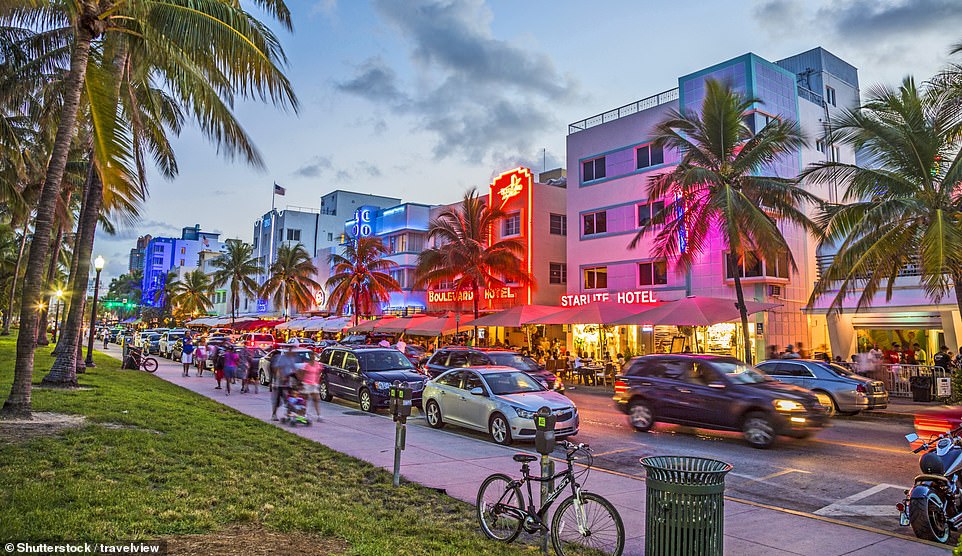 During the day, the Sanctum health spa offered massages, facials and hair styling, as well as acupuncture and even teeth whitening.

There were also lectures, as well as tours of the captain’s bridge and even the Azamara’s enormous kitchen.

On the morning of the sixth day, we arrived in Miami, having travelled 1,353 nautical miles around the Caribbean. We couldn’t pass up an excursion to the Everglades by airboat – and, thrillingly, we caught sight of two alligators just feet away.

We spent two more days in Miami, checking into a hotel on South Beach, famous for its miles of golden sand and Art Deco buildings.

South Beach’s promenade, Ocean Drive, is one of the most lively streets I have visited. The bars and restaurants there were alive with blaring music and dancers at their front doors cavorted around trying to attract custom.

As we flew back to England, we realised our first cruise had been nothing like we’d imagined – it was even better.