The first infant to receive the world’s smallest heart valve is celebrating the third anniversary of her experimental procedure.

Sadie Rutenberg, three, was born with a life-threatening heart defect on November 11, 2014 in Seattle, Washington.

After two unsuccessful surgeries, doctors told the infant’s parents Lee’or and Wendy that her only option was a tiny heart valve that never before been used, let alone been approved by the Food and Drug Administration.

Nearly three years after her parents held their breaths and waited for baby Sadie to come out of surgery, the energetic toddler is thriving thanks to the smallest heart valve in the world. 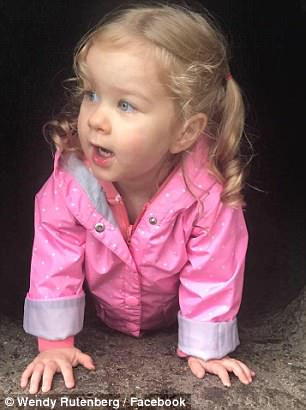 Then and now: Sadie Rutenberg, three, was born with a hole in her heart on November 11, 2014. She’s now celebrating the three year anniversary of the surgery that saved her life 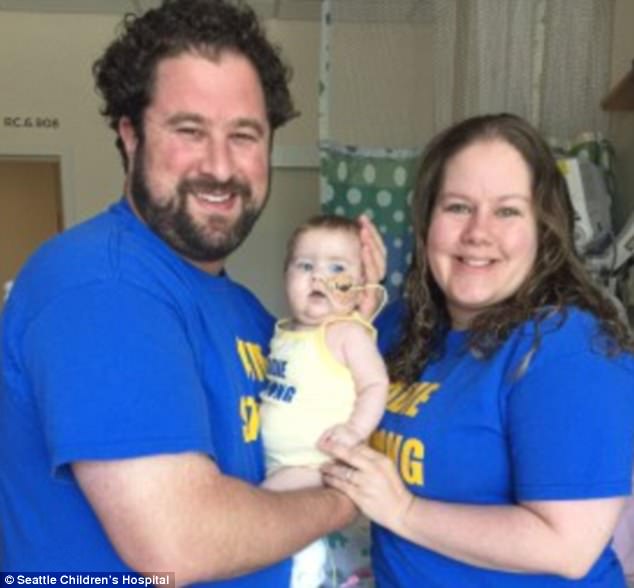 Sadie Strong: The little girl is pictured above with her parents Lee’or and Wendy on the day they brought her home from the hospital at eight months old

‘You look at her and you’d have no idea. She’s this vibrant, playful, energetic little girl. She has more energy than I do.’

Sadie was born with a complete atrioventricular canal defect (CAVC), a rare congenital condition affecting two of every 10,000 babies in the US each year.

In CAVC a large hole in the center of the heart allows oxygenated and unoxygenated blood to mix, cutting the amount of oxygen circulated throughout the body.

‘Every single day during that first year of her life, I’d wake up wondering if that’s gonna be the day we found out that she’s not gonna make it. That doesn’t ever end,’ Lee’or said.

‘There was no guarantee. No one was telling us she’s gonna be okay. In fact, [doctors] were very real about the fact that she could die.’

Sadie was just six months old when, after two unsuccessful attempts, she received her third open-heart surgery to fix the defect in May 2015.

‘Her surgeon came to us with the idea of using this heart valve, but told us that it wasn’t FDA approved and we could be a part of the trial to get it approved,’ Lee’or said.

‘She was gonna be the first child in this trial to get it. That was exciting but scary to be a part of a trial that’s such a big deal for saving my daughter’s life. I get shivers just talking about it.’ 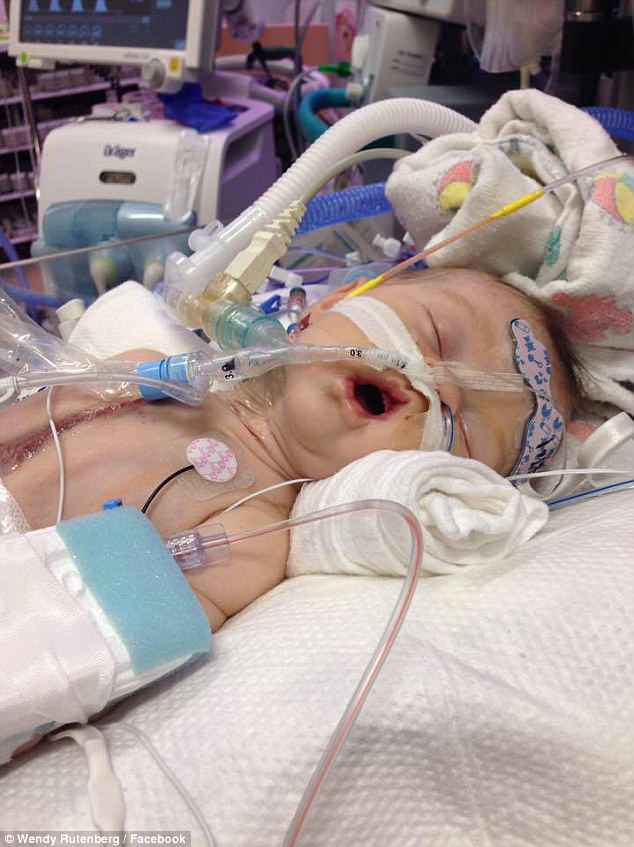 Hole in the heart: Sadie was born with a complete atrioventricular canal defect (CAVC), a rare congenital condition affecting two of every 10,000 babies in the US each year 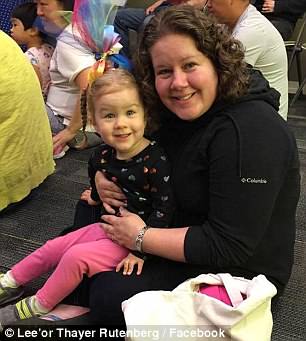 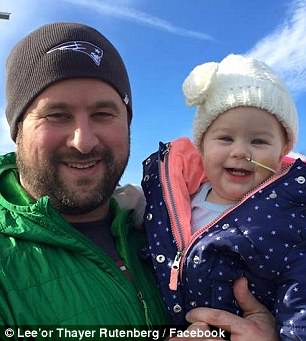 Three and thriving: Despite past health issues, Sadie is described by her parents as vibrant and energetic. ‘She keeps us on our toes,’ Lee’or said of Sadie

The Abbott Masters 15 mm heart valve is the smallest of its kind in the world, intended exclusively for babies and infants that wasn’t approved until March of this year.

Lee’or said that when Sadie went into the surgery, the parents were worried that the valve wouldn’t fit.

‘There’s a few moments where you can’t breath because you don’t know what’s coming. Then Dr. Chen tells you everything worked and you just get this huge breath,’ he said.

‘You start thinking about all the things you thought your daughter would never get to do and realize she’s gonna get to do them. It’s almost too much for words. I can’t tell you how happy that makes me.’ 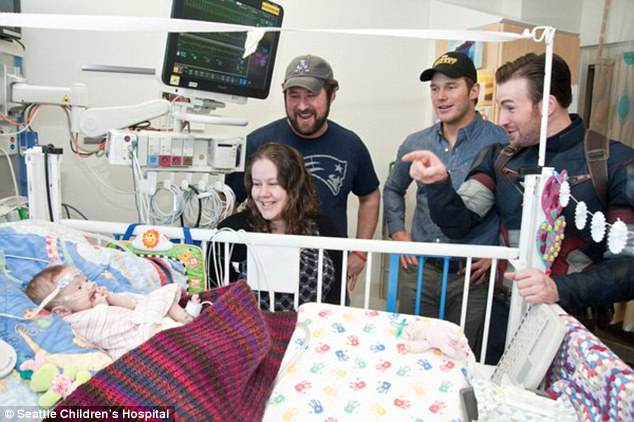 Heart heroes: Sadie and her parents are pictured with actors Chris Pratt and Chris Evans who visited her in the hospital in the summer of 2015 as part of the Make A Wish Foundation

For the two months following the valve surgery Sadie was kept in the hospital.

She underwent a total of five open heart surgeries and had a pacemaker put in.

At one point during her two-month recovery, she received some unlikely visitors through Seattle’s Make A Wish Foundation: actors Chris Pratt and Chris Evans.

Today she’s a regular toddler who loves to watch Patriot’s football with her dad.

‘She keeps us on our toes. She always wants to do things like go to the playground or to the zoo — she loves going to the zoo,’ Lee’or said.

‘She can’t get enough of life. She’s never shown any signs or ill effects from this. She’s just the cutest and the happiest.’ 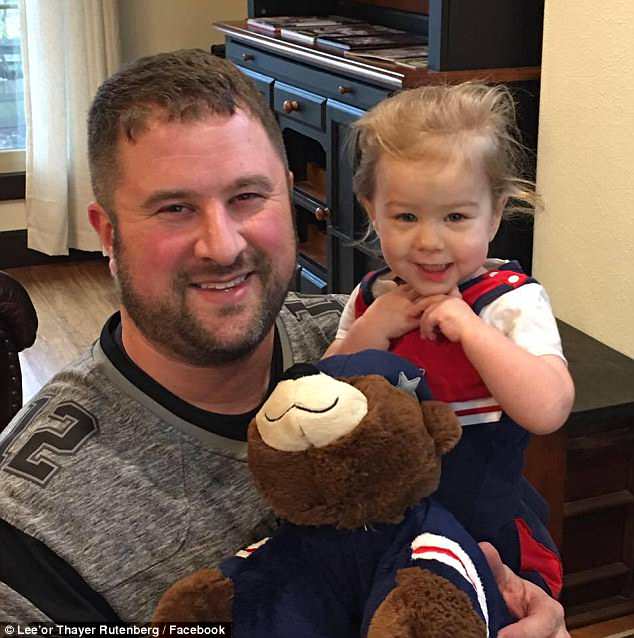 Future cheerleader: Three years later the toddler is enjoying a full life in Seattle, Washington, without showing any signs of the heart defect