Fisherman dives into river to save a deer from drowning

Heartwarming moment fisherman jumps into river to save deer from drowning

This is the moment a brave 21-year-old man swims across a fast-moving river to save a young deer from drowning.

Ivan Mezga leapt into the Mura river in the village of Krizovec in Medimurje County, the northernmost part of Croatia, to grab the struggling animal.

He had been fishing with two friends, Karlo, and Iva, when they spotted the tiny deer battling to stay above the water. 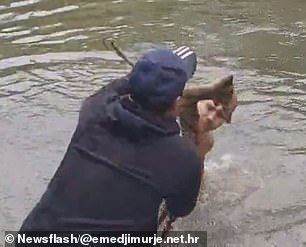 In the video, the 21-year-old can be seen swimming in the fast-flowing river in the village of Krizovec in Medimurje County, the northernmost part of Croatia, before he reaches the deer and swims it back to safety

Local newspaper Emedjimurje reported that Ivan jumped into the water without hesitating to save the drowning animal.

He told reporters: ‘I didn’t think at all, I just jumped into the muddy Mura to help a small, helpless creature.’

The trio used a YouTube video of deer noises to try to encourage the deer to swim closer to the shore before Ivan jumped into the river. 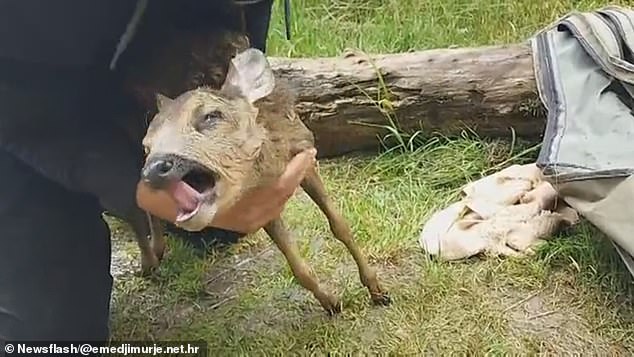 In the video, the 21-year-old can be seen swimming in the river before he reaches the deer and swims it back to safety.

His friend then lifts it out of the water and pumps its chest to force any water out.

The little deer whimpers as Iva, who is filming, cries in fear.

They use a towel to support the animal’s head and try to calm it down as it recovers its breath. 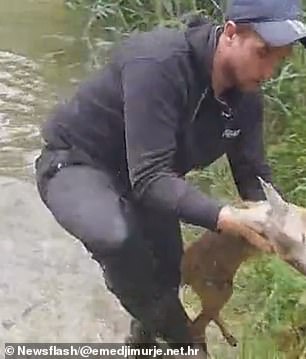 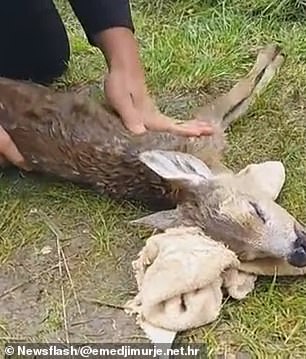 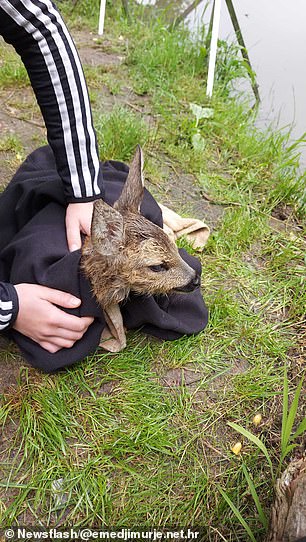 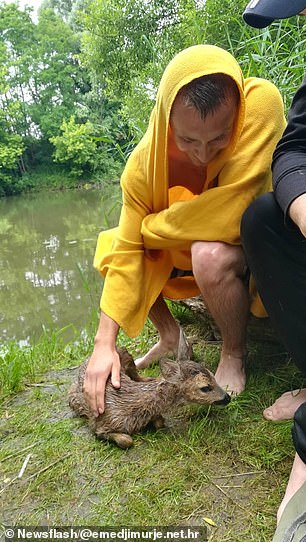 Ivan said: ‘We did not know exactly what to do, we found ourselves in this situation for the first time. But thank God .. we revived him.

‘We did everything to make that little creature spit out the water that was swallowed.

‘He started breathing normally and we were indescribably happy. We wrapped him in a blanket and called the Hunting Society from a nearby town.

‘The local gamekeeper arrived within five minutes. And he was surprised and happy at the same time, he couldn’t believe I jumped into that muddy water and saved the little creature.’

The deer is now safe and healthy, staying in a shelter with the local gamekeeper in Senkovec. Ivan regularly calls the gamekeeper to check up on the deer. 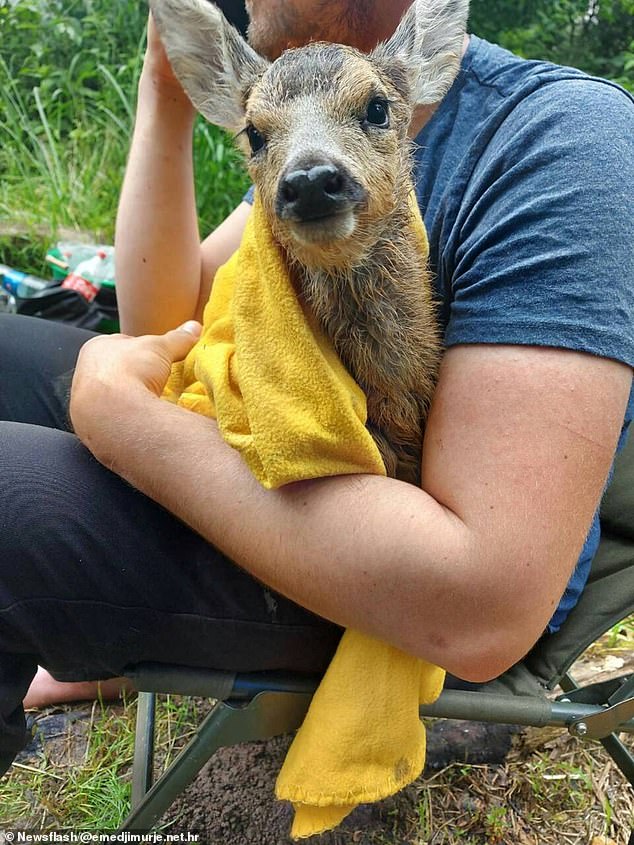