Steven Finn reflects on an England career of extreme highs and lows and admits to a regret that is perhaps at odds with his reputation as one of cricket’s good guys.

‘There was this wall around me when I played for England,’ the three-time Ashes winner tells Sportsmail. ‘You have this defence mechanism when you’re speaking to the media because you don’t want to show any vulnerability and you always want to be in control.

‘So I wish I’d been more open about the ups and downs you go through to allow people to understand that and empathise with it. When I work in the media now I find it easier to be more open about my experiences with England.’

It is a change of philosophy he is putting to good use because the Middlesex fast bowler has become, through his work with the BBC and his brilliant new podcast Zero Ducks Given, one of the most articulate and refreshing playing voices on the game. So good has Finn been since making his Test Match Special debut in 2019 that a future in the media beckons when he hangs up his bowling boots.

‘I love hearing from the England players now because they’re so honest,’ says Finn, warming to his theme. ‘If they’ve had a bad day they come out and front up about the reasons for it. That creates a relationship between fans and players and allows everyone to realise they’re human.

‘We had a great team during my England years but it was almost a policy that, while we were honest within the dressing room, we had a party line when we talked to media. That got the media’s backs up and didn’t create a bond between the fans and the players that there is now. You see the admiration and love people have for Joe Root, Ben Stokes, Jos Buttler and Eoin Morgan and that’s a great thing.

‘If you encourage the team to have an honest approach it builds a rapport and trust. Ultimately that understanding makes cricketers play better.’

Finn speaks with the experience of someone who has had to come to terms with the twin imposters of triumph and disaster ever since he became Middlesex’s youngest player at 16 and the youngest England bowler to take 50 Test wickets at 22. 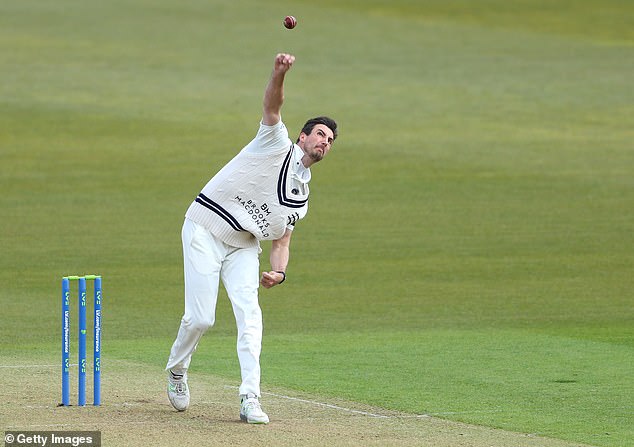 Now, just turned 32, he is at ease when he talks about the setbacks that led to him being labelled ‘unselectable’ by then England coach Ashley Giles after the most brutal and bitter of all England’s Ashes Test defeats in 2013-14.

Before that, in 2012, came the moment that sparked all of Finn’s problems when South Africa captain Graeme Smith complained about his habit of knocking off a bail at the non-striker’s end with his knee in his delivery stride. Umpire Steve Davies started calling dead ball and the ICC went further and deemed the indiscretion a no-ball. It became ‘Finn’s law.’

‘That did set me back for a couple of years,’ Finn admits. ‘Changing my technique affected what came out of my hand. I wonder if I could have handled it differently and got to the root cause sooner rather than papering over the cracks. That might have led to playing more for England.’

It did look like his career at the highest level was over when Giles sent him home from Australia accompanied by the harshest of words. ‘I knew it wasn’t from a place of malice,’ says Finn of the ‘unselectable’ tag. ‘It was kind to send me home to sort it out.

‘But when you use a word as strong as that it becomes headline news. Then there was a stigma I had to shift and for a couple of years whenever I was talked about that word was used whether I was doing well or badly. Trouble was, I was a tangled mess.

‘I needed to go back to square one. I tried to go back to that languid, long-armed style of bowling I naturally had. It all stemmed from that rule being changed in 2012 which forced me into a series of decisions that sent me down a rabbit hole.’ 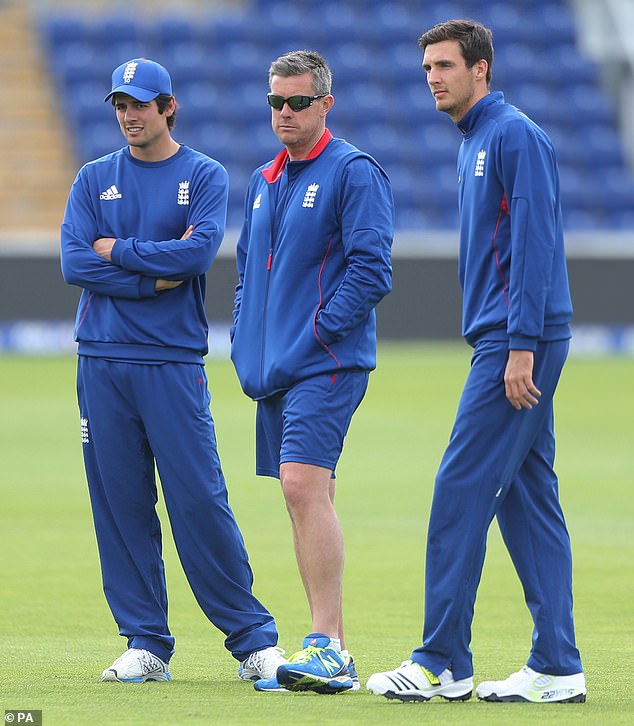 He got out of that hole with the help of then Middlesex bowling coach Richard Johnson and returned to the England side in triumph in the 2015 Ashes. When Finn played his last Test five years ago he had taken 125 wickets in 36 eventful games.

The years since have hardly been uneventful, with Finn battling knee problems caused by changes of technique and being a peripheral member of Middlesex’s red-ball side. But he has gone into the new season with a spring in his step.

‘There is a big transition when you get left out of the England team and lose your central contract,’ says Finn. ‘You almost try to find yourself again.

‘I spent 18 months trying to find a purpose while still wanting to play for England but my knees weren’t letting me play at the level I needed to. That led to bad habits and specifically I wasn’t bracing my front knee because it was hurting.’ Two operations have now left him pain-free. ‘For the last six or seven months I’ve been trying to untangle those problems which hopefully means now my input will be a lot better,’ he adds. ‘There is more of a sense of optimism this year because I do feel as though I’ve ironed those things out.’

Finn made his first red-ball appearance since September 2019 when he returned to the Middlesex side against Hampshire last week and is confident of featuring in all formats this year and beyond. ‘I’m in the last year of my contract but I’m motivated to play as long as I can,’ he says 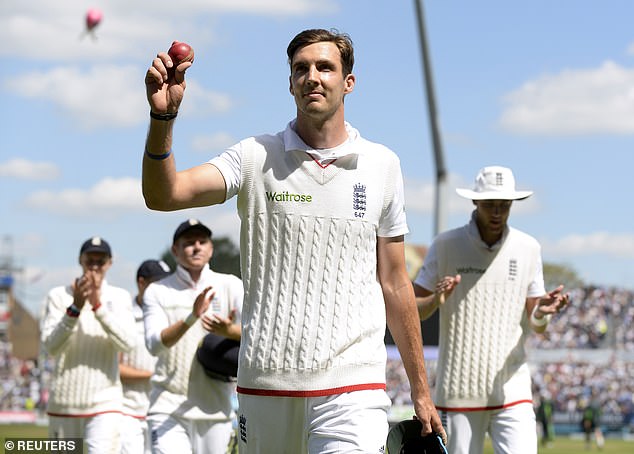 ‘We’re in discussions about the future. There are seven or eight of us in the last year of our contracts but I’d love to play for Middlesex for the rest of my career. And I’d love to see the club again reach the heights of 2016 when we won the Championship.’

And running alongside his cricket will be that burgeoning media career. ‘I hope to have a great summer and put my name in the hat for tournaments (he was signed by the Manchester Originals in The Hundred draft) because I’m still very passionate about playing.

‘But if that wasn’t to happen there’s an Ashes tour and lots of cricket this winter that I could get my teeth into from a media perspective. It’s something I’m passionate about and enjoyed. It’s something I’d really like to do.’

There seems little doubt Finn’s voice will continue to be heard.