Jen Byles, 37, from Sydney is in the prime of her life

Fitness fanatic Jen Byles was in the prime of her life.

Known to her friends as ‘the golden girl’, the 37-year-old had just scored her dream job, was smashing her personal bests at the gym and was building a life in Sydney after moving from Adelaide.

But just as everything began to fall into place she was diagnosed with stage four breast cancer, with doctors revealing it had spread to her bones.

She told FEMAIL it started as a sharp pain in the left side of her chest during Sydney’s second Covid lockdown last September.

‘I thought it was a bit different, but didn’t worry about it too much,’ she said.

In March, six months after the initial pain, Jen found a lump in her breast.

‘My friends were all so supportive, they told me it was probably just a cyst but that I should get it checked out,’ she said.

But ‘life got in the way’ and she put the issue of the growing lump on the back burner. 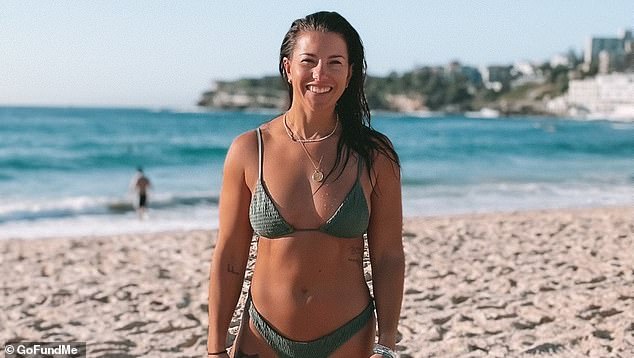 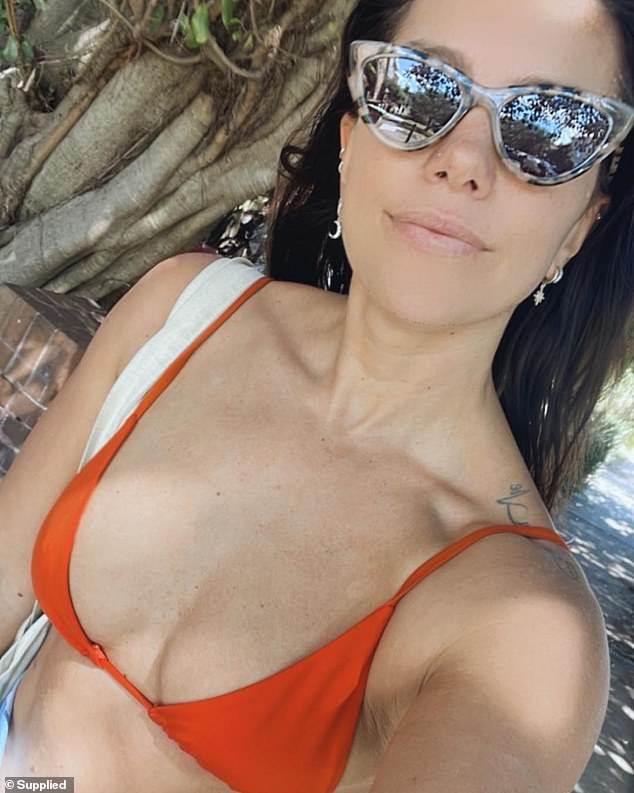 Weeks later the lump made it difficult for Jen to lay comfortably on her stomach or do floor exercises at the gym.

So in May she finally got a referral from a GP for a mammogram and ultrasound – but had to decide between forking out for the tests or helping her dog, who was sick at the same time.

Jen was sure the lump would be a cyst or something hormonal, so putting it off again wasn’t a hard decision.

By the time she could afford to go in for the scan it was late June – the mass in her left breast had grown to four centimetres and biopsies revealed it was cancer.

‘The doctor called me on the Thursday, but I missed it, when I answered on the Friday and the receptionist asked me to come in immediately I started to feel anxious,’ she said.

September 2021: Started to feel sharp pain on the left side of her chest

March: Found a lump in her left breast

May: Any pressure on the breast, including laying on stomach, became uncomfortable

May: Got a referral for a mammogram and ultrasound

Late June: Went in for the mammogram and ultrasound, which showed a large mass that needed further investigation

Days later: Biopsy showed the mass was cancer, doctors thought it was about a stage two

May: MRI and PET scans reveal problems in Jen’s bones and lymphatic system

Mid May: Biopsies confirm the cancer spread from the breast to the bones, making it stage four – or incurable

Late May: Jen started her first round of treatment  – a 28-day-cycle of targeted medication as well as hormone therapy to put her into chemical menopause

‘I went to the appointment alone and the doctor told me I had an invasive carcinoma in my left breast. At this point I was just in shock. Then he set up appointments for the Monday and I had the whole weekend to think about it.’

The past month has been indescribable for the young woman who says since she was diagnosed days have gone ‘so fast’ while at the same time felt excruciatingly slow.

‘So much has happened in the last four weeks. It is hard to keep up,’ she said.

‘Even when it feels like things are taking too long, it really is happening very quickly.’

Jen has had more doctors appointments in the last few weeks than she has in her entire life.

‘There is no family history of cancer or any serious illness. I have never had any health issues or even broken a bone,’ she said.

‘All of this feels so surreal, especially with all of the appointments and tests,’ she said.

Jen says waiting over the weekend after having tests done on a Friday is tough.

‘If I had my time over again I wouldn’t do that – because then you are left wondering about it all weekend,’ she said.

For Jen the most terrifying part of her cancer battle is the impact it will have on her independence.

‘When you are a single woman living in Sydney it is hard to be able to afford time off work,’ she said.

She spent about $2,000 on scans, including the PET scans which revealed the cancer had moved to her bones, making it a terminal-stage disease. 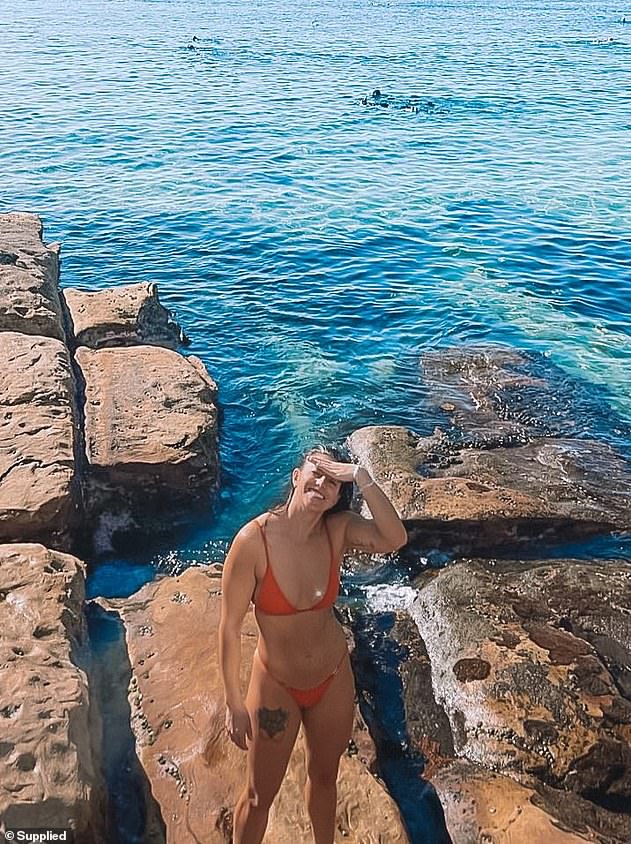 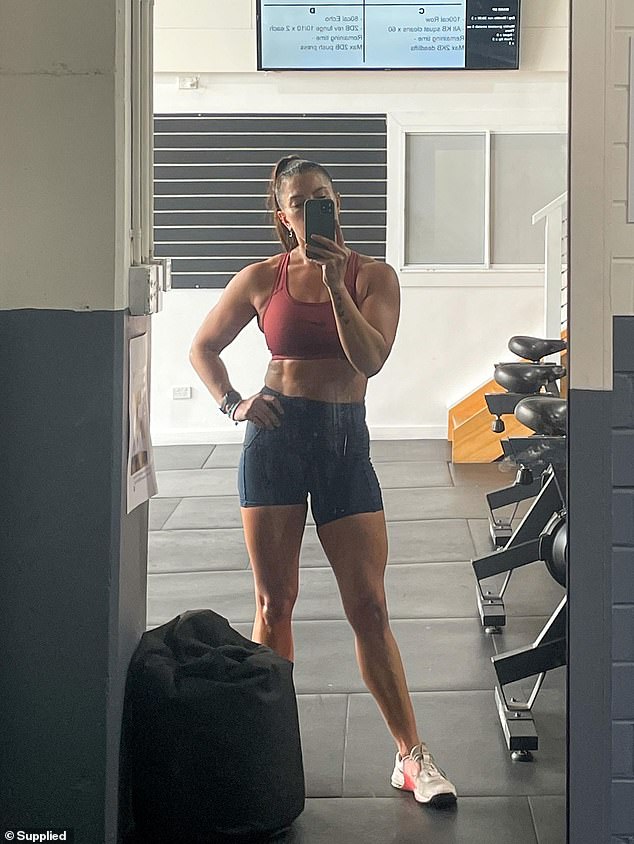 ‘I am in quite a good position in life, I had the money to pay for the up front costs but I still delayed them because other expensive things happened at the same time,’ she said.

‘It makes me wonder how many people put tests off even longer or avoid them altogether because they can’t afford the upfront costs or to wait to get the money back from Medicare.’

To help with the pressure and allow Jen time off to heal down the track her friends started up a fundraising page.

‘This will help me with rent, with expenses, with medication if it comes to that,’ she said, adding her current treatment would cost $5,000 each month if it hadn’t recently been added to the PBS.

The second most difficult thing has been dealing with early menopause.

Because Jen’s cancer is hormone positive one of the most effective ways of stopping it in its tracks is to shut down the body’s supply of estrogen.

And while it sounds simple  it comes with devastating side effects.

Jen will never be able to have her own, biological children. 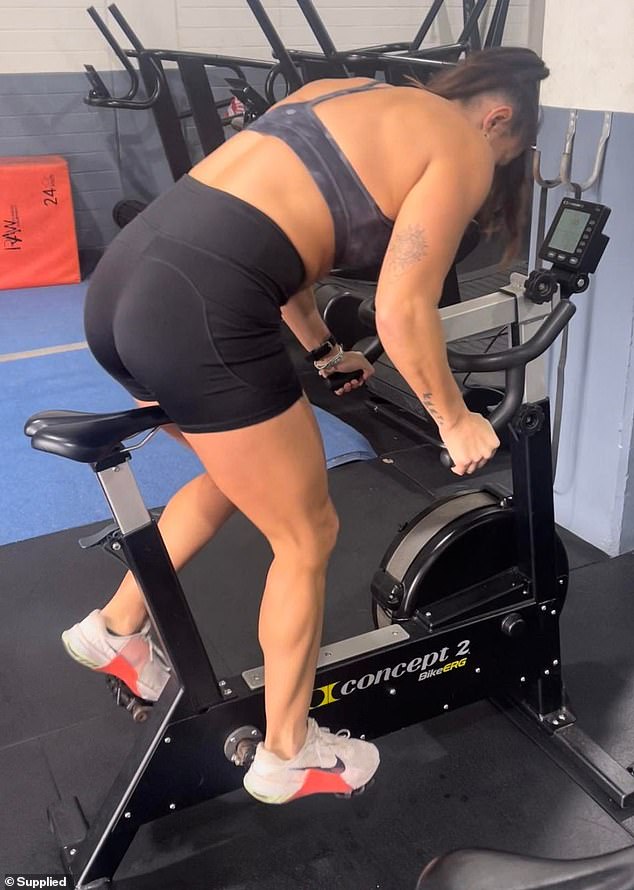 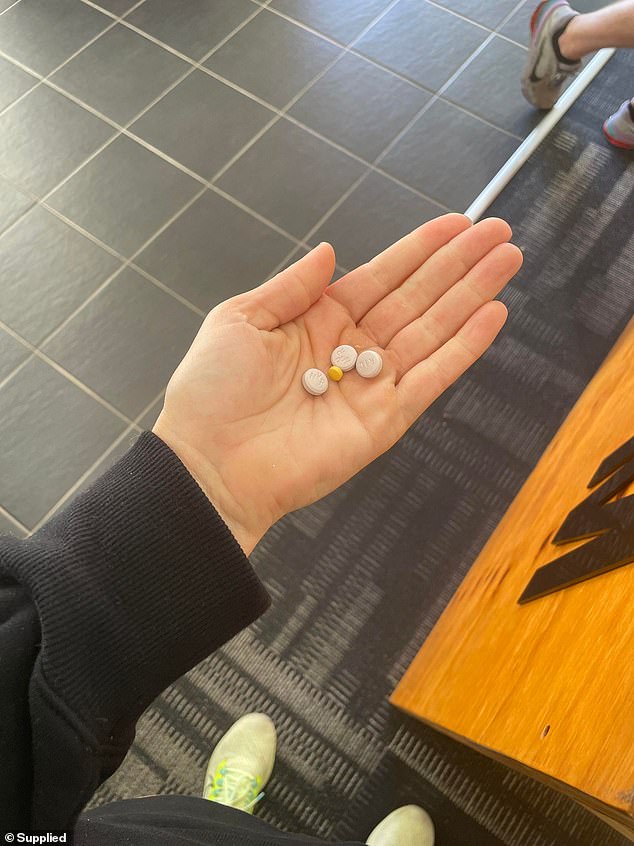 ‘We thought we had enough time to freeze eggs, I even went into the IVF clinic and started to organise it,’ she said.

‘The next day I met with my doctors and they had decided, after arguing amongst themselves, that it was too risky and I could choose myself or IVF,’ she said.

Harvesting eggs requires a woman to take hormones – these include estrogen which would have fed the cancer which is growing and spreading rapidly.

‘They decided there wasn’t time for me, and I am still coming to terms with that grief,’ she said. 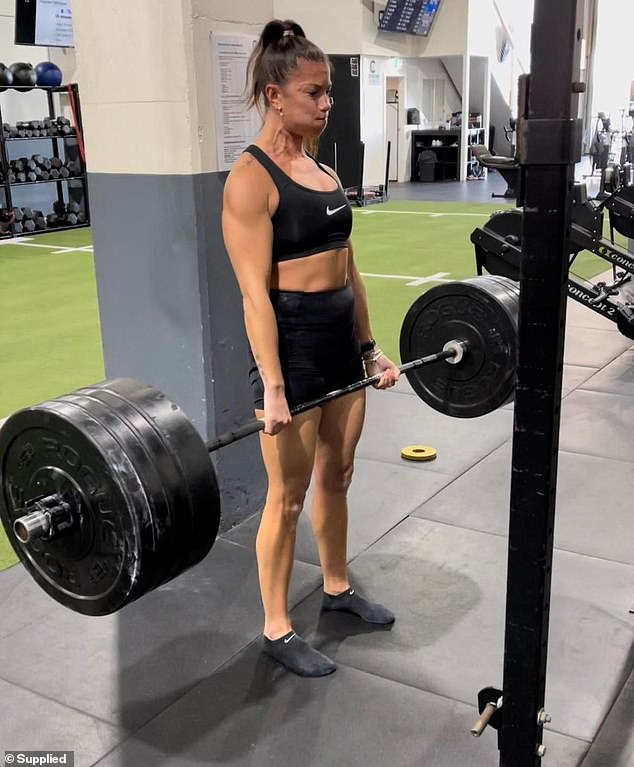 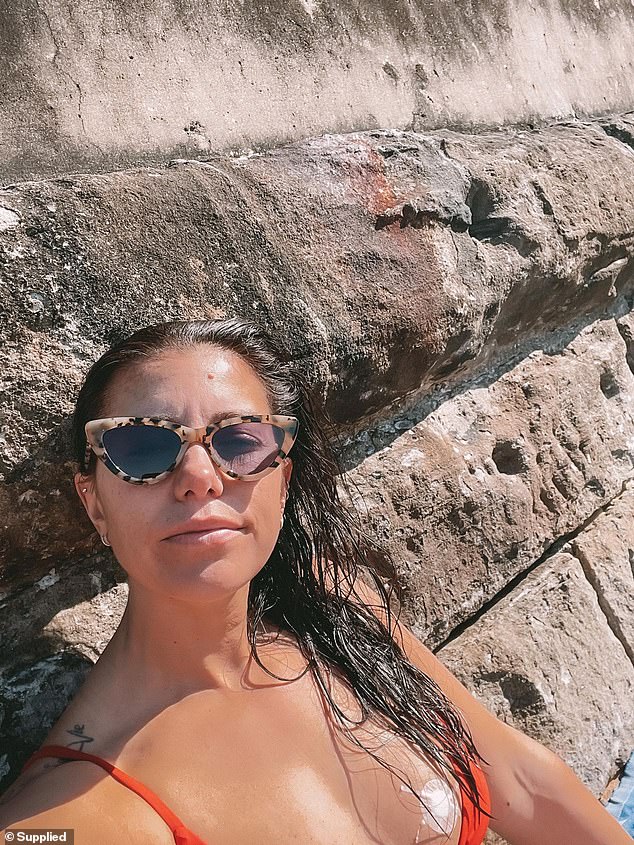 ‘In all honesty I never knew if I would have children, but it is so surreal when that decision is taken away.’

Jen is currently on a targeted treatment and has felt minimal side effects.

‘It is early days but for me the hormone replacement therapy drugs are worse,’ she said.

‘I have all the symptoms of a woman going through menopause – and it effects the way I feel and they way I train,’ she said.

The treatments consist of three cancer-killing pills and a ‘menopause tablet’.

Jen said there is no history of breast cancer in her family.

She wants women to get to know their breasts and symptoms of cancer so they can catch it at the earliest possible moment.

Different people have different symptoms of breast cancer. Some people do not have any signs or symptoms at all.

Some warning signs of breast cancer are:

New lump in the breast or underarm (armpit)

Thickening or swelling of part of the breast

Irritation or dimpling of breast skin

Redness or flaky skin in the nipple area or the breast

Nipple discharge other than breast milk, including blood

Any change in the size or the shape of the breast

Pain in any area of the breast

Keep in mind that these symptoms can happen with other conditions that are not cancer.