Fitness queen Kayla Itsines has opened up about the challenges she faced after delivering daughter Arna Leia via c-section in April.

Posting an Instagram photo taken when she was 36 weeks pregnant, the social media sensation, 28, revealed she was unable to get out of bed or lift even the smallest item after having the surgery.

‘I remember thinking that the time between 36 weeks pregnant and when I gave birth was going to be the hardest time for my body, but it wasn’t until I actually gave birth and had a c-section that I really understood what hard was,’ she captioned the post.

Kayla, who lives in Adelaide with personal trainer and entrepreneur fiance Tobi Pearce, worried she would never regain her strength and said she is still astounded by how far her body has come over the past six months. 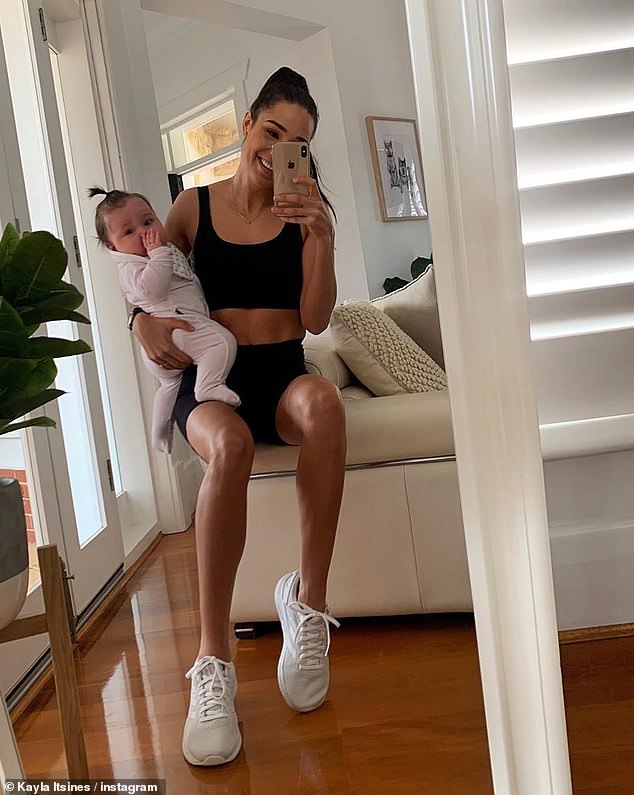 ‘From not being able to even get out of bed or lift anything to where I am now is such amazing progress and I am so proud of myself,’ she said.

Kayla, a Greek-Australian fitness influencer worth $487million, recalled her first day back in the gym after getting doctor’s approval to start exercising again.

‘In my first session of trying to walk on a treadmill after clearance I never thought I’d get back to the strength I have now,’ she said.

‘I’m so grateful to my body for everything it has given me, I can’t believe Arna was in my tummy in this pic – it feels like a lifetime ago!’

What Caesarean section involves and when it is needed

Caesarean section – more commonly known as C-section – is a surgical procedure use to deliver a baby.

The practice involves cutting the mother’s stomach and uterus and delivering the baby this way, as opposed to a traditional vaginal birth.

A C-section is major surgery, and the body needs time to heal afterwards.

Mothers usually stay in hospital for three to four days after delivery, but the body takes up to six weeks to fully heal.

Roughly one in three babies in Australia are born by Caesarean section.

The most common reasons for Caesarean include:

– You are having twins, and the first one is lying in breech position 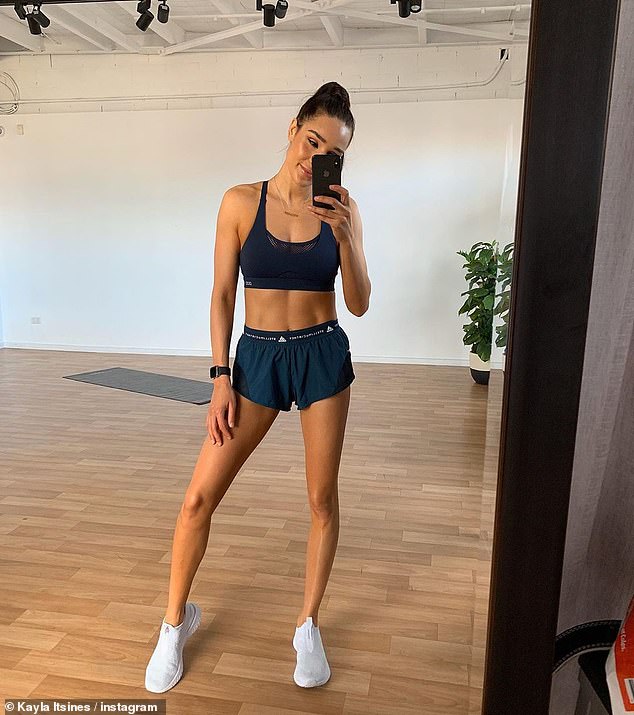 While the Greek-Australian fitness star has regained her incredible physique, she said she worried she would never have the strength she once had before becoming a mother 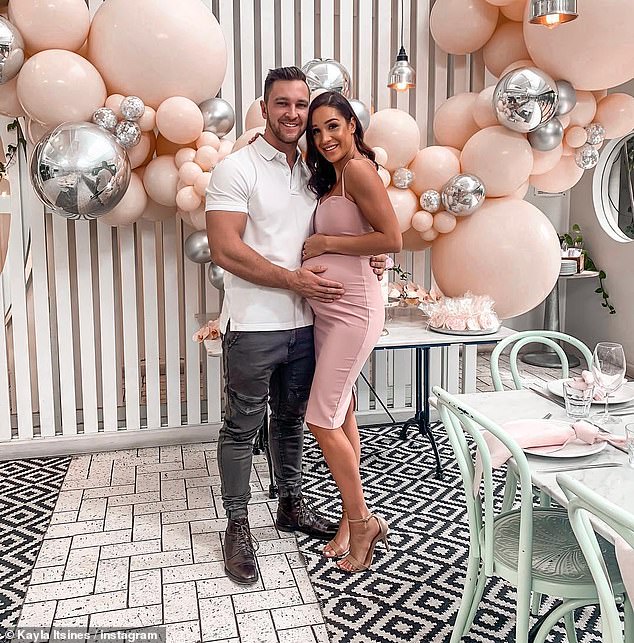 Since welcoming Arna, her first child with fiance Tobi Pearce (pictured together before the birth), Kayla has shared much her postpartum journey with her 11.9million Instagram followers

Since welcoming Arna, her first child with Tobi, Kayla has shared much her postpartum journey with her 11.9million Instagram followers, from adjusting to motherhood to regaining her strength and fitness.

After meeting at an Adelaide gym in 2013, Kayla and Tobi steadily built a fitness empire worth almost half a billion dollars, just five years after launching a women’s fitness app together.

The couple have made $487million through Sweat with Kayla, a workout app based on Kayla’s personal exercise routine which she calls the ‘Bikini Body Guide’ (BBG).

At 28, the first-time parents have been ranked numbers 206 and 207 on Australia’s Rich list, making them the youngest people ever featured.

They announced their engagement in April 2018.