Five Phoenix police officers were shot and wounded at a home early Friday morning, including four injured by a barrage of gunfire after being lured into a trap while rescuing a baby during a five-hour armed standoff.

Dramatic video from the scene shows a man emerging from the front door of the home with an infant in his arms.

He is seen placing the baby on the ground, raising his hands in the air, and walking backward towards the police, who take him handcuff him and into custody.

But when additional officers rush toward the home to carry the baby to safety, more gunfire erupts from inside the residence, striking the cops, who are sent fleeing.

It is unknown at this time what was the role of the man who brought the baby out of the house. 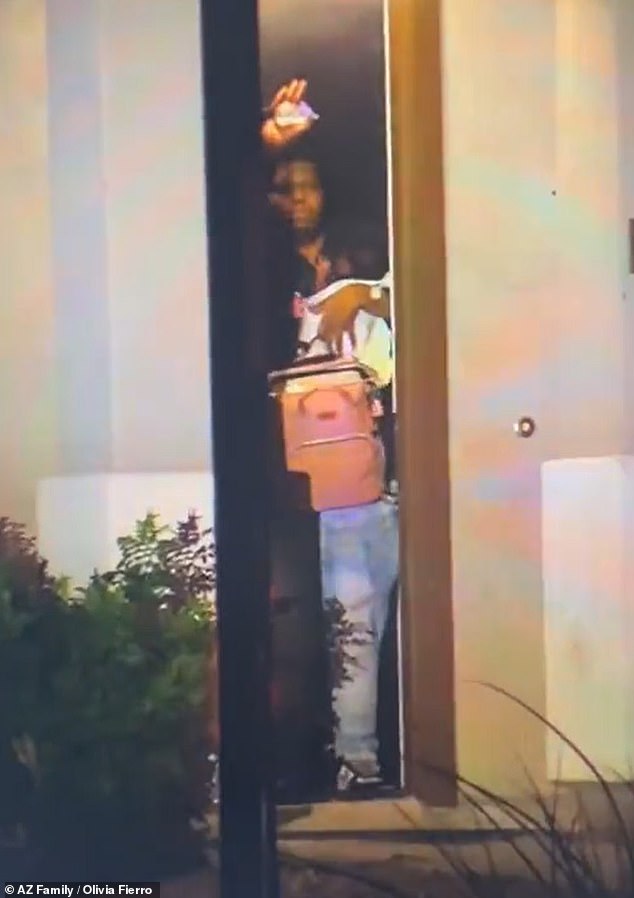 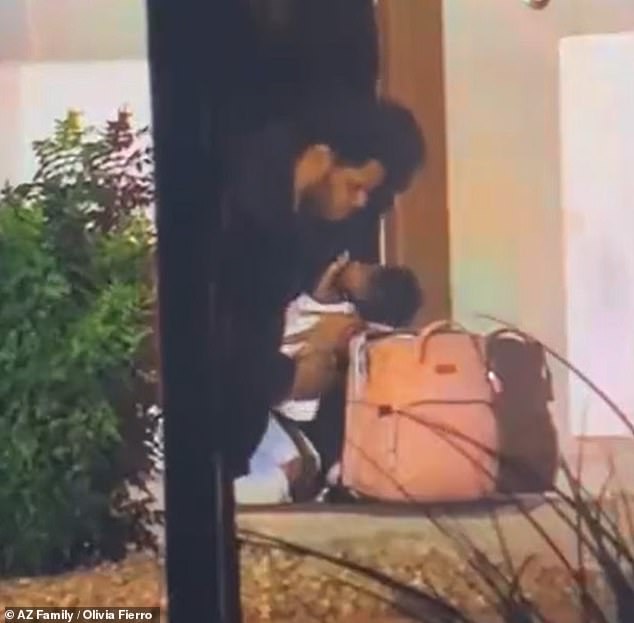 He places the baby on the porch, along with a pink bag 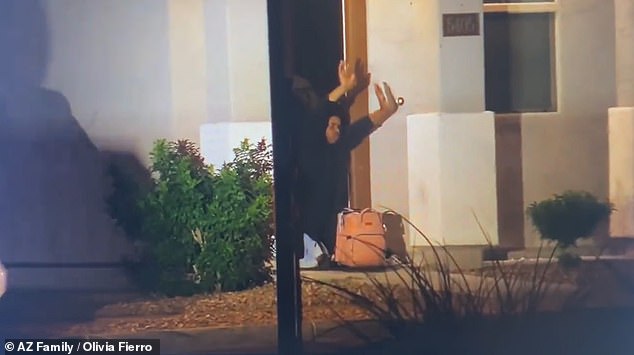 The man raises his hands in the air. This scene played out after a Phoenix police officer was shot multiple times and critically wounded 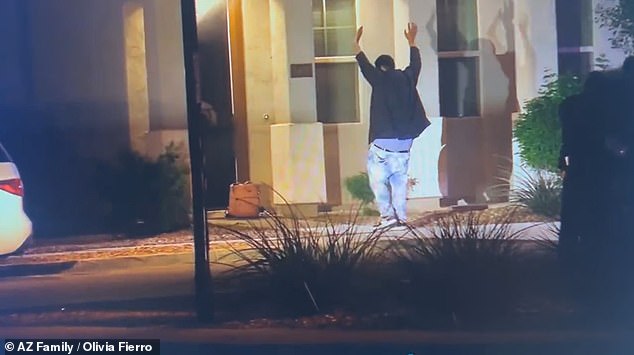 This man was taken into custody, but his role in the incident is currently unknown 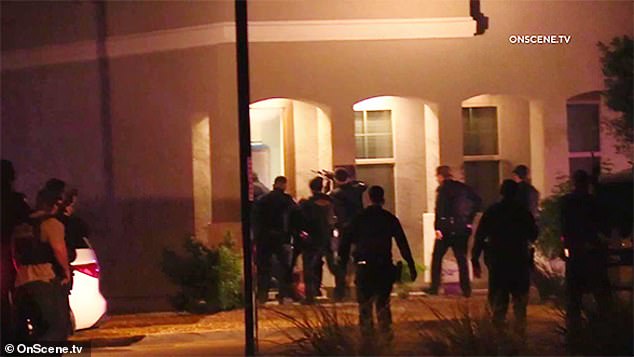 A woman at the home where police had gone in response to reported gunfire also was critically injured, Police Chief Jeri Williams told reporters.

The status of the shooter and circumstances of the incident weren’t immediately clear. but the standoff was ‘resolved’ at around 7am. Police said there is no threat to the public.

Williams said four of the five wounded officers were ‘recovering’ while the fifth was ‘seriously hurt but is on the road to recovery.’

The baby had been inside the home ‘and at some point was placed in a carrier and placed outside,’ Williams said. 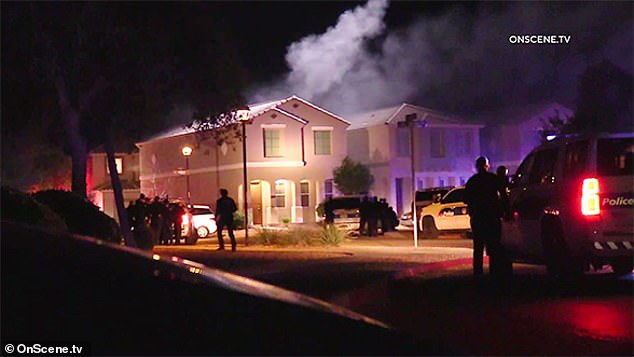 The standoff ended at around 7am, after police deployed a flash bang, sending plumes of smoke into the air (pictured) 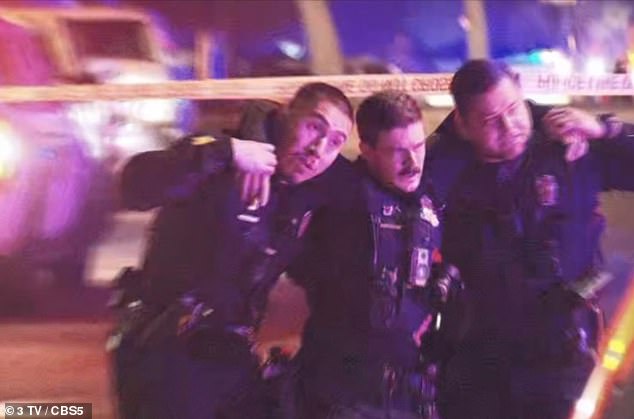 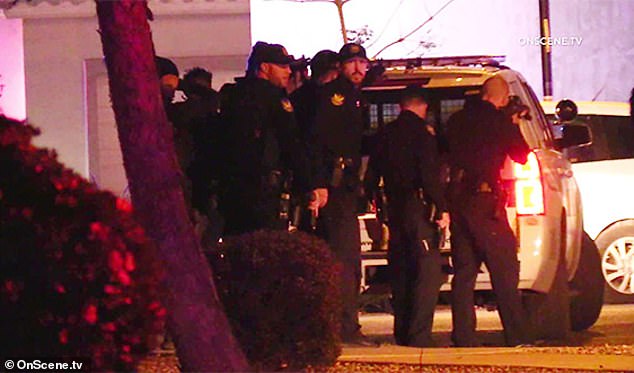 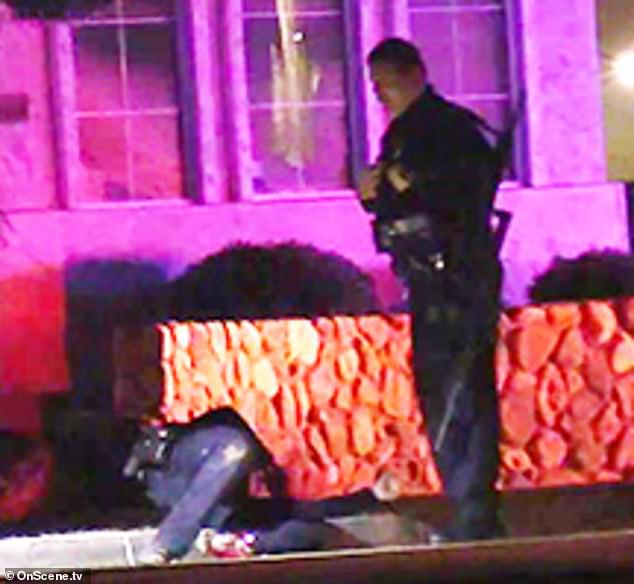 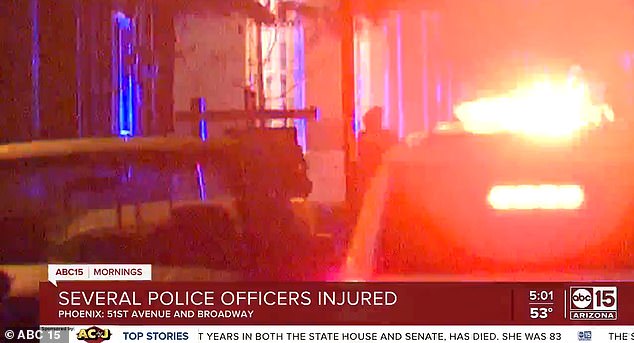 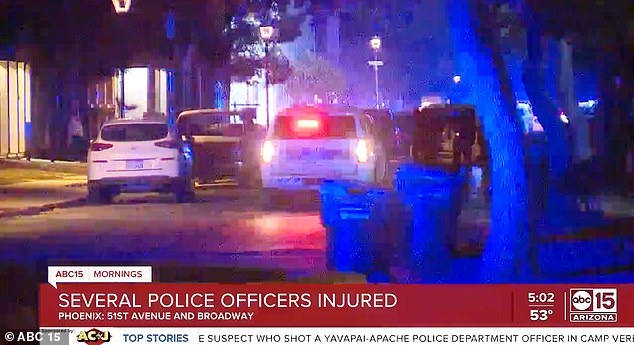 Police vehicles are seen responding to the scene, where an armed man barricaded himself inside a home

According to law enforcement, the incident began unfolding at around 2am local time, where police responded to the home at 54th Avenue and Elwood Street in Phoenix for a report of a shooting.

As an officer approached the residence to investigate, Chief Williams told reporters that a gunman opened fire, striking the cop multiple times. That officer is now in critical condition. 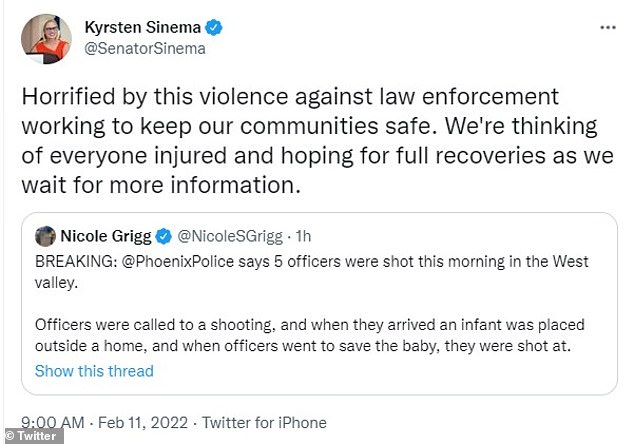 Senator Kyrsten Sinema, a Democrat from Arizona, also weighed in on the shooting

‘This is just one more example of the dangers that officers face every day keeping us and our community safe,’ Williams said. ‘If I seem upset, I am. This is senseless. It does not need to happen and it continues to happen over and over again.’

Senator Krysten Sinema, a Democrat, from Arizona, tweeted about the shooting on Friday.

‘Horrified by this violence against law enforcement working to keep our communities safe,’ she wrote. ‘We’re thinking of everyone injured and hoping for full recoveries as we wait for more information.’

Arizona Governor Doug Ducey, a Republican, also addressed Friday’s standoff, tweeting: ‘please continue to pray for the five officers injured this morning. Our men and women in blue work day and night—no matter the circumstances—to protect our state from danger. Their unwavering courage & sacrifice helps to keep us safe. Arizona is deeply grateful.’