By Andrew Young For Mail On Sunday and Nick Craven

It may have been bad luck for a badger to fall 30ft into a disused well – but it was surely his good fortune to have done so on an estate once owned by a founder of the RSPCA.

For a descendant of the animal-rights pioneer discovered the stricken creature, sparking a rescue effort by a team of five firefighters. They hoisted the animal to safety where he was – remarkably – declared none the worse for his ordeal.

The drama began at Northrepps Hall, near Cromer in Norfolk, when the badger, which had been digging for grubs in moss, fell through a rotting wooden cover and into the shaft.

Someone spotted the damage and alerted farmer Simon Gurney, the great-great-nephew of Sir Thomas Fowell Buxton, the first chairman of the Society for the Prevention of Cruelty to Animal, the RSPCA’s forerunner. 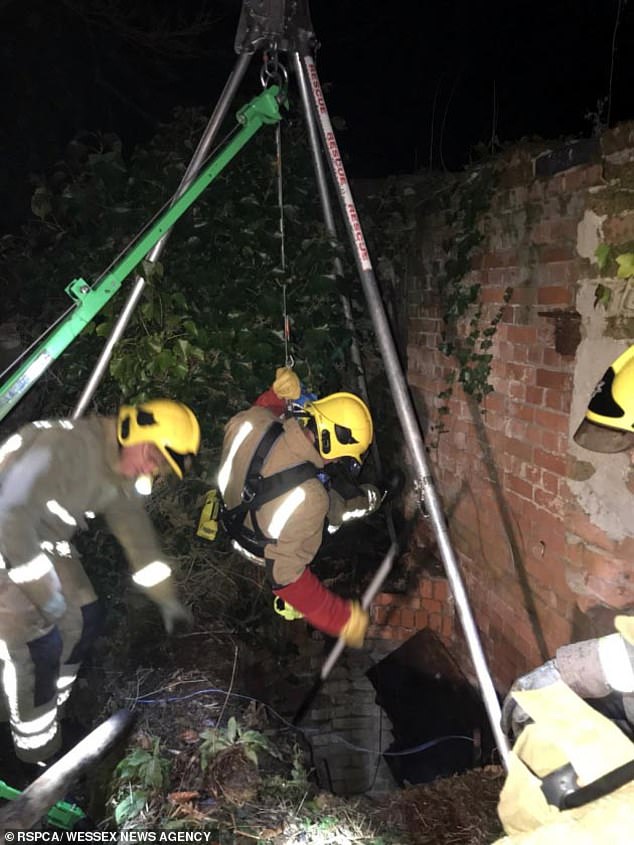 Rescue effort: A firefighter is winched down slowly in a bid to rescue the badger

Mr Gurney, 54, described how he lowered a camera down on a length of string, ‘only to discover this little chap down there. I put a bucket of water down on a rope and he lapped it up, so I think he could have been down there for a few days’.

He naturally alerted the RSPCA, who in turn called the fire brigade, who started their rescue by setting up a tripod over the 4ft-wide well.

One firefighter wearing bite-proof gloves was lowered down and managed to grab the stricken badger and put it into a bag to winch it up to the surface.

The creature was then put in a crate and released into the estate, which has been home to badgers since the 18th Century.

Mr Gurney praised the ‘fantastic work’ of the charity and firefighters, saying his renowned ancestor would have been proud of them. 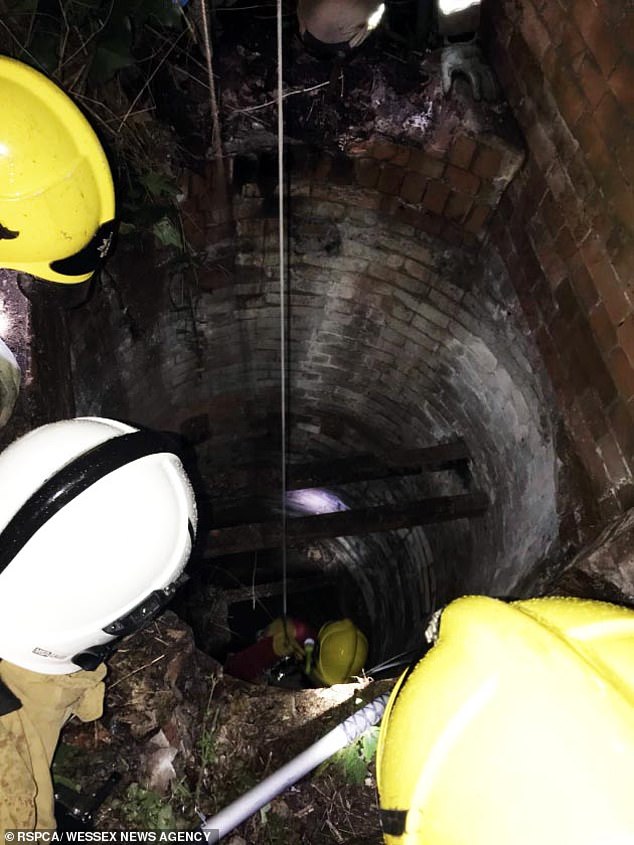 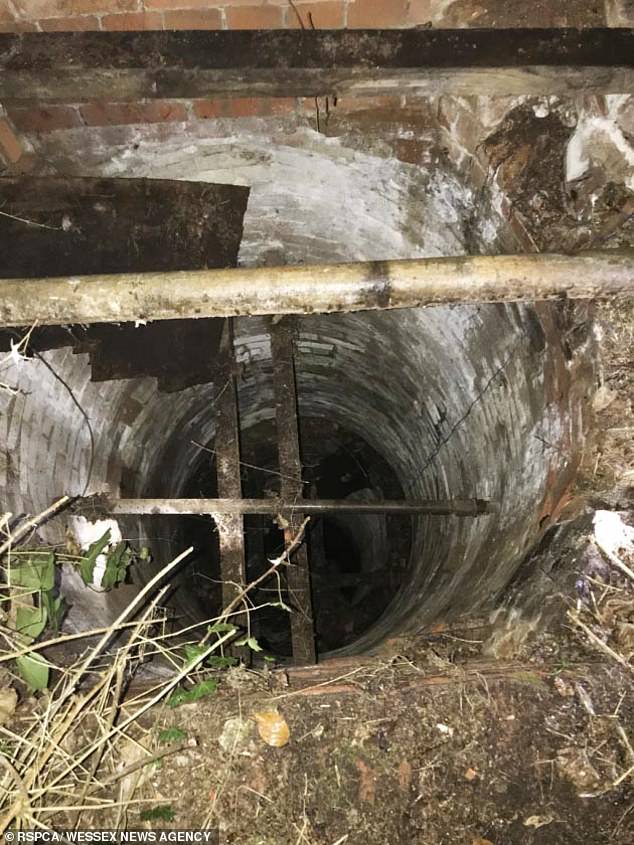 Buxton, a philanthropist and MP who campaigned for prison reform and the abolition of slavery, was one of the founders of the animal charity in 1824. Sixteen years later it was granted Royal Assent to become the RSPCA.

Mr Gurney said: ‘Watching an RSPCA officer planning a rescue at the very table that Buxton sat at when founding the RSPCA in 1824 was remarkable. He could never have imagined at the time that someone from the charity would be rescuing a badger nearly 200 years later at his old home.

‘It was the RSPCA at its best, helping an animal in distress – which was why he and others founded the charity, after all.’

A Norfolk Fire & Rescue Service spokesman said: ‘We are always happy to assist the RSPCA with animal rescues, but we always prioritise human lives and would go to another incident if needed.’

RSPCA inspector Ben Kirby, who was at the rescue, said: ‘I was concerned about the badger’s welfare. I knew this was going to be a tricky rescue that would need the fire service’s special expertise.’