Authorities in Ohio are still searching for a 5-month-old baby who was abducted with his twin brother when their mother’s car was stolen while she dashed into a pizza shop.

The next morning, Kyair Thomas was found abandoned and cold in an airport parking lot but family, friends, and Columbus police are still searching for his brother, Kason.

The twins were in a car believed to have been stolen by known child abuser Naleh Jackson, 24, on Monday night.

Kason (left) and Kyair Thomas (right) went missing on Monday night when they were abducted while in a car that was stolen from outside a pizza restaurant in Columbus Ohio. Kyair was found in an airport parking lot whereas Kason remains missing 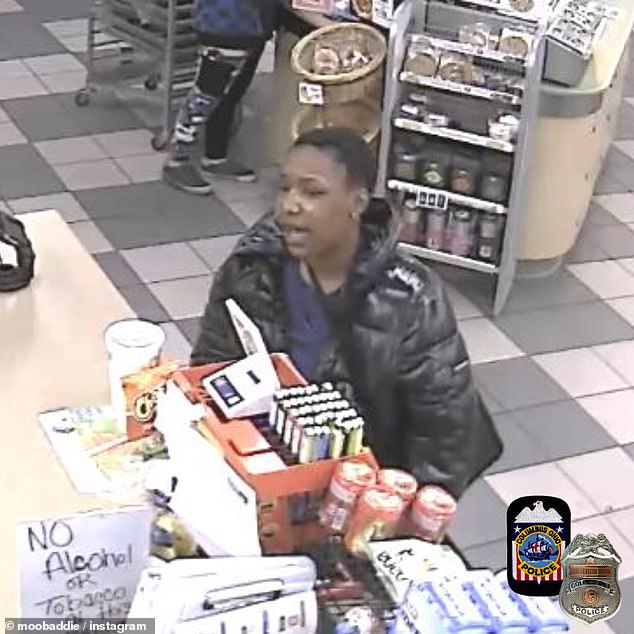 Members of staff at Donatos Pizza told Columbus Police that Nalah Jackson (pictured), 24, left the restaurant when Barnett walked in. Police have named her as the primary suspect

The twins were left inside their mother’s car at 9.45pm on December 19 when she went inside Donatos Pizza in Columbus to collect a Door Dash order.

When she turned around her car – which had been left running and contained the two boys – had disappeared, police said.

In a 911 call Barnett can be heard telling dispatchers: ‘Somebody just stole my car and my babies are in there.’

I was just right here and all I was doing was just grabbing this pizza. I was right here, I didn’t even go inside the building,’ she said.

Restaurant employees said that a homeless person, now understood to be Jackson, was inside the restaurant but left when the Barnett came inside, Columbus Police Chief Elaine Bryant said.

Jackson has criminal record and had been charged with abusing her own child. In June 2021 Jackson plead guilty to child endangerment charges after her 11-month-old child fell down a staircase, the Columbus Dispatch reported.

She was then sentenced to 13 days in prison and placed on probation for two years.

In September 2021 Jackson went to the National Youth Advocacy Center for a supervised visit with her children, but ran away and flagged down a stranger’s car, police reported. 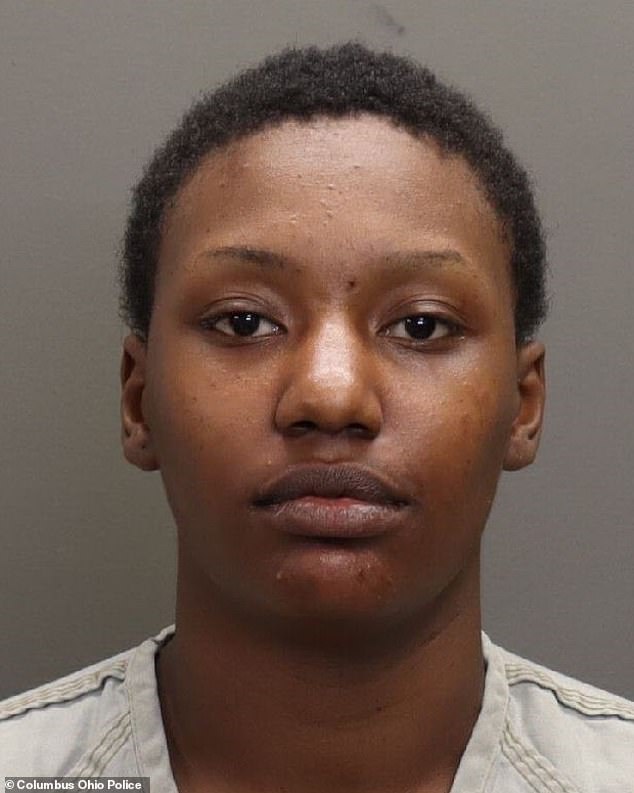 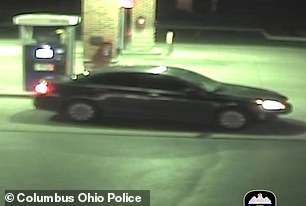 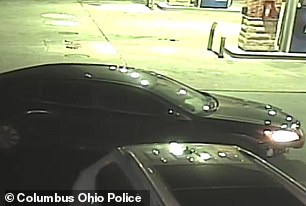 The 2010 Honda Accord was spotted in a gas station. Barnett told officers during the 911 call that the car was missing a front bumper and a torn temporary registration tag 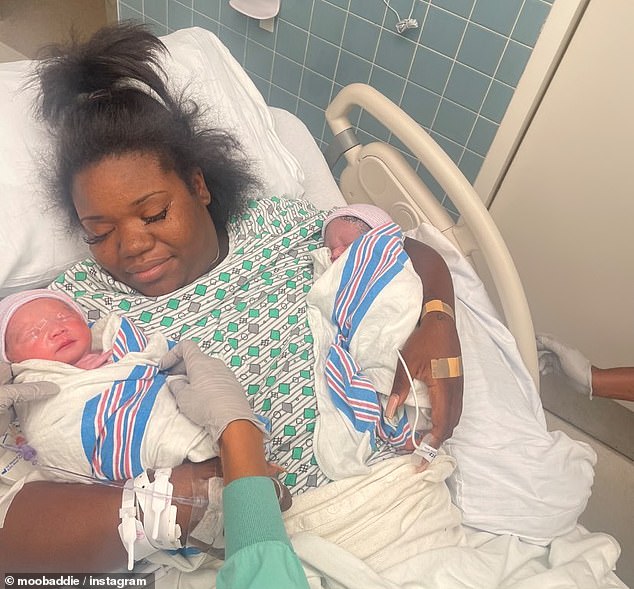 Wilhelmina Barnett pictured with her twin sons, one of whom remains missing

Kyair was found early on Tuesday morning in a Dayton International Airport parking lot after the statewide Amber Alert.

Somebody found the child in a car seat between cars in the airport’s economy parking lot.

In a press conference on Tuesday police confirmed that she was the primary suspect and had been seen at a  gas station driving Barnett’s 2010 Honda Accord.

Barnett tells officers during the 911 call that the car was missing a front bumper and a torn temporary registration tag.

Bryant said during a press conference that the car had been spotted at a gas station near Dayton and released surveillance images of the car. 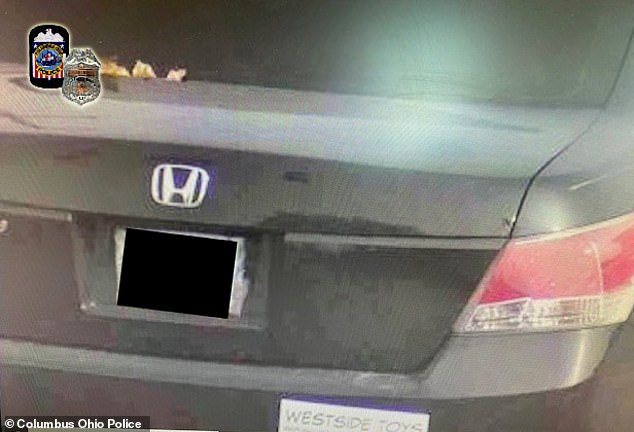 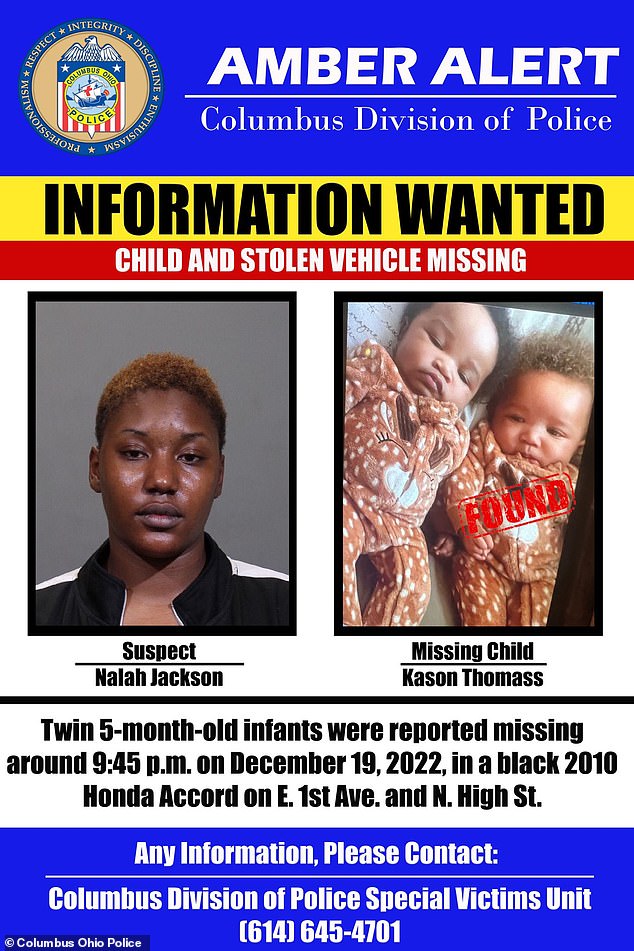 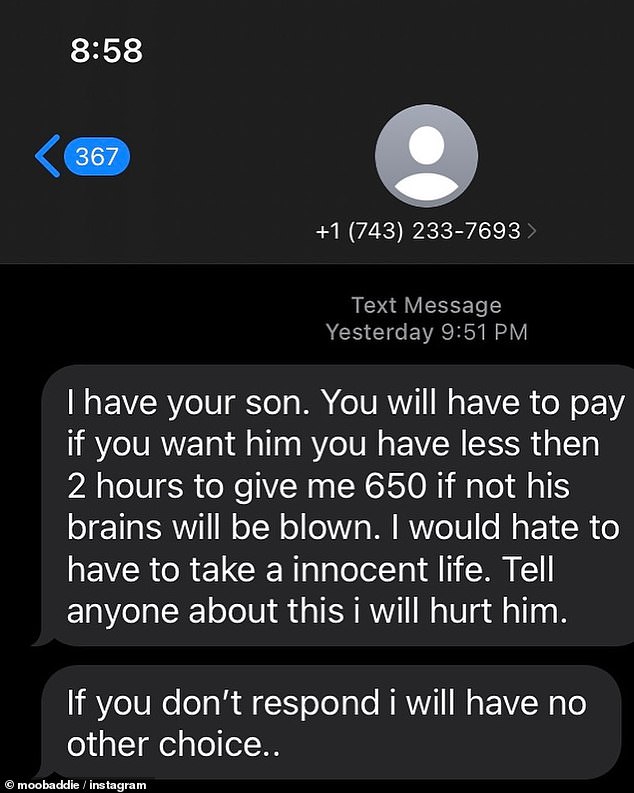 Barnett posted on social media a screenshot of a text message she received demanding $650 for the safe return of her baby. Police have since confirmed that the message was a scam intended to extract money from Kason’s traumatized parents.

She created a GoFundMe page to raise money but the site’s policies do not allow users to raise funds for the payment of ransoms.

Police have issued an alert to surrounding states, Michigan, Pennsylvania, Indiana, West Virginia and Kentucky that a sighting of the 2010 Honda Accord should be reported.

Local anti-gun violence advocate Dion Green has advertised that he will be handing out a reward of $10,000 for the return of the baby, and that questions won’t be asked.

‘I’m hoping that reward can make something happen,’ Dion told the Dispatch. ‘Any lead that helps me find the child, I will give them their $10,000.’