Starving, covered in flies and infested with ants: Five-month-old Labrador puppy called Taylor is found dying at the side of a road in 40C heat

The puppy, named Taylor, was unable to move when she was discovered on the side of a road in 40C on January 25.

He was rushed to Ranc Pet Services, in Brisbane, and given pain relief and anti-inflammatory injections. 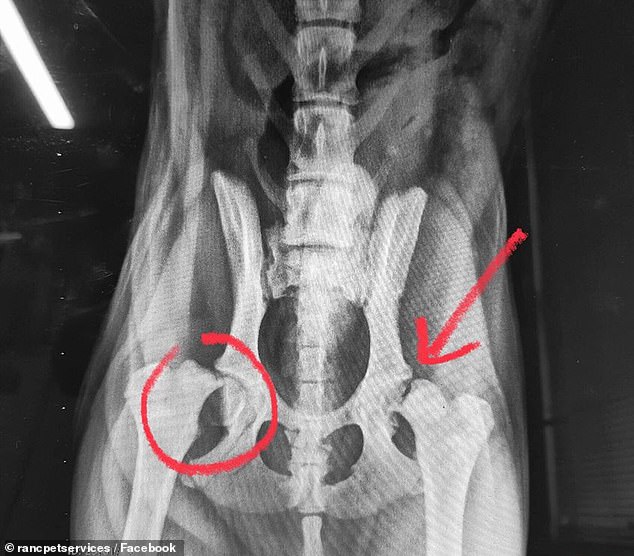 He was rushed to Ranc Pet Services, in Brisbane, and given pain relief, anti-inflammatory injections where an X-Ray also revealed a broken hip (pictured)

Staff at Ranc Pet Services said on Facebook the puppy has received treatment for worming and fleas.

He has also been given a probiotic to help with the damage caused by dehydration and starvation over long periods of time.

The pup underwent an X-ray, where it was discovered he was suffering from a broken hip.

‘He is unable to move, walk or even go to the toilet at this stage and will need to undergo hip surgery when he his stable,’ they wrote, noting he will also require round the clock care. 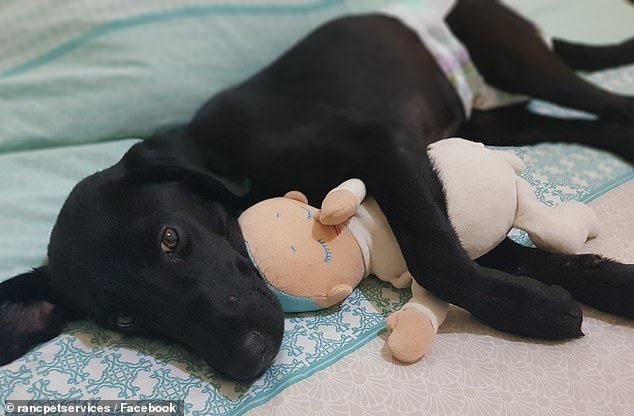 Followers commented on the post, including one who wrote: ‘This absolutely breaks my heart.. looks so much like my little pup, couldn’t imagine what he went through.’

Another added: ‘What is wrong with people how they deserve punishment jail time!!!!’

A GoFundMe page was set up by First National Real Estate to take care of the expenses, with $2,950 of the $3,950 goal already accomplished.

Ranc Pet Services recently shared an update on the pup’s condition, telling followers: ‘Taylor is slowly getting stronger everyday but is not out of the woods yet.’

‘We can not express how heart warming the response on sharing Taylor’s story as well as the generous donations people have already made! We will continue to keep you all posted on Taylor’s progress.’ 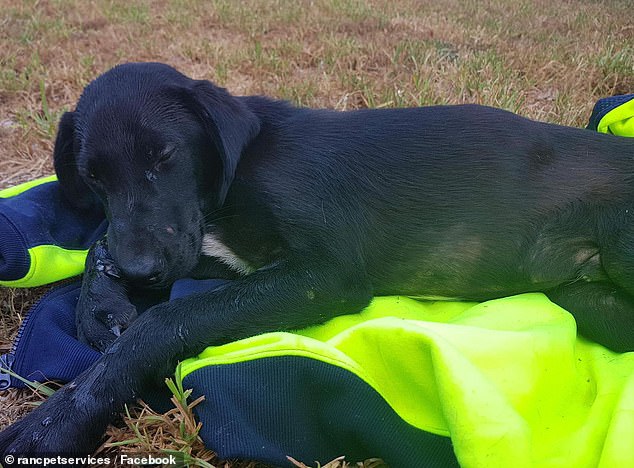 Ranc Pet Services recently shared an update on the pup’s condition, telling followers: ‘Taylor is slowly getting stronger everyday but is not out of the woods yet.’