By Hope Smith For Dailymail.Com

Police in Illinois are investigating after finding five people deceased in a ‘domestic-related incident,’ possibly a murder-suicide, at a home where ‘two small children lived’ in Buffalo Grove.

According to WGN, police officers were called to a home in the suburban village, located just about 30 miles north of Chicago, around 11.10am for a welfare check on a woman.

The officers responded to a home in the 2800 block Acacia Terrace where a neighbor said a husband, a wife, and two ‘elementary aged children,’ a boy and girl, lived.

The officers were ‘unable to make contact’ with anyone inside of the home.

‘Forced entry was deemed necessary + a sweep of the home was conducted,’ the village of Buffalo Grove announced on Twitter Wednesday. During the sweep, the five deceased individuals were found.

The bodies of five individuals were found inside a home in Buffalo Grove, Illinois Wednesday morning 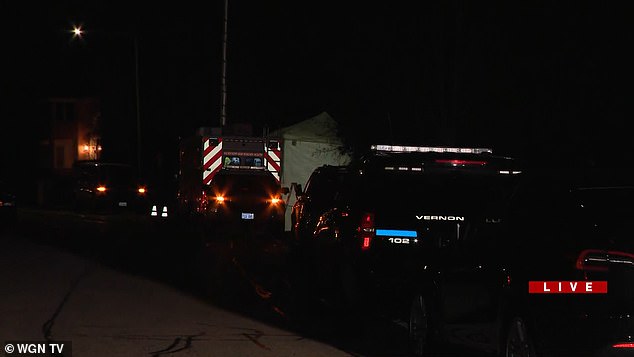 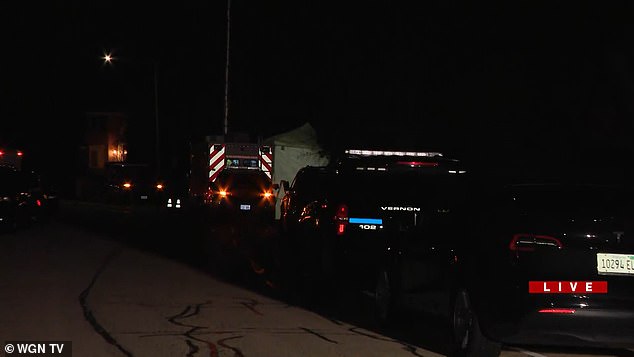 Officials said that a preliminary investigation has indicated the five deaths stem from a ‘domestic-related incident.’

At this time, police believe there is no threat to the general public and officers are not searching for a suspect.

Officials have not shared how the individuals died.

Michelle, a neighbor who spoke with WGN, said that the family who live at the address moved in about four years ago.

‘We would see the kids playing about,’ Michelle told the local outlet. ‘They would have friends and family gatherings. Nothing too out of the ordinary so it’s a big shock to have all this occurring, especially during this time of the year.’

The neighbor also said she had noticed police activity at the house over the past several months.

‘It’s never something you want to delve into, but things like that you notice,’ she said.

The Lake County Major Crimes Task Force is assisting in the investigation, according to Buffalo Grove officials.

The names of the deceased are not being released at this time. Their identities will be released when their next of kin has been notified.

‘More information will be shared as it becomes available,’ the village said in a tweet Wednesday evening.

In a follow up tweet, officials said that the Lake County Major Crime Task Force is assisting and that the identities of the victims are being held at this time

A police tent was seen outside the home well into the evening hours as officers kept the street blocked off to pedestrian traffic.

‘Even a USPS mail truck with a post office worker was not allowed to deliver the mail in that area of the block,’ the Arlington Cardinal reported.

DailyMail.com reached out to law enforcement for additional information but did not receive a response by the time of publication.

This is a developing story. Check back for updates as they become available. 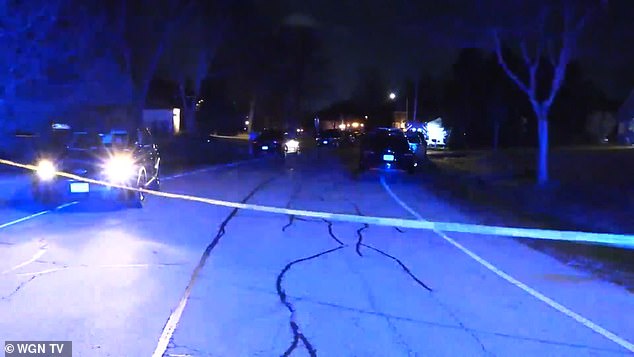 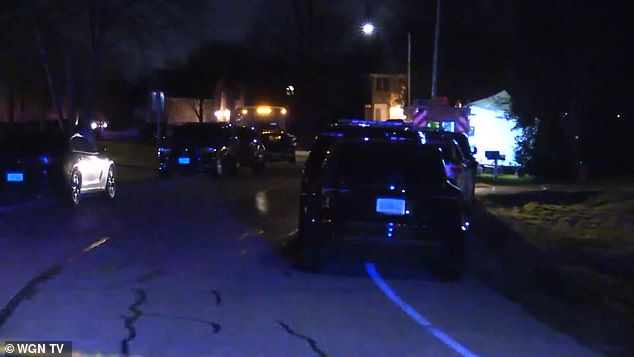