By Gerard Couzens and Milly Vincent For Mailonline

Five people are reported to have died after a crash between a helicopter and light aircraft in Majorca.

The collision occurred just after 1.30pm local time near Inca in the centre of the island.

Three people were confirmed as dead shortly after the incident but the number of fatalities is now understood to have risen to five.

One of the dead has been described as a child.

A photo showing debris after a plane and a helicopter collided in fight over the village of Inca, Majorca island 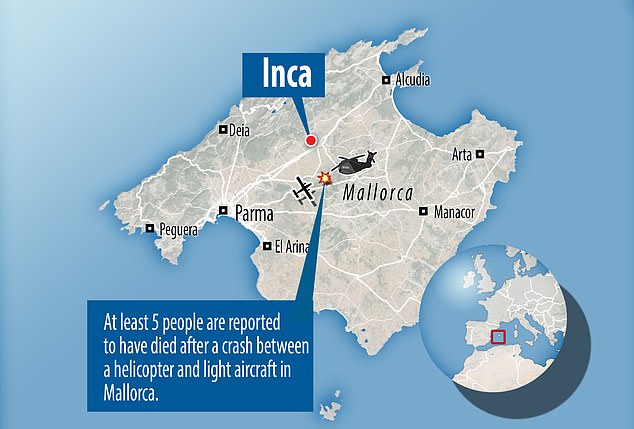 Local reports say Police of Inca reported that the aircraft have fallen onto a farm, on the road from Sencelles to Sineu near Inca in the centre of the island

Although a helicopter and small aeroplane are said to have been conflicted, one conflicting report is pointing towards the collision being between a light aircraft and a microlight, not a chopper.

The collision caused a blaze which firefighters have been tackling.

It is said to have occurred at below 1,000 feet from the ground.

There are also reports of several people injured. It is not yet clear if there have been any casualties on the ground. 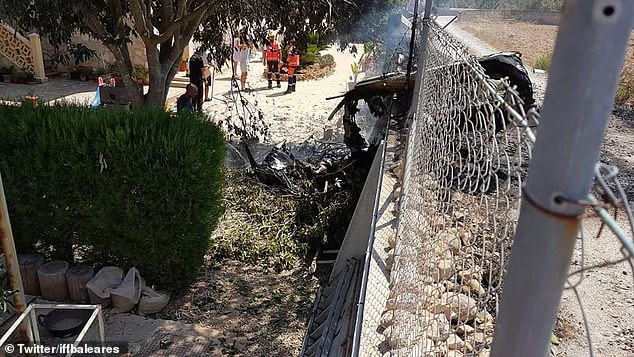 Debris after a plane and a helicopter collided in fight over the village of Inca, Majorca island, eastern Spain, 25 August 2019

Local reports say Police of Inca reported that the aircraft have fallen onto a farm, on the road from Sencelles to Sineu in the centre of the island, 30 minutes drive from the Island’s capital, Palma.

Emergency crews continue to work with fears the number of fatalities may rise.

The Balearic Islands governnment has confirmed five people have died but described it as a ‘preliminary assessment’ and said the collision involved a helicopter and microlight.

A spokesman said: ‘At 1.35pm today an accident has occurred between a helicopter and a microlight in Inca above the old road to Costitx.

‘The initial confirmation is that five people including a child has died. Emergency services are still working in the area.’

Local unconfirmed reports point to emergency responders trying to confirm whether two more people including another child were on the aircraft. 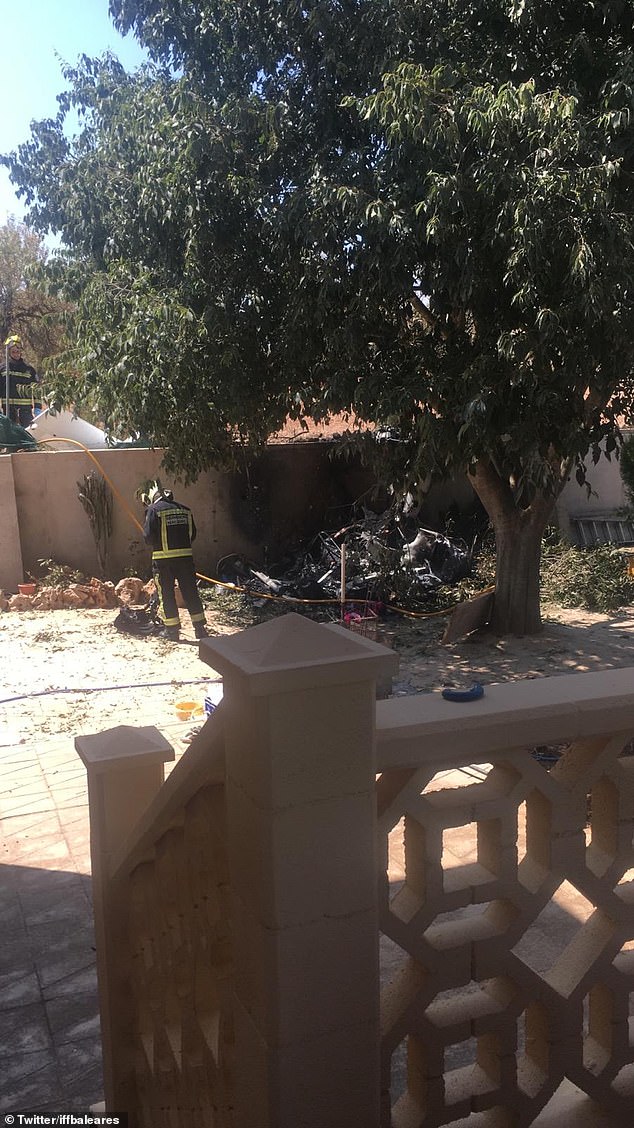 Remains of the chopper and microlight are said to have fallen over a wide area which includes several homes.

Another said the sound was a noise between a roll of thunder and a house coming down.

Balearic islands president Francina Armengol said: ‘We are following with worry and commotion the air accident that has occurred in Inca.

‘The emergency teams are working right now at the scene. Our thoughts are with the victims.’

Two of the dead are said to have been travelling in the light aircraft and the other three in the helicopter.

One local report described the trio as a couple and a child.

The nationalities of the dead are not yet known.