Five Sydney tradies fined $1,000 each after being caught at construction site in Kiama

A group of tradesmen fled a construction site and tried to hide in a nearby carpark when police arrived following reports they had left Sydney Covid hotspots.

Police were tipped off about workers from Sydney staying in Kiama, on NSW’s South Coast, to work on a large block of units for seniors this week.

Officers knocked on the door of an address the group had been staying in on Monday night and spoke to the workers before showing up at the construction site the following morning.

But as police pulled up, several tradesmen then ran into the nearby carpark.

Police were tipped off about workers from Sydney staying in Kiama, on NSW’s South Coast, to work on a large block of units (pictured) for seniors this week

The team’s manager and 33 workers were spoken to by police with five being fined $1,000 each for breaching public health orders.

NSW Police said the workers fined are from Covid-riddled suburbs of Sydney and further inquiries would be carried out to determine if other breaches were made.

Daily Mail Australia has contacted the company that owns the construction site for comment.

Kiama MP Gareth Ward alerted police after a local business owner became concerned with the tradies in the area.

‘I’m advised a number of construction workers fled the scene, which was probably a good indication that something was up. You could say they split faster than a St George Illawarra Dragon,’ Mr Ward told The Mercury.

‘Police have advised me that some of these people may have come from the 12 LGAs of concern. I don’t want Covid in my community and this is just a total disregard of the law that has been made now abundantly clear, and I look forward to police pursuing this matter to the full.’ 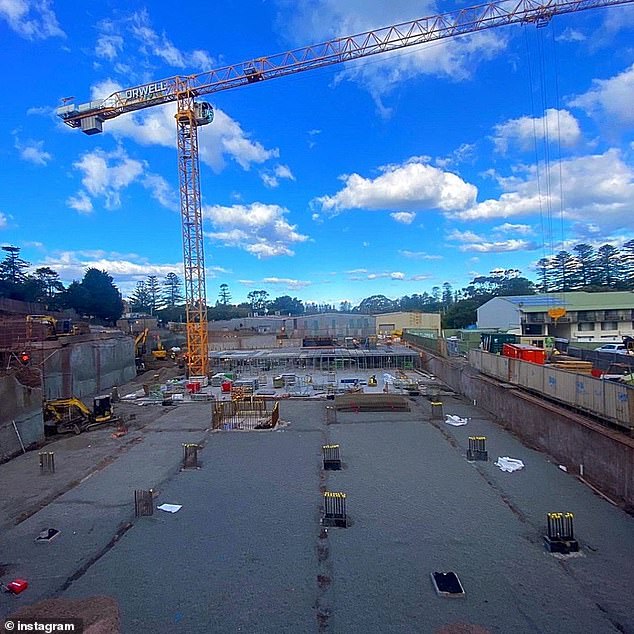 Five men at the construction site (pictured) were from Sydney and have since been fined $1,000 each by police

Within the past 24 hours 736 infringement notices were handed out across NSW which is in the midst of a statewide lockdown.

Another 633 infections were recorded on Wednesday along with three deaths.

One Covid breach was seen in a Sydney man who decided to drive through country NSW.

He collided with a kangaroo while driving and was eventually caught by police only to tell them he was ‘sick of Covid’.

Deputy Commissioner Gary Worboys said officers were called to Mendooran, near Dubbo in central NSW, on Tuesday to speak to the man who had just hit the animal.

‘That person told police quite willingly he arrived about 10 days ago from Queensland,’ Commissioner Worboys said during Wednesday’s press conference.

‘He came to the airport, he hired a car and he decide that he would travel around country New South Wales on back roads because he was sick of Covid.’

Commissioner Worboys said the man was sent back to a nominated address in Sydney and fined $1,000. 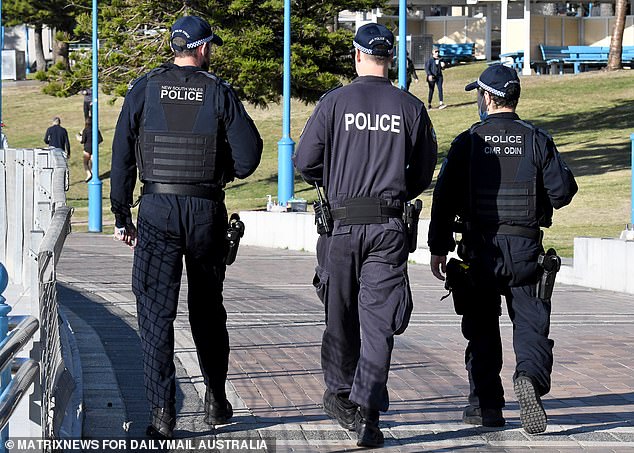