FIVE THINGS YOU MISSED FROM THE AUSTRALIAN OPEN OVERNIGHT

Serena Williams crashes out, Caroline Wozniacki ends career in defeat and could Australia finally have a homegrown female champion? – FIVE THINGS YOU MISSED FROM THE AUSTRALIAN OPEN OVERNIGHT

There was heartbreak in Melbourne on Friday as two big names crashed out of the Australian Open – Serena Williams missing out on a chance to win her 24th Grand Slam and Caroline Wozniacki ending her career in defeat.

But there was hope for Australia’s No 1 Ash Barty as the nation pines for its first homegrown female champion in 42 years.

Sportsmail’s tennis correspondent Mike Dickson rounds up some of the things you may have missed from day five in Melbourne.

Time is running out for Serena

Will Serena ever get to Grand Slam title number 24? After New York it seemed that she was fitter and therefore closer than ever after so many misses in the semi-finals. She had virtually the perfect preparation coming in here, too, winning the WTA event in Auckland in imperious fashion.

Now that Margaret Court-equalling title probably is not going to happen – she will be close to 39 by Wimbledon and she is not a good enough mover these days to win the French Open. Given the gathering importance of China to the women’s game, and with so many WTA tournaments now being staged there, Qiang Wang winning this match is a fairly significant moment in itself. 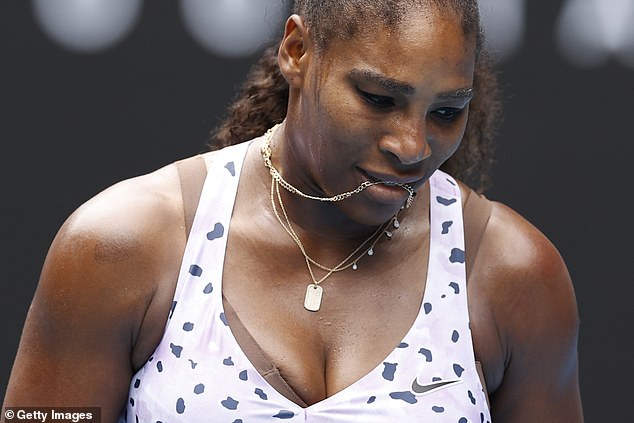 For Serena’s close friend Caroline Wozniacki it was over and out – she is retiring, and it all came to an end when she was beaten 7-5 3-6 7-5 by Tunisia’s Ons Jabeur, who has put her first round defeat of Jo Konta in some perspective.

As with Andy Murray on the same Melbourne Arena last year, the popular Wozniacki was given a video tribute featuring other players and the tears flowed. 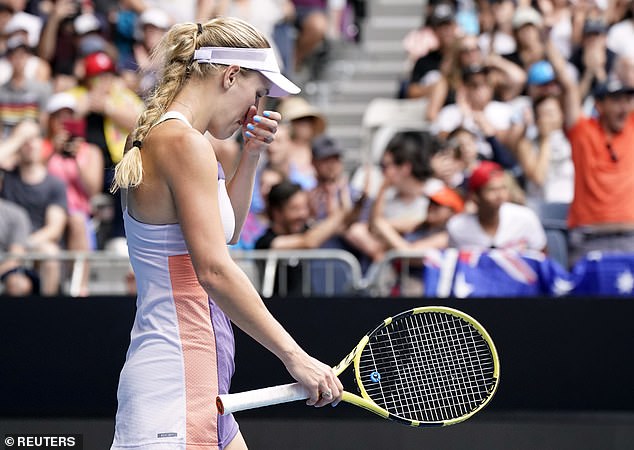 An emotional Caroline Wozniacki ended her career in a 7-5, 3-6, 7-5 defeat to Ons Jabeur

In the sometimes prickly women’s locker room former world number one Wozniacki has been a notably well-liked presence. ‘I think it’s fitting that my last match should be a three-setter, a grinder, and finish with a forehand error.

‘These are things I’ve been working on my whole career, but I guess it was just meant to be. It’s been an amazing ride,’ said the Dane. The impressive Jabeur becomes the first woman from an Arab country to make the last sixteen of a Grand Slam event.

No double trouble for Jamie and Neal 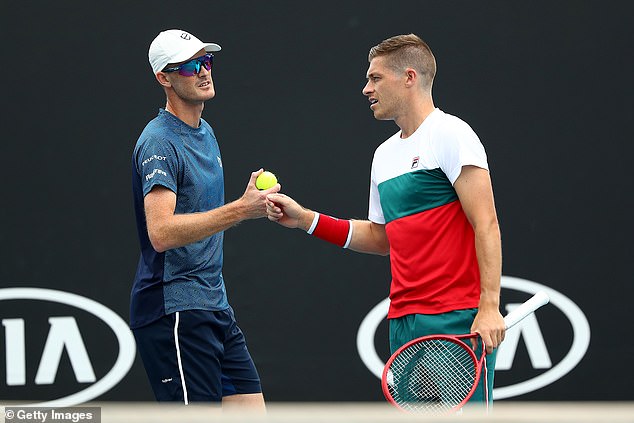 Jamie Murray and Neal Skupski are now happily reunited after the latter was forced to sit out the ATP Cup earlier this month because the qualifying criteria is based strictly on the rankings.

They came safely through to the second round, beating Poland’s Hubert Hurkacz and Canada’s Vasek Pospisil 6-4 6-4. They now play Americans Sam Querrey and Steve Johnson.

Barty’s motor is starting to purr after nervous start 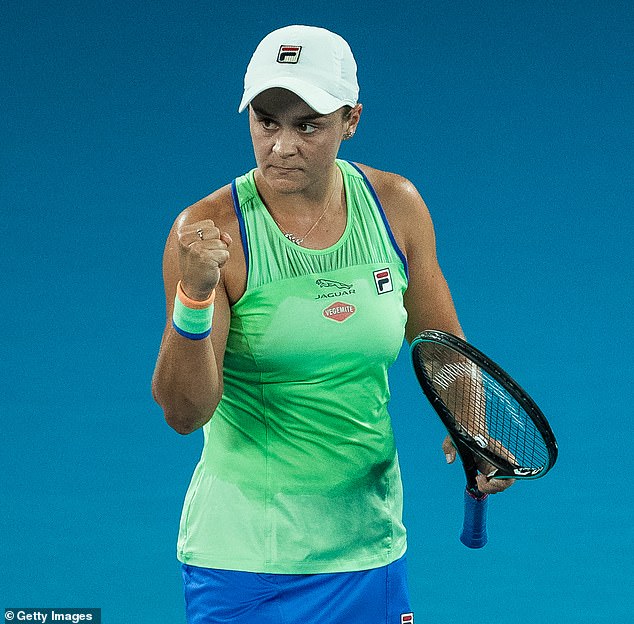 Having looked as nervous as a kitten at the start of her first round match Australia’s great hope Ash Barty is starting to motor. Seeking to become the first homegrown female champion in 42 years, the French Open winner stepped up again to beat the fast-rising Kazakh Elena Rybakina 6-3 6-2.

While she will not look far ahead Serena Williams has now been removed from her half of the draw, which might have seen her play the American in the semi-finals.

American dream is shattering down under

It had been a decent tournament for the USA to date, with five men in the third round, a good showing by their recent standards. But this morning saw several setbacks, and not just Serena Williams. 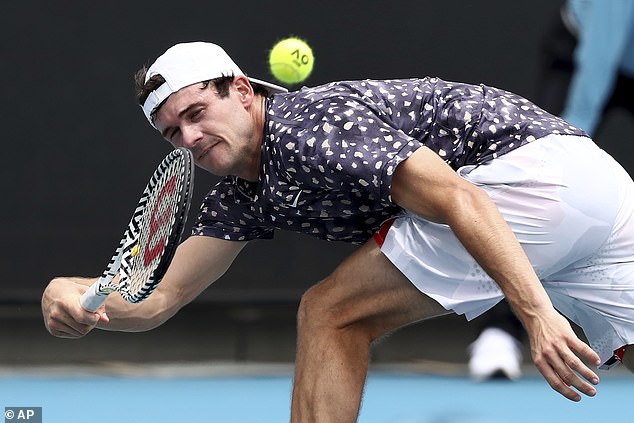 The US made a good start at the Australian Open but have faltered, with Tommy Paul now out