Five women are suing Monster energy drinks over its ‘abusive and discriminatory culture’.

Brent Hamilton, who remains the head of music marketing at Monster Energy, is accused of choking his ex-girlfriend Sara Rabuse and attempting to bite off her finger while drunk, according to her lawsuit, obtained by Huffington Post.

While another two top executives, vice president John Kenneally and another manager, Phillip Deitrich, are accused of harassing or bullying staff.

Five women are now suing the company on grounds of sexual discrimination, harassment or assault. They claim that Monster had an ‘abusive and discriminatory culture’ and that women were punished for speaking up.

Brent Hamilton, who remains the head of music marketing at Monster Energy, is accused of choking his ex-girlfriend Sara Rabuse (pictured with him) and attempting to bite off her finger while drunk, according to her lawsuit

The lawsuits describe Monster HQ as a ‘boys club’ where women executives were rare and often faced hostility.

Monster, which is partially owned by Coca Cola, denied that there was a culture of discrimination and said that the women who had filed the suits were simply ‘disgruntled employees.’

‘The only connection is that these individuals suing Monster for money have endeavored to band together to litigate their cases in the media,’ the statement continued. ‘The cases are diverse, unrelated and do not remotely suggest a systemic environment of harassment or discrimination.’

However, Kenneally, who was named in two lawsuits, was put on paid leave after reporters reached out about the suits last week. Monster claimed it was not related to the lawsuit. 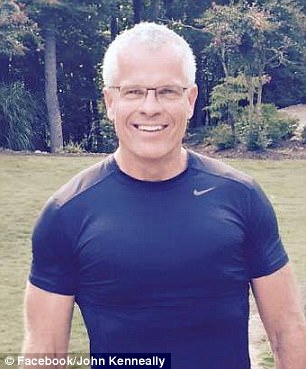 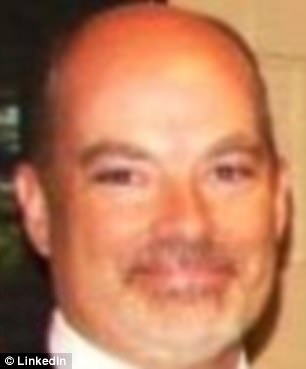 The most serious claims involve Hamilton who is charged with aggravated assault over the alleged fight with his ex in 2016. He is scheduled to appear in court for a jury trial in Tennessee this summer.

She believes Monster should be held partially responsible for Hamilton’s behaviour as they were aware of his history of both alcohol and cocaine abuse, and his violent outbursts, according to the lawsuit. Yet they still encouraged him to party as part of his job.

Hamilton, 46, remains the head of music marketing which involves partying with clients and attending late night shows of the various rock gigs and extreme sports events that Monster sponsor. 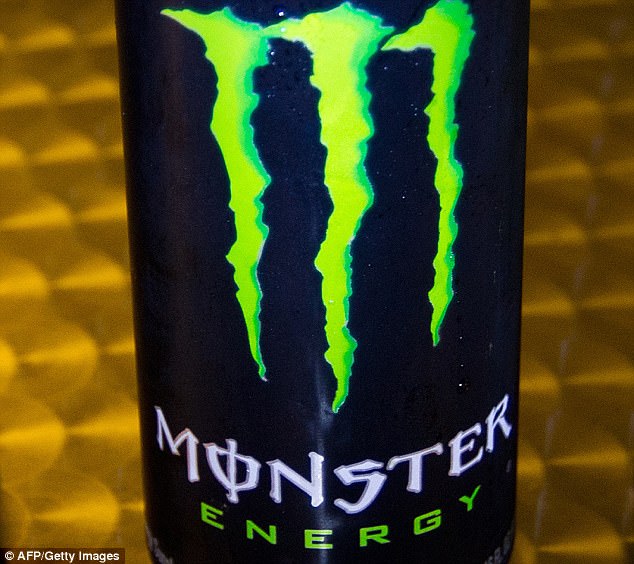 Five women are now suing the company on grounds of sexual discrimination, harassment or assault 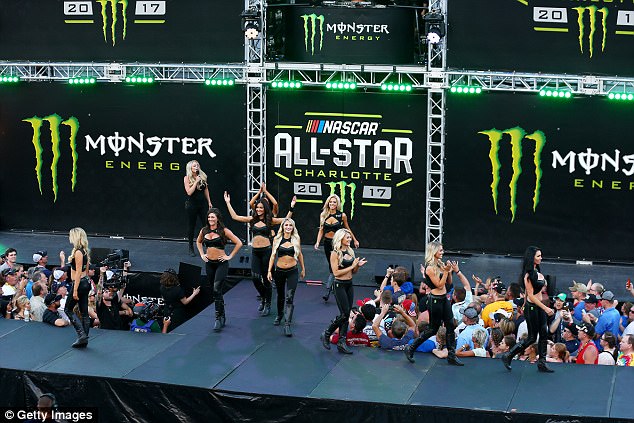 Staff say that there are very few women hired at Monster – and most of the ones that are, are the scantily clad ‘Monster Girls’ (pictured at the Monster Energy NASCAR All Star Race at Charlotte Motor Speedway on May 20, 2017)

In her lawsuit, Rabuse, 37, a makeup artist, described how she met Hamilton at the Rainbow gig venue in Nashville, in the summer of 2016.

She says he immediately charmed her, taking her to Monster-sponsored music festivals, shelling out on a $5,000 piece of artwork she admired on their second date, and giving her a Monster-branded fridge full of energy drinks.

He even hired her as the makeup artist for another Monster sponsored event.

Rabuse admits she was so overwhelmed by the attentions of this ‘Prince Charming’ that she overlooked red flags.

In her lawsuit, she claims Hamilton had a drinking problem and would yell vile insults at her while drunk, calling her a ‘whore,’ and ‘cheap’.

She says he also got physical with her, dragging her out of a hotel bed by her feet and on another occasion, putting his hands round her neck and telling her ‘Oh, I just want to choke you’ during a flight back from Sacramento.

Her lawsuit states that things escalated until the night of the alleged assault when they were in Nashville, Tennessee, the Country Music Awards in 2016. 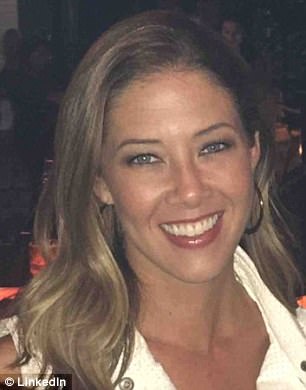 But neither of them made the awards show after they got into a fight in their hotel room where a drunken Hamilton assaulted her, according to her lawsuit.

Rabuse told police Hamilton tried to strangle her and tried to bite off her thumb.

She was found by another hotel guest lying on the floor of their hotel room, with clumps of her hair missing and her nails broken from trying to fight Hamilton. Police report that she also had bright red marks round her neck and a bloody thumb.

Hamilton was arrested, and Rabuse was rushed to hospital.

Monster does not deny the incident but says the alleged assault was a private matter.

‘There is nothing in Mr. Hamilton’s employment history with Monster, or otherwise, that would have suggested he has a violent or abusive history or that he and his ex-girlfriend would have gotten into a private domestic dispute as alleged,’ the company told HuffPost.

Kenneally also remains in his job, as a vice president at Monster, despite three women accusing him of bullying and harassment.

HuffPost reports it has obtained text messages he sent to one of these women, in where he ranted at her, calling her a ‘whore,’ claiming she must have ‘f**ked 50 guys’ and that he didn’t care if she was ‘f**king two black d**ks’.

The fury was directed at Page Zeringue, a 44-year-old single mom, who began dating Kenneally in 2014.

She says, in her lawsuit, he gave her two promotions and raises when they started dating, but he became abusive, jealous and controlling.

Zeringue claim she’d read her texts and emails and send her furious messages. 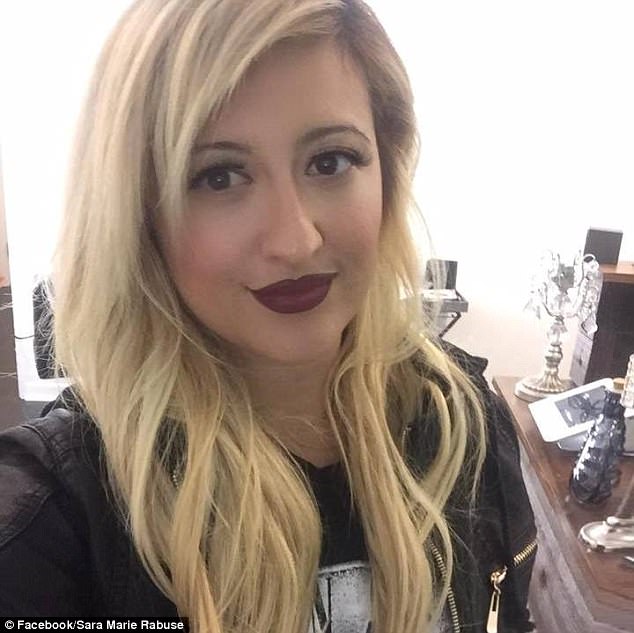 ‘You are so incredibly f**king selfish!!!!!’ Kenneally texted her in February 2015 when she failed to text him back immediately, according to her suit. ‘I wish I never had to speak or see you ever again unfortunately I do…..’

Zeringue says things got so bad she went to HR in August 2015, who ordered Kenneally to undergo sexual harassment training. But when he learned about it, he allegedly warned her he’d get her a disciplinary write-up.

The following month, according to the lawsuit, he did just that.

‘I tried every way to get you to look at things differently so you would not get written up or fired and you said fuck you,’ Kenneally, 60, texted Zeringue. ‘So now I am officially done I don’t give a s**t what happens to you.’

The single mom, who says the write up was a bunch of fabricated issues, was fired a few weeks later. Monster insists her firing was not related to her relationship with the executive. 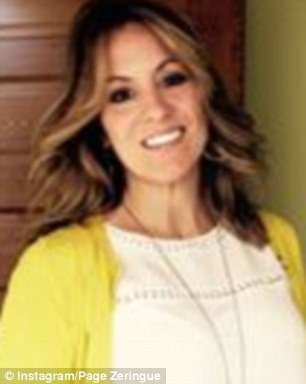 Mary Frances Pulizzi is also suing over Kenneally’s behavior. She says that life at Monster had been going well for her until she was called into HR as part of an investigation into Kenneally after he was overheard calling another staff member a ‘whore.’

Told that everything she said would be kept confidential, she opened up about her boss, his gossiping, speculation about coworkers sex lives and the ‘whore’ incidnet, the suit states.

In fact, her comments got back to Kenneally almost immediately, who she claims in her lawsuit, then spread malicious lies about her. Eventually, she left the company.

Deitrich, 51, is accused of bullying a female member of staff in front of co-workers and forcing her out of her job.

Past female employees describd Monster as a boys club with few women aside from the scantily clad ‘Monster Girl’ hired for events.

‘Being a woman within Monster is rare,’ Jamie Leigh Hogan, 37, a former regional manager for the company, said. ‘It’s a guys club and you have to be able to hang. You have to put up with some things.’

Hogan said that even by the male dominated, often sexist drinks industry, Monster was unusually bad.

She says that as soon as she was transferred to Deitrich’s team in 2015, he made her life a misery.

He would call her out in front of colleagues, failed to offer her stock options while all the men on the team got them, and allegedly paid her less, her suit stated.

Hogan said Deitrich began holding team meetings without telling her and then reprimanding her for missing them. Eventually, he wore her down and Hogan said she simply couldn’t take it anymore and suit.