A Russian passenger jet has crash landed in a cornfield after a flock of birds got sucked into both engines, causing them to fail.

The Ural Airlines A321 plane was taking off from Moscow’s Zhukovsky airport on Thursday morning when it hit the birds, causing one engine to burst into flames and the other to shut down.

At least 23 of the 226 passengers and seven crew on board the plane were injured in the crash, including a pregnant woman and nine children, though none were seriously hurt.

Russian media immediately began comparing the crash to the Miracle on the Hudson, when pilot Chesley Sullenberger successfully landed a plane on New York’s Hudson River in 2009 after geese got caught in both engines. 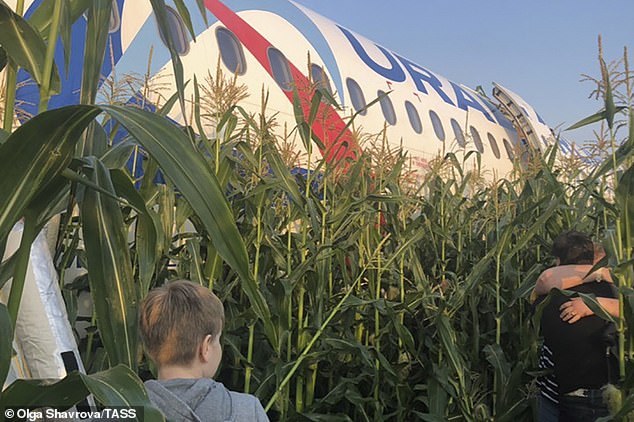 At least 23 people were injured during the crash, including nine children and a pregnant woman, most of whom suffered concussions 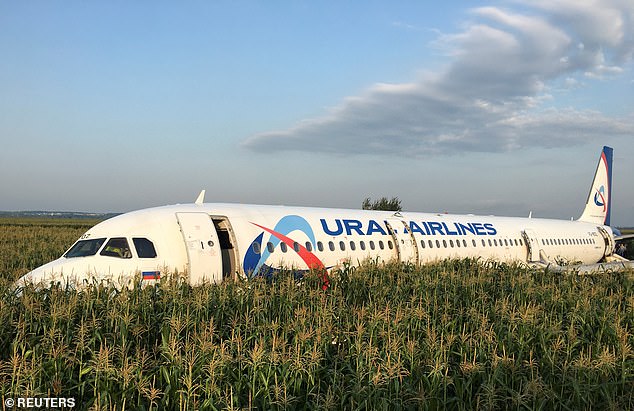 The plane was taking off from Moscow’s Zhukovsky airport when a flock of birds got caught in both engines, forcing the pilot to land in the field 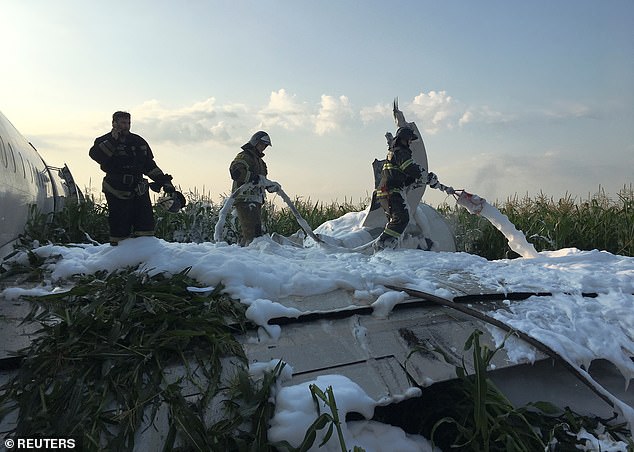 Passengers reported seeing a flash and smoke coming from one engine, while the other one could be heard shutting off

All 155 people aboard the US Airways Airbus A320 were rescued by nearby boats with few serious injuries.

Igor Nikulin, 28, Svetlana Babina, 34 and Nina Lysova, 69, were also among those hurt, though the extent of their injuries was not clear.

Captain Damir Yusupov had radioed the airport asking to make an emergency landing but then decided to bring the plane down in a cornfield near Ramenskoye settlement in Moscow region, Russia’s 1TV channel reported.

Passengers reported seeing ‘a flash and then a smell of smoke’ as one of the engines caught fire, before the second also stopped working.

He had no engine power when he landed, reports say.

One passenger said: ‘We are standing in the middle of the field.

‘One boy broke his arm, another one broke his finger.

‘They told us nothing. The engine clapped several times, they tried to restart it, and we began to fall down.

‘I was holding onto the cross around my neck and now I do believe in God.’

The captain reported that he could Yusupov got in control of the situation, chose the place for landing and landed. 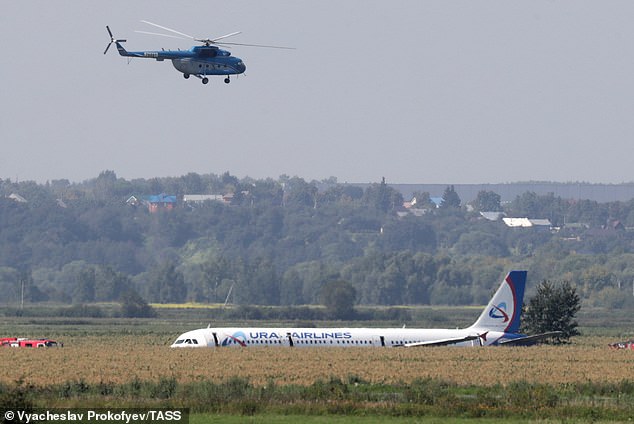 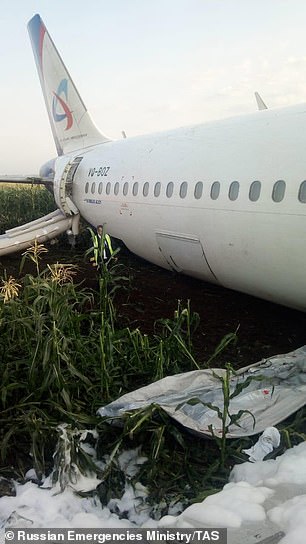 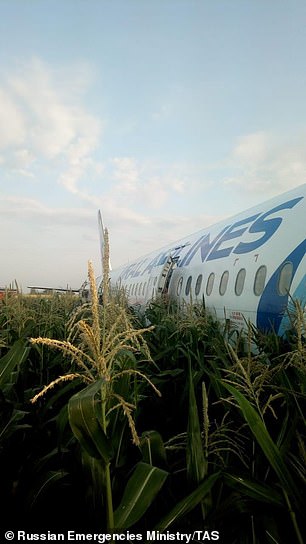 Witnesses said one of the engines burst into flames after a bird got sucked inside, before the other one also shut down 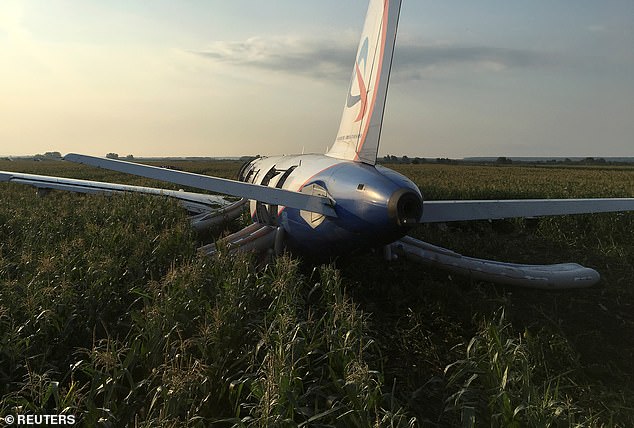 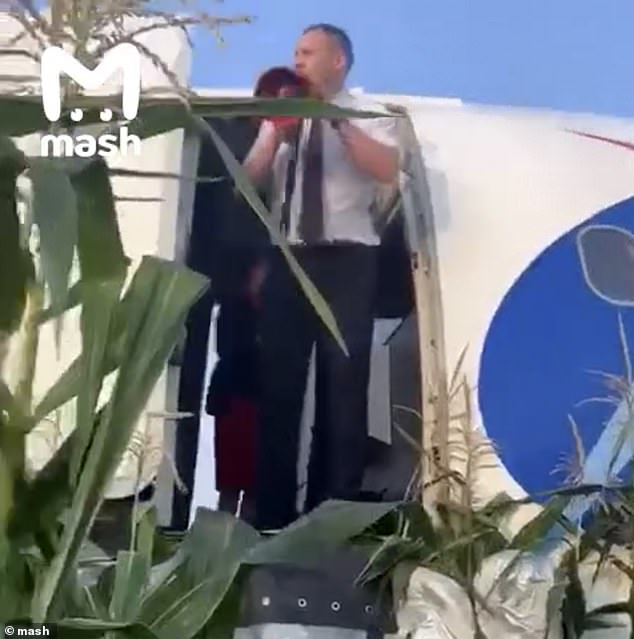 A teenage boy passenger who was streaming a report from the field where the plane landed said: ‘I am from a plane that came down.

‘We were taking off from Zhukovsky, and some five seconds after were were off the ground, the plane began to shake in a very strong way.

‘In another five seconds the lights on the right side of the plane started flashing and we felt the smell of smoke.

‘Then the plane landed and everyone rushed out. All is good.’

Ural Airlines press service said: ‘While taking off from Zhukovsky airport, multiple birds got into the engines of the plane of the flight U6178. 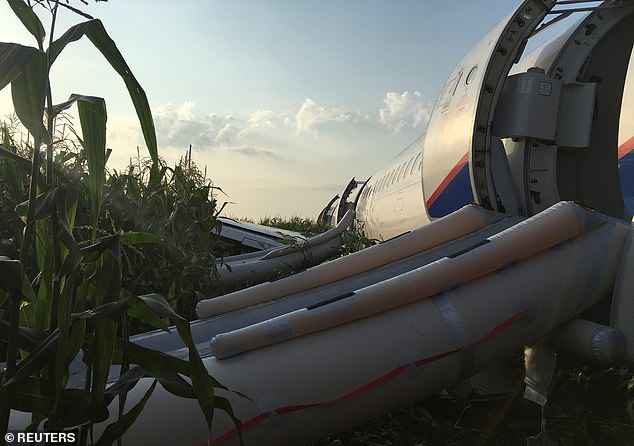 Emergency slides which were used to evacuate passengers from the aircraft 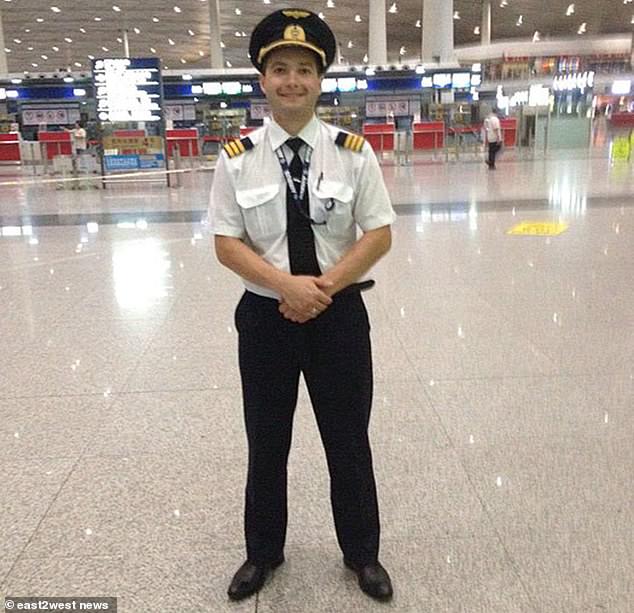 Captain Damir Yusupov had radioed the airport and asked to make an emergency landing, but was forced to bring the aircraft down in a cornfield instead 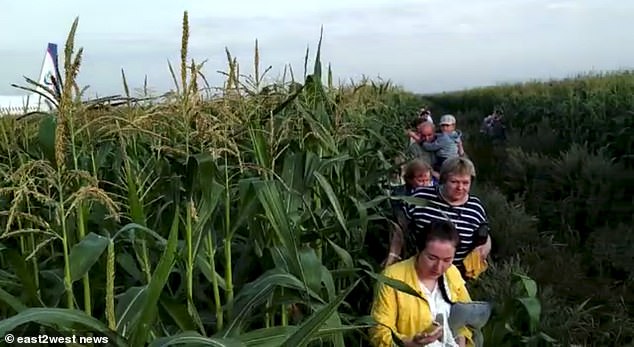 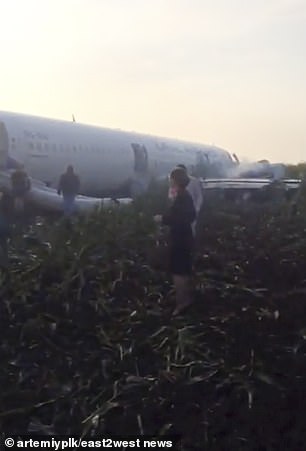 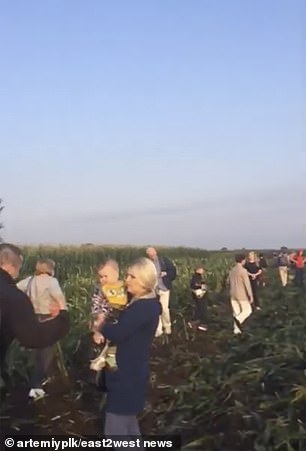 ‘The plane had an emergency landing.

‘The crew and passengers were not hurt.’

The plane was packed with tourists en route to Simferopol, capital of Crimea, the Black Sea peninsula annexed by Russia from Ukraine in 2014.

A later report from the Emergencies ministry rsaid 10 people were injured during emergency landing.

Three were rushed to hospitals.

One man had a broken arm and two children suffered concussion.

A witness on the ground said: ‘I was going fishing when I saw the plane falling down.

‘It did hit the ground when landing, and there was smoke visible, not fire, just smoke.

‘I stopped a bit away from it and immediately called all the emergency services.

‘Then I drove close and saw people coming out.’ 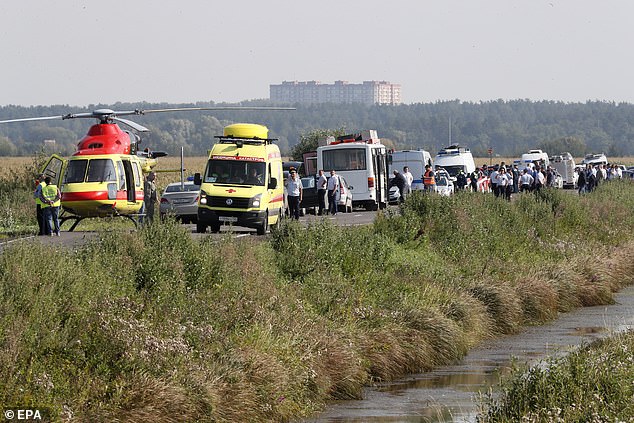 Ambulances, a medical helicopter and passing vehicles stop to help after a passenger plane crashed near Moscow’s Zhukovsky airport 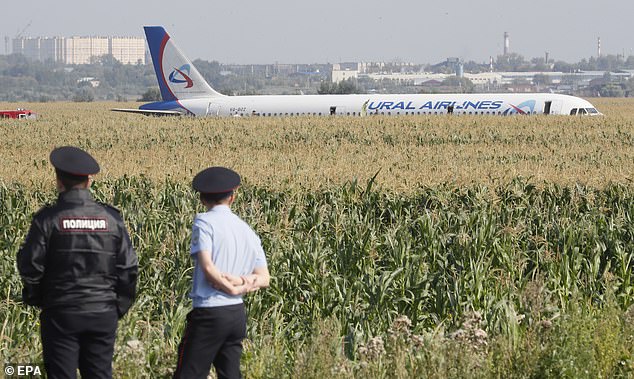