Poet’s corner: One-bedroom flat in the Kensington mansion block once home to TS Eliot is for sale for £1million

A one-bedroom flat in the building that includes the former home of TS Eliot has gone on the market for just shy of £1million.

The flat for sale in London’s affluent Kensington is part of a red brick mansion block where the poet once lived.

It is called Kensington Court Gardens and has a blue plaque on the exterior highlighting its famous literary former resident.

While TS Eliot lived in the same building, he did not live in this specific flat for sale which has a price tag of £995,000, reflecting its location in one of London’s most expensive areas.

The flat for sale is part of a red-brick mansion block in London’s affluent Kensington and has a price tag of £995,000 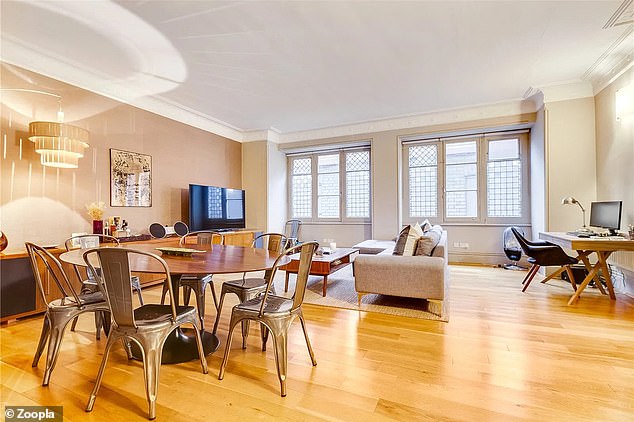 The mansion block was originally built between 1887 and 1889 and is a stone’s throw from Kensington High Street.

It has good access to public transport, including to Kensington High Street underground station.

Thomas Stearns Eliot is shown to have lived and died at the property via one of London’s blue plaques, which link the people of the past with the buildings of the present. 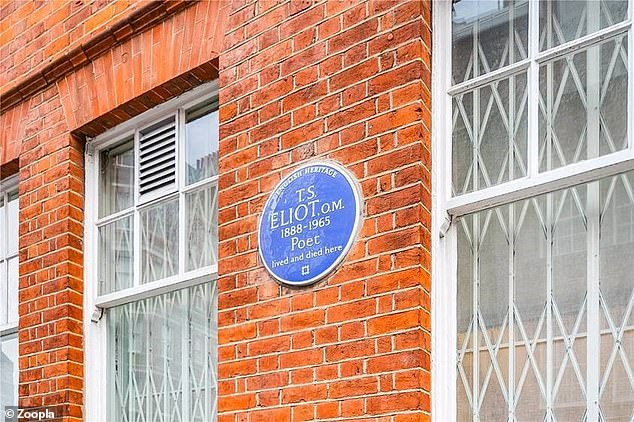 TS Eliot was born in 1887 on September 20 and was best known as a poet and playwright.

He was born in Missouri, but moved to England in 1914 and become a British citizen in 1927.

It was followed by some of the best-known poems in the English language, including The Waste Land, The Hollow Men, Ash Wednesday and Four Quartets.

He was awarded the Nobel Prize in Literature in 1948 for his outstanding contribution to poetry. 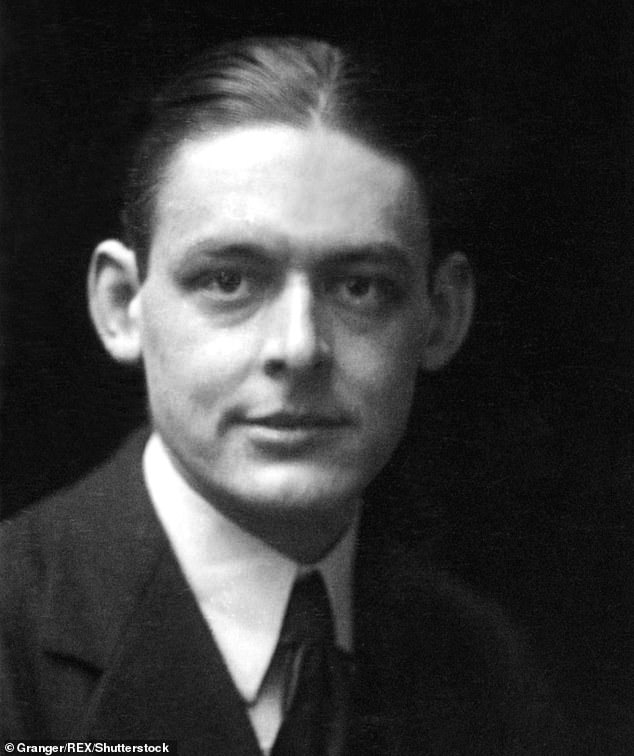 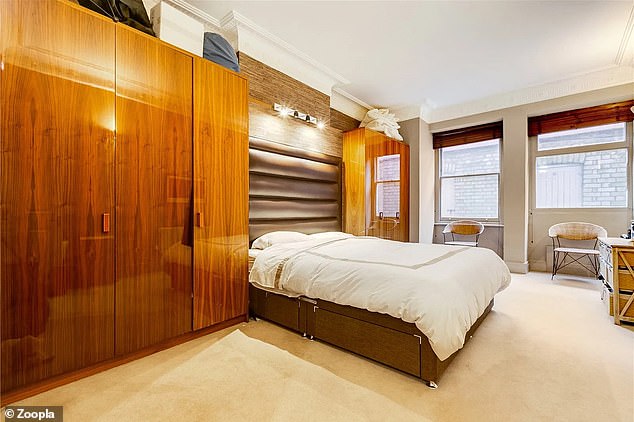 The Kensington flat for sale has a large living room with tall ceilings and cornicing, along with a separate kitchen.

There is also a walk-in shower room and a double bedroom with some built-in storage.

Barney Goss, of estate agents Marsh & Parsons in Kensington, which is handling the sale, said: ‘Kensington Court Gardens has a fantastic literary connection – the building used to be home to TS Eliot – and is in an amazing position just south of Kensington High Street and a short walk away from Kensington Gardens.

‘With high ceilings and period features throughout, the property presents an excellent opportunity for a buyer looking to live in a historic, prestigious address in a prime London location.’ 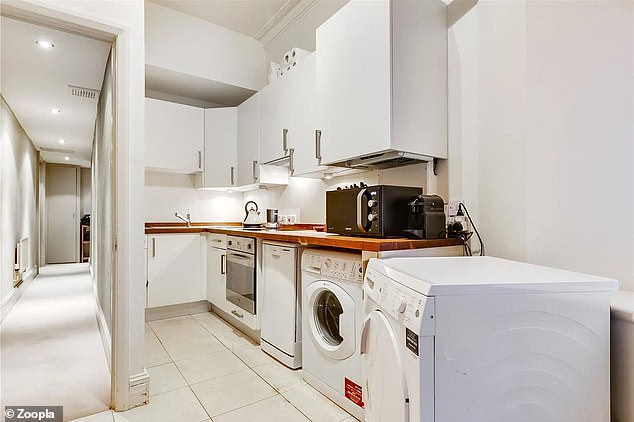 The average price of a property in Kensington is £1,970,090, compared to the national average of £329,735, according to property website Zoopla.

Tom Parker, of Zoopla, said: ‘This property would make the perfect home for a buyer looking for city living that provides easy access to green spaces.

‘Located moments from bustling Kensington High Street with its many shops and restaurants, the apartment is also within walking distance from Kensington Gardens, Holland Park and Hyde Park.

‘Even better, it’s located in a building steeped in literary history as the place where famed poet T.S. Eliot lived and died.’