A woman whose 100ft trees left her neighbours feeling ‘depressed and imprisoned’ in their own home has won a battle to avoid having to cut them down.

Susan Rhodes has been locked in a dispute with Ian Walker for more than five years over massive trees on her property, which are said to block natural light from entering through the upper floor windows.

Mr Walker – who has complained the trees left him feeling ‘depressed’ – occupies the upper floor of a Victorian villa while Miss Rhodes owns the ground floor.

A woman whose 100ft trees left her neighbours feeling ‘depressed and imprisoned’ in their own home has won a battle to avoid having to cut them down. Susan Rhodes was told by Dundee council to trim her trees previously after Ian Walker complained, however the ruling has been quashed (pictured in 2012)

Mr Walker had used high hedge legislation to force his neighbour to take action after several attempts at resolving the issue failed.

Dundee City Council agreed and ordered the trees be chopped down to 23ft but Miss Rhodes appealed the ruling to the Scottish Government insisting the trees did not form a barrier to light and do not affect the Walkers’ property.

However, government reporter Sue Bell has now quashed the council’s ruling and said the trees do not apply to high hedge laws.

In a written judgment, Miss Bell said: ‘I consider that the trees/ shrubs should be considered as individual specimens and not as constituent parts of a hedge.

‘I viewed the effect of the trees on light levels entering the southern-facing windows.

‘The upper parts of some of the trees were clearly visible opposite the windows, and given the southern aspect of the window, would act to block direct sunlight and reduce light levels. 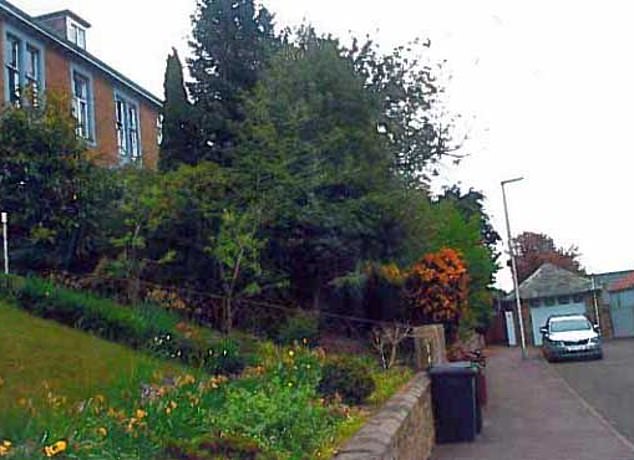 Susan Rhodes has been locked in a dispute with Ian Walker for more than five years over massive trees on her property, which are said to block natural light from entering through the upper floor windows

‘However, the obstructions were caused by the canopies of individual trees and there were significant gaps between the canopies of each tree opposite the windows reducing the overall effect as a barrier to light.

‘The purpose of the High Hedges (Scotland) Act 2013 is to enable the control of hedges, and not for the management of individual over-large trees or shrubs.

‘When considered in their totality, I conclude that for the reasons set out above, the trees/shrubs do not meet the definition of a hedge, as set out within the High Hedges (Scotland) Act 2013. 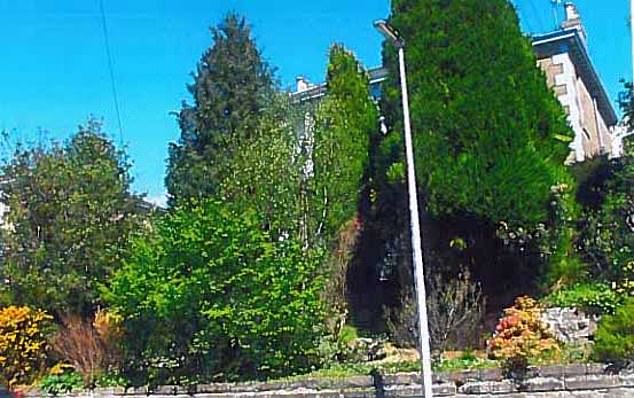 ‘That being the case, I quash the High Hedge Notice issued by the City of Dundee Council and do not need to consider the other grounds of appeal further.’

Mr Walker had earlier complained the trees left him and his wife feeling ‘depressed’.

He said: ‘My wife and I have lived in our upper storey flat for 35 years and are depressed and saddened by the deteriorating circumstances of our living conditions.

‘This high hedge acts as a barrier, blocking natural light as we are acutely aware of our front rooms darkening yearly.

‘The trees are 20-30 metres high, positioned close to the house, of considerable spread and still growing.’

He had also claimed the trees posed a safety risk, adding: ‘The height and closeness of these trees adds to a claustrophobic feeling of being imprisoned and takes away from being at ease in our own home.

‘This loss of a sense of openness is added to by the outlook from our windows being so restricted.’

High hedge laws were designed to address disputes between neighbours.

Common complaints include lack of sunlight, dampness and claims tall trees are dangerous.

The Act aims to provide a solution to the problem of high hedges, where neighbours have not been able to resolve the issue amicably, by providing an effective means of resolving disputes over the effects of high hedges which interfere with the reasonable enjoyment of domestic property.

Definition of a high hedge

A high hedge, as defined by the Act, must comprise of a row of two or more trees or shrubs; rise to a height of more than two metres above ground level; and form a barrier to light.

Not all hedges over two metres in height will automatically be classified as a ‘high hedge’. This will only happen where a formal complaint is made via a high hedge notice application and that complaint is upheld by the council. A hedge would not be regarded as forming a barrier to light if it contains gaps which reduce its overall effect as a barrier at heights exceeding two metres.

All types of hedge will be considered by the Act, whether they are evergreen, semi-evergreen, or deciduous. However any hedge not rising more than two metres above ground level cannot be considered as a ‘high hedge’.

What is not covered by the Act

The Act does not cover single trees and it does not take the roots of a high hedge into account. The legislation does not apply to trees which do not form a hedge. Two trees growing together does not automatically form a hedge, for example well-spaced tree lines and avenues are not generally considered as a hedge even if coalesce (grow together). Similarly, woodland edges are not classified as hedges.

The high hedges legislation does not cover overhanging branches or blockages caused by falling leaves. However, under common law provisions, householders have the right to cut branches back to the boundary between the respective properties. It is recommended you let you neighbour know if you intend to do this.