Fleet of monster trucks roll in to flood-hit Texas

A Houston mechanic has come up with a novel way of rescuing people caught up in Hurricane Harvey – by using monster trucks.

A video showing a US Army vehicle being dragged out of the water by an SUV with huge wheels fitted to it has been viewed thousands of times.

Crowds cheered as it emerged from the water. 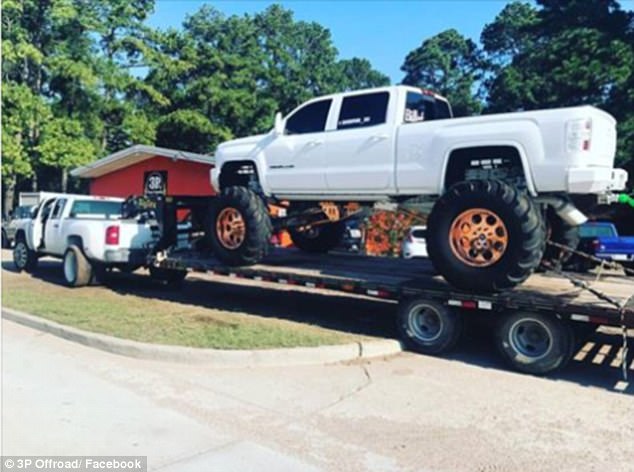 The rescue was carried out by one of five monster trucks in a mission organised by airport worker Josh James, who told ABC News: ‘When people need help and I can help, I’m out there.’

James, 26, and his team of volunteers, from the Rednecks with Paychecks dirt racetrack, also helped save people in an apartment complex in the Copperfield area of Houston.

The trucks have been helping first responders get to places emergency vehicles cannot reach. 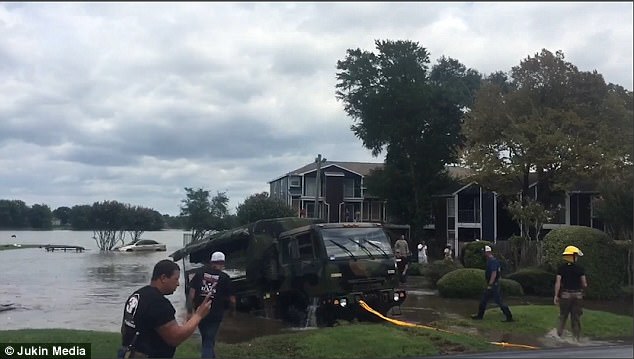