Two men are still fighting for life after a car mowed down pedestrians on Flinders Street in Melbourne’s CBD.

Twenty people were hospitalised – including alleged driver Saeed Noori and the off-duty police officer who arrested him – when a white 4WD ploughed through a group of pedestrians last Thursday.

An 83-year-old Brunswick man and two South Korean men in their 60s were initially listed as critical but one has since improved, police said.

This is the car police will allege Saeed Noori used in an attempt to murder pedestrians on Flinders Street, Melbourne, about 4.45pm last Thursday 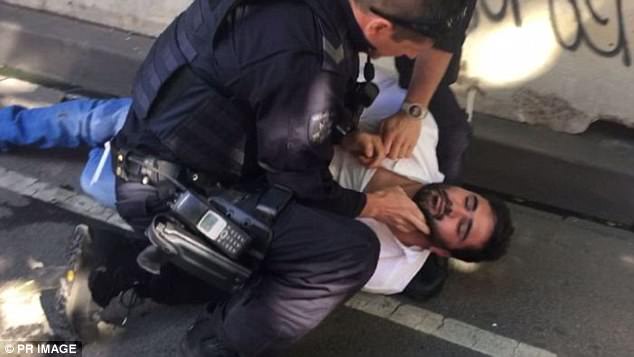 All up, eight pedestrians remain in hospital nearly a week after the horrifying evening peak hour accident. Twelve people have been discharged from hospital.

Noori is an Afghan refugee and Australian citizen with a history of drug and mental health problems.

He has been charged with 18 counts of attempted murder and one of conduct endangering life.

Police allege Noori acted with ‘the intention of killing or causing serious injury’.

Noori appeared in court on Saturday and was remanded in custody to reappear on Wednesday. 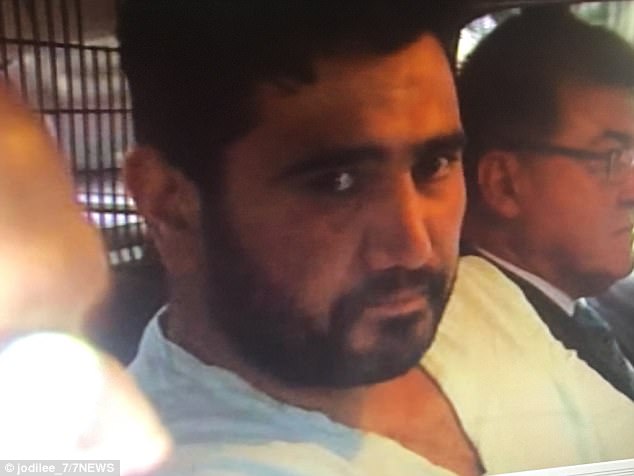 Accused: Afghan refugee and Australian citizen Saeed Noori, seen being driven to the custody centre for a police interview at the weekend