Consumers are being warned the price of fruit and vegetables could be on the rise after flooding across NSW and Victoria’s impacted key agricultural areas.

He told a media conference prime agricultural regions had been ‘very badly impacted by the repeated floods’.

‘It’s likely that these floods are going to have a cost of living impact on people because of the impact of prices of fruit and vegetables,’ Mr Watt said.

The department of agriculture is trying to work out what financial impact flooding across parts of NSW and Victoria will have on agricultural production.

‘I think that we can expect that it is going to be a very large dollar impact … we don’t have precise dollar figures but we’re certainly working on it,’ Mr Watt said.

The federal and state governments are also discussing extra support for impacted farmers.

In Victoria’s north, where floodwaters continue to rise, farmers are counting the costs.

Victorian Farmers Federation president Emma Germano said it was too early to say what the full impact on food availability and prices would be.

‘Floodwaters have significantly impacted many parts of the agriculture industry,’ she told AAP on Monday.

‘There will be significant impact and disruption coming through our supply chain in the coming months.’ 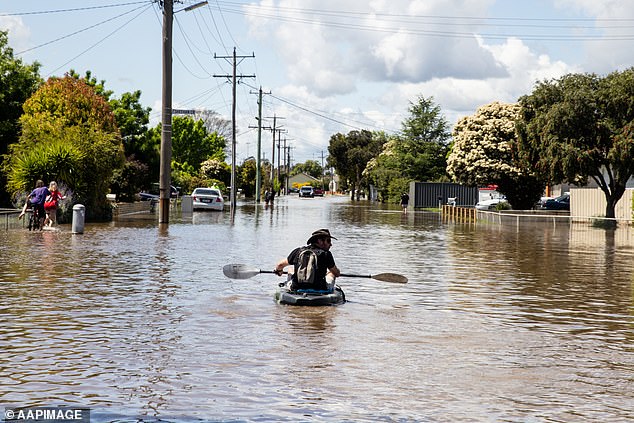 Flooding has hit communities across Victoria including Shepparton (pictured) in the north of the state. The regional city is an agricultural hub 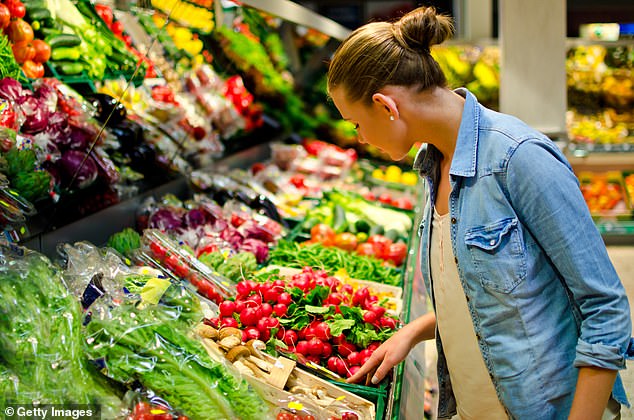 Farmers in Victoria had been expecting a bumper winter crop but analysts say they now face volume and quality downgrades due to the excessive rains.

RaboBank issued its Australian winter crop forecast on Monday which found there’s been a significant impact on yields on low-lying crops with many underwater in central and northern Victoria.

‘While Victoria was on track to break production records until last week, we are going to have to wait for all the forecast rainfall to come through and for waters to recede to see the full impact,’ RaboBank’s Dennis Voznesenski said.

‘The unfavourable conditions mean harvest is likely to be drawn out into January,’ he said.

Flooding in parts of both NSW and Victoria has led to washed-out fields and unharvestable crops.

‘The biggest impacts in Victoria, are expected in the low line country … there are literally crops fully underwater,’ Mr Voznesenski told AAP.

He said NSW had already felt the brunt of the flooding from excessive rain earlier in the year.

‘Winter crops like wheat, barley and canola were already downgraded in NSW and we could see even more cropping land impacted now,’ he said.