‘I’m gonna get sharked!’ Angler battles hungry sharks chasing her kayak as she catches a huge tuna off Florida

A kayak angler was chased by two sharks after she caught a huge tuna while kayaking in South Florida.

Briana Andrassy was followed by the predators two miles off shore after she made the impressive catch in terrifying footage.

She escaped the sharks in her boat despite them following her to the Lake Worth shore, swimming right up to the kayak. 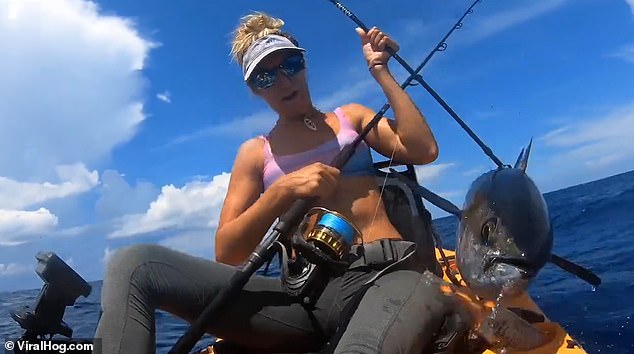 The Florida native caught a rare blackfin tuna , which can grow up to 30 pounds, before the sharks descended on her boat 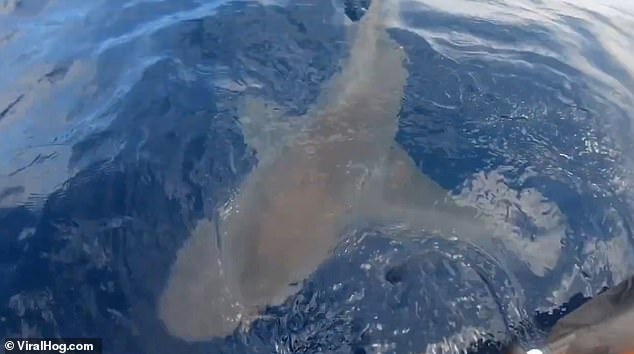 Ms Andrassy shouts ‘I have a huge tuna’ after both her rods get caught on a fish before she realises the cost of her rare catch, saying ‘I’m going to get sharked’.

She pulls out the large fish, which can range up to 30 pounds, and says ‘Oh my god’ in amazement.

Soon enough the sharks make their way over and she says ‘look at the sharks at the back’, putting the camera underwater to show the two lurking at the surface next to her boat.

The sharks swim around the front of her kayak and follow her back to shallow waters as the blood of the tuna covers her clothes and she screams. 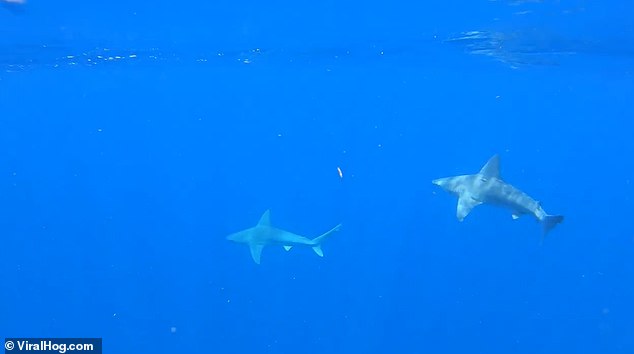 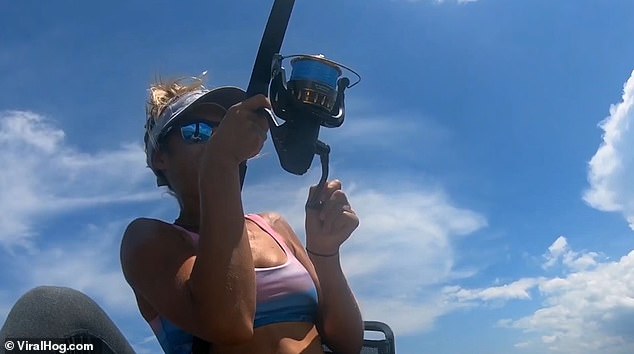 After her joy at the catc, she realises what was going to happen, saying ‘I’m going to get sharked’

Her impressive catch was made in July last year but the footage has only recently surfaced.

Bri said: ‘While kayak fishing offshore, I hooked up on the elusive South Florida blackfin tuna, which took me on a wild ride.

‘I was quickly joined by the not-so-elusive South Florida sharks which battled me for my catch. I may have lost a rod, but I got dinner.

‘I am wearing a life jacket, it is a belt pack. Craziest day on the water for me, but that tuna was worth it.’ 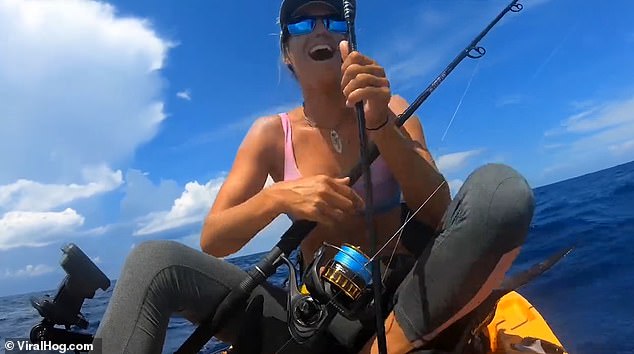 Ms Andrassy was one of the hosts of Fox News’ TV series Facing Waves and is an offshore kayak fisher, free diver, and paddle board fisher for Hobie Fishing 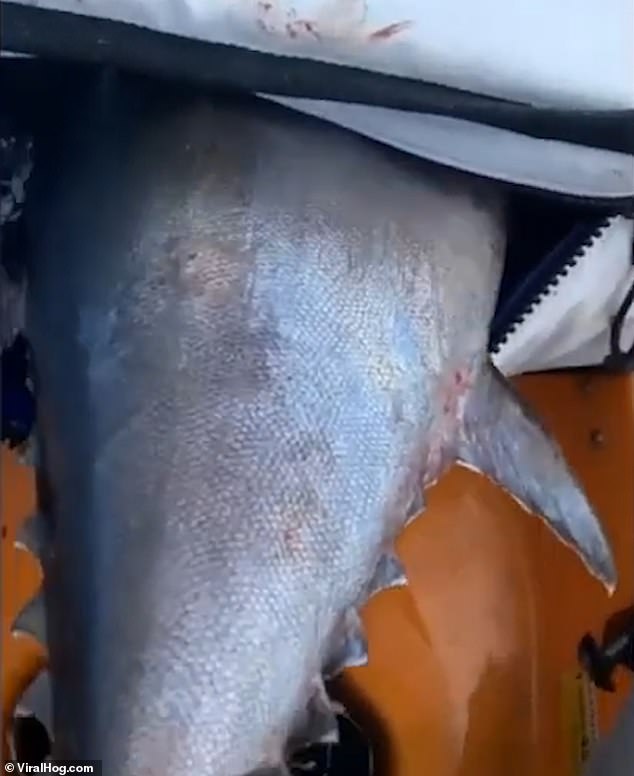 From January 1 this year, anglers in Florida have been limited to two blackfin tuna per person per day according to state law

Briana Andrassy was one of the hosts of Fox Sports’ TV series Facing Waves and is an offshore kayak fisher, free diver, and paddle board fisher for Hobie Fishing.

From January 1 this year, anglers in Florida have been limited to two blackfin tuna per person per day according to state law.

The fish can be found throughout Florida, the Atlantic, Gulf and Caribbean and are typically caught in deep water offshore, from 90 feet or deeper along the Atlantic Coast.