A Florida cashier has been busted for trying to scam a customer out of a winning lottery ticket.

Crystelle Baton, 42, who worked at a Fort Myers, Florida, Winn-Dixie Liquors store, was arrested after she allegedly attempted to cheat a ‘customer’ out of a $600 lottery ticket prize by handing over a $5 payout instead.

Baton was said to have been manning the register when a customer – an undercover lottery agent – gave her a winning ticket, WBBH reported. 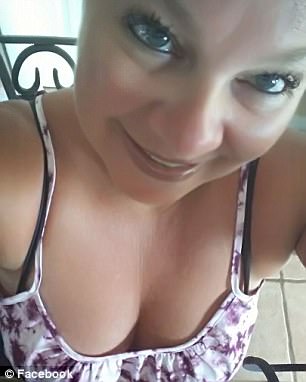 Florida Winn-Dixie cashier Crystelle Baton, 42, was arrested after allegedly trying to scam an undercover lottery agent out of the winnings of a $600 dollar by giving him $5 from her purse

Baton then scanned the ticket and realized that it was worth $600. Instead of telling the undercover agent, she allegedly pulled $5 out of her own purse and handed it over, telling the agent the ticket was only worth that amount.

The agent, who worked for the Lottery’s security division, left the store. He then returned shortly afterwards to arrest Baton.

The $600 lottery ticket was found hidden inside her notebook.

Baton was charged with larceny grand theft on Monday and posted a $5,000 bond on Tuesday. She is due in court on February 26, according to the Miami Herald. 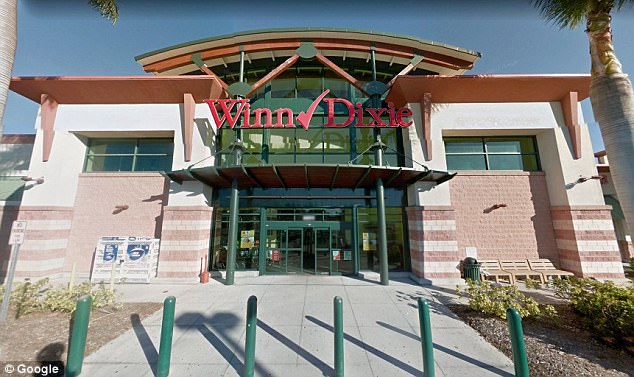 The undercover operation that caught Baton at this Winn-Dixie location in Fort Myers, Florida was part of a routine integrity investigation the Lottery Commission conducts

Authorities said that she was caught up part of a routine integrity investigation, in which Lottery Commission employees checked up on ticket sellers in an effort to make sure that the games were being played as they should be.

The Jacksonville, Florida-based Winn-Dixie chain said in a statement obtained by WBBH that Baton had been fired and that the company is ‘taking this matter very seriously as the trust and safety of our customers is our highest priority.’