Florida ‘doomsday prepper’ couple charged after ‘enslaving two women on their farm for years and subjecting them to sexual abuse, physical beatings and starvation’

Mirko Ceska, 58, and Regina Ceska, 55, were arrested by Wakulla County Sheriff’s Officers at their farm in Crawfordville on Friday.

They were charged after two females fled their custody and told police on June 28 about the alleged abuses they suffered while being held captive.

The victims described a variety of punishments the couple allegedly inflicted upon them, including beatings, restricting their food intake and verbal abuse.

The most recent physical attack they claimed was carried out with a metal rod, according to a police statement.

Detective noted one of the females had marks and bruises on her back and arm.

Both women also told police that Mirko would ‘force sex acts upon them, some with the support of Regina Ceska.’ 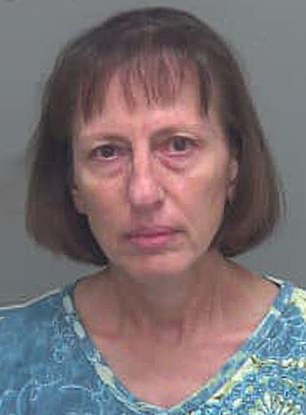 Mirko Ceska (left), 58, and Regina Ceska (right), 55, of Crawfordville, Florida, have been arrested after allegedly subjecting two women to physical and sexual abuse at their farm

They described the Ceska’s as ‘doomsday preppers’ with getaway properties located throughout America that contained food rations and weapons in ‘the event of a major calamity.’

‘Some of the firearms were hidden behind false walls or a staircase,’ the police statement read. They also found large quantities of food supplies and survivalist items.

A homemade video was recovered that showed Mirko screaming very closely to the faces of the two women for ‘stealing food.’

Details about the victims’ alleged abuse were released by police, who launched their investigation following the pair’s escape. 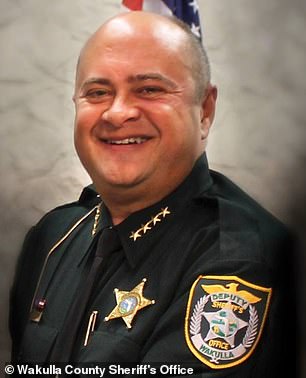 Sheriff Jared F. Miller (above) of Wakulla County Sheriff’s Office, shared the statement on social media, revealing details about the alleged sexual and physical abuse of two women. Miller was among the team at arrested Mirko and Regina Ceska

They had been in the custody of the Ceskas who used them as farm labor and started each work day at 5.30am, the women claimed.

They were trained to raise pigs and sheep, grow various fruits and vegetables, and carry-out other chores that included sheep sheering, utilizing a loom and sewing.

The women say they were not allowed to go anywhere, have friends, cellphones nor talk to people in public places.

‘They were not allowed to agree, talk or shake hands with anyone in public; rather, they were instructed to always look happy,’ the released said. ‘They stated that if they didn’t smile, they would get punished.’

Mirko Cesca has been charged with Sexual Battery, Sexual Assault, Abuse, and Neglect.

Both were booked into Wakulla County Jail. The investigation is currently ongoing.