Massive swarms of lovebugs are turning Florida’s skies black as they descend upon the Sunshine State to mate.

Locals are calling it the worst invasion ever.

Despite their cute name, which comes from the insects flying around in mating pairs, they are a nuisance pest for residents.

Millions of lovebugs are invading Florida. The insects are attracted to the heat of highways and splatter their guts and eggs on windshields and bonnets 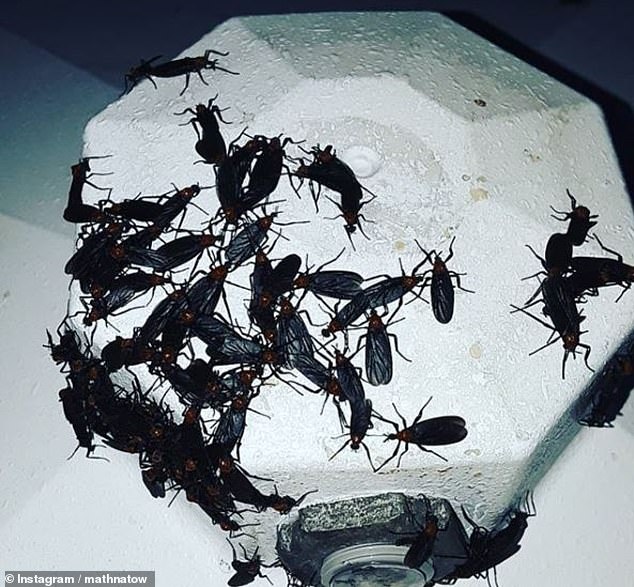 Lovebugs are from the same family as flies and live just three or four days. They are an invasive species in Florida

‘They are absolutely everywhere. It’s horrendous.’

While they are around all year, the pesky bugs usually live underground and only form their dreaded swarms during their mating season in May and again in  September.

Attracted by the heat of asphalt and vehicle fumes on highways, the swarms madden motorists as their guts and eggs splatter on windshields and hoods.

They often fly into joggers’ mouths, get caught in people’s hair and force outdoor restaurants to close. 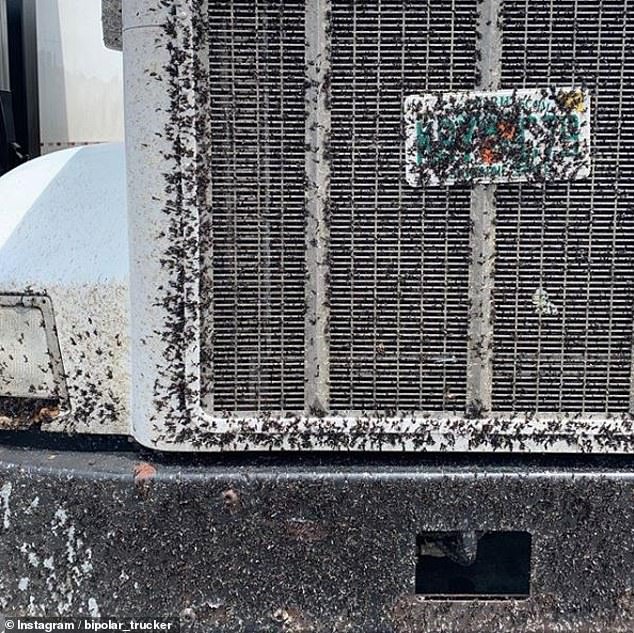 Such a nuisance: Lovebug carcasses can clog up radiators and cause vehicles to overheat 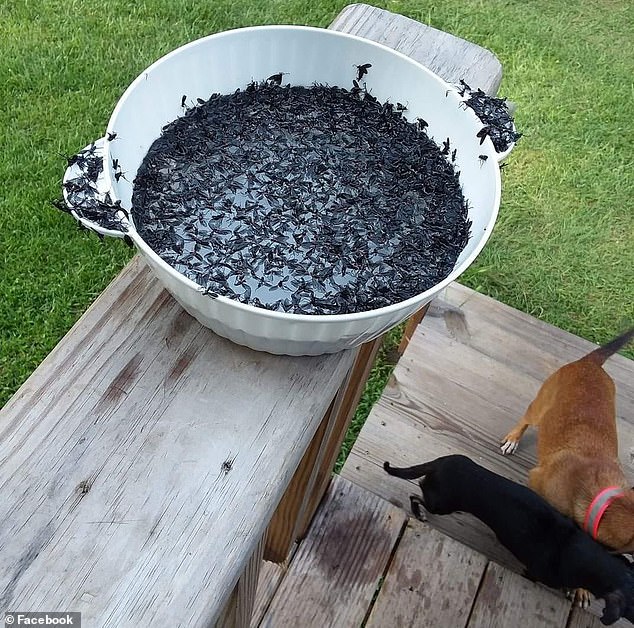 Across social media, Florida residents are complaining that the invasion is particularly bad this year

Social media users in Florida are calling the plague of bugs ‘extra annoying’ this year.

Norman Leppla, an entomologist at the University of Florida, agreed that this year is particularly bad, but said swarms were much worse in the 1970s.

‘It seems that there are more lovebugs than last year but not nearly the number we have seen in decades past,’ he told TCPalm.

Lovebugs are an invasive species that first showed up in Florida from Central America in 1949, according to the University of Florida.

They feel at home in the state’s warm, moist climate.

The insects are from the same family as flies and although they are a nuisance, they do not bite or sting and live only up to four days.

The university disputes the urban myth that its researchers first brought the bugs to Florida and they escaped.