Florida man helps alligator using a blanket and a broom

A man in southwestern Florida helped an alligator that appeared to be in distress using just a few things he had on hand – a blanket and a broom.

Michael Stauffer, of Bokeelia, Florida, noticed that the gator had a plastic ring stuck around its belly and knew he needed to help the creature, FOX 9 reported.

With the help of a friend, Stauffer threw a blanket over the gator to obscure the animal’s sight and used a broom to protect himself. He then trapped the gator underneath his body, taped the gator’s mouth shut, and removed the plastic ring.

The incident took place Thanksgiving Day of 2017 – the video was shared last weekend and has since gone viral.

‘With all the cuts and everything, I think it probably would’ve died,’ Stauffer said about the distressed animal. 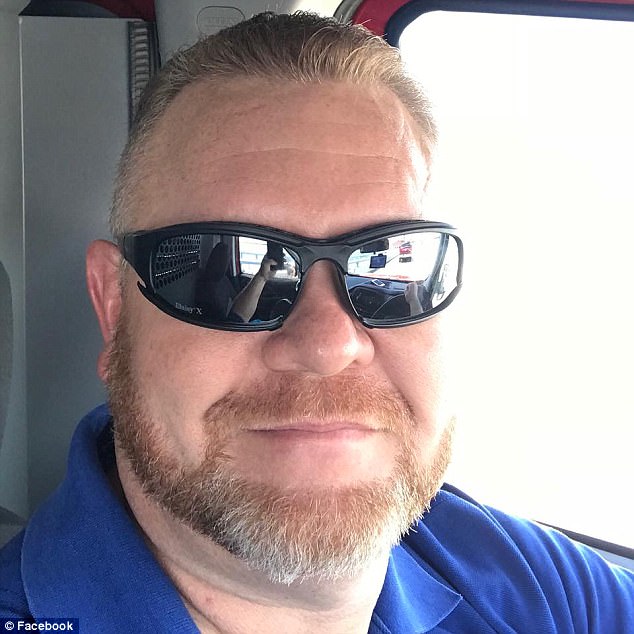 Stauffer, of Bokeelia, Florida corralled the gator using only a blanket and a broom and removed the plastic ring from the gator, saving its life

After putting the gator in his truck, he took it to his in-laws’ home, at which point he called the Florida Fish and Wildlife Conservation Commission.

Transporting the gator as Stauffer did is illegal in the state of Florida, but the officer who came to pick the creature up thanked Stauffer for saving the animal.

‘He did make it very clear that transporting it and being stopped for anything could have ended very, very badly,’ Stauffer said.

Stauffer added that he’d help any animal or person in distress again, but he’d follow the rules regarding it. 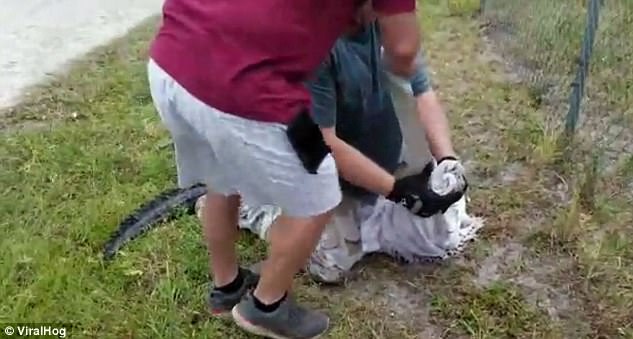 After assisting the gator, he transported it to his in-laws’ home and turned it over to authorities