A Florida man has survived a dangerous single engine plane crash that was meant to be a celebratory ride for his 89th birthday.

Kenneth Brownell and pilot Herbert Weens crashed onto a field on Johnson Lake Road in DeLeon Springs on Sunday around 3.30pm after the aircraft suffered an engine malfunction.

The small plane slammed to the ground and flipped upon impact, but the two passengers survived with minor injuries.

Kenneth Brownell went on a plane ride on Sunday for his 89th birthday, but things went south when the engine malfunctioned, leading pilot Herbert Weens to crash land 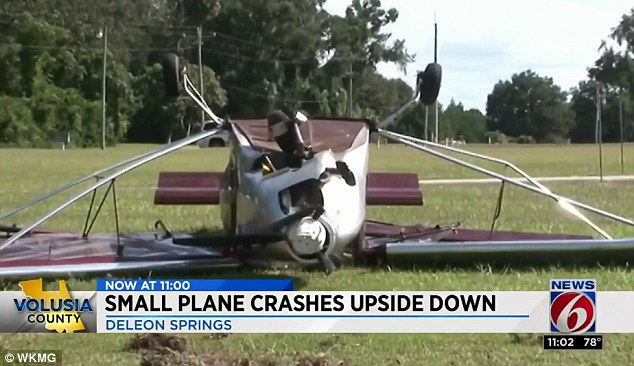 After hitting the ground of a field in DeLeon Springs, Florida, the craft flipped over. Locals helped pull out Brownell and Weens from the wreckage 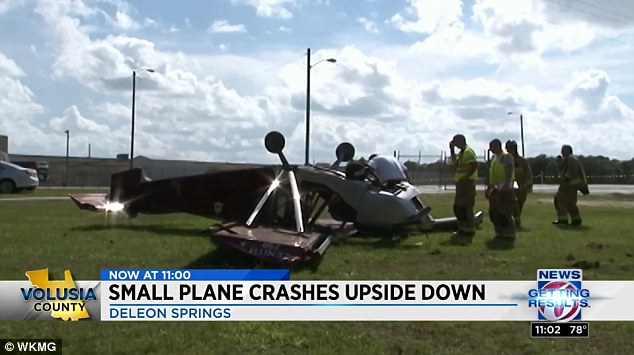 Locals immediately called Volusia County police and found the two conscious and breathing. They were both taken to Florida Hospital DeLand.

Pilot Weens said that the craft had an engine failure and he misjudged the slope of the ground when he came in for the landing.

The front tire suffered damage upon impact, leading the plane to flip over.

‘I looked over and it just kept going down, down, down and boom,’ witness Karen Henry said. 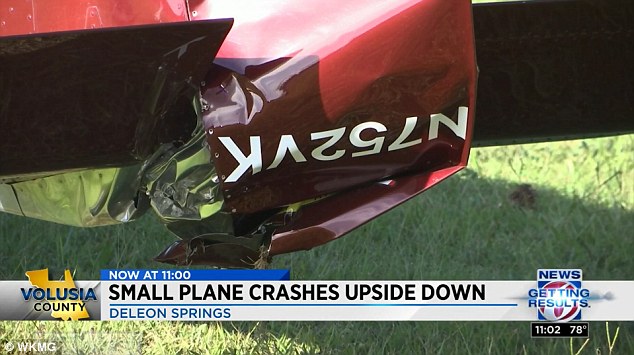 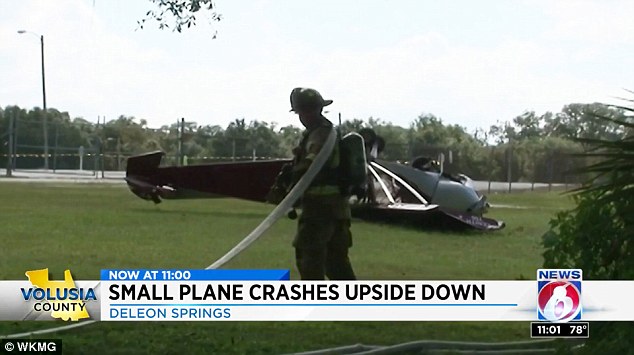 ‘I hope he had a happy birthday with that plane ride, but they’re both very happy and blessed to be alive,’ witness Karen Henry said on the crash

Henry lived next door to the field where the plane crashed. She and her daughter ran to check on the passengers after seeing the wreck and helped pull them out.

‘I ran back home to get something to help the other gentleman. He was stuck in his seat belt and we had to cut him out,’ Henry said.

‘I hope he had a happy birthday with that plane ride, but they’re both very happy and blessed to be alive,’ she added.

The National Transportation Safety Board is investigating to determine what led to the engine malfunction.