Florida mom and baby struck and killed by Jeep in Georgia

A mother and her baby girl had fled their home in Florida ahead of Hurricane Irma over the weekend, only to lose their lives in a car accident just hours after arriving at their family’s home in Georgia.

Kaitlin Hunt, 28, was holding her three-month-old daughter, Riley, in her arms as she attempted to cross the street in Woodstock with a family friend when an SUV driven by a 17-year-old mowed them down.

According to the Cherokee County Sheriff’s Office, the deadly incident took place just after 8pm on Saturday on Arnold Mill Road.

Heartbreak: Kaitlin Hunt, 28, pictured with her husband, Brandon, lost her life in a car crash, along with their 3-month-old daughter Riley 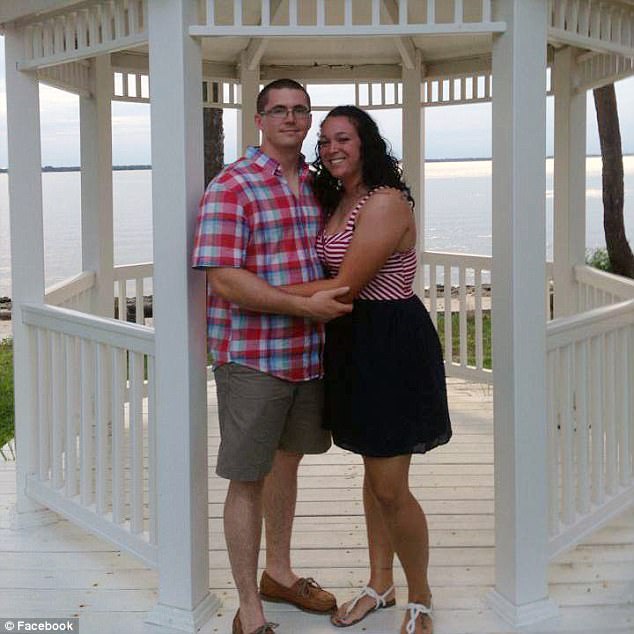 Evacuees: Brandon and Kaitlin Hunt had fled their home in Florida and traveled to Georgia on Saturday, ahead of the arrival of Hurricane Irma

Baby Riley died that same night, and her mother succumbed to her injures on Tuesday evening, reported Atlanta Journal Constitution.

Family friend Kathy Deming, 61, was also injured in the accident but was slowly recovering in the hospital, according to a statement from the sheriff’s office.

As of Wednesday afternoon, no charges have been filed in the deadly crash.

Hunt leaves behind her husband, Brandon. According to a GoFundMe page launched by a loved one, the couple were high school sweethearts who married in March 2016 and settled in Port St Lucie, Florida.

The description of the online fundraiser says that on Saturday, with Irma barreling towards Florida after leaving a path of destruction on a string of Caribbean islands, Kaitlin’s mother and stepfather picked them up in Florida and drove them to their home in Georgia to get them out of harm’s way.

The family were spending time together in downtown Woodstock when a Jeep Patriot operated by a 17-year-old girl from Atlanta slammed into the group and mowed down Kaitlin Hunt. Her baby girl was in her arms at the time. 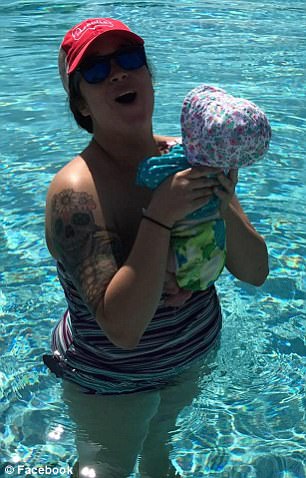 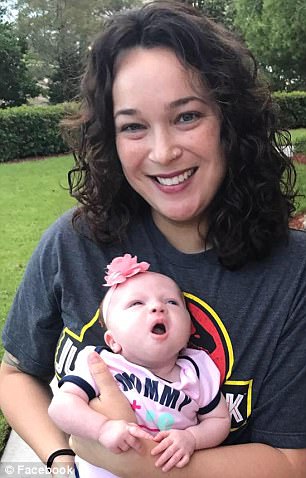 Kaitlin was holding Riley in her arms when a Jeep smashed into them, killing the baby almost instantly. The mother was pronounced brain dead a couple of days later 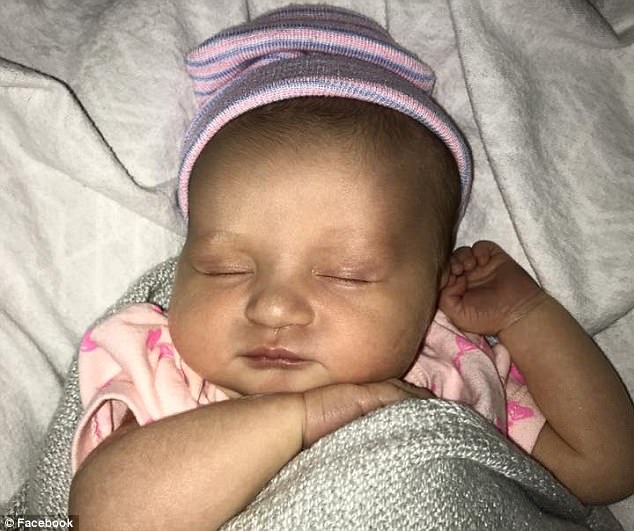 Baby Riley perished almost immediately, according to the fundraiser description, while Kaitlin was rushed to the hospital, where she was later pronounced brain dead.

‘Brandon’s whole life has been forever changed and will never be the same again. He lost his only daughter/child and the love of his life since High School,’ the GoFundMe page read. ‘It is possible, he may also go back to FL to find destruction of his home or possibly no home at all.’

As of Wednesday afternoon, more than $44,000 has been raised for the widower. 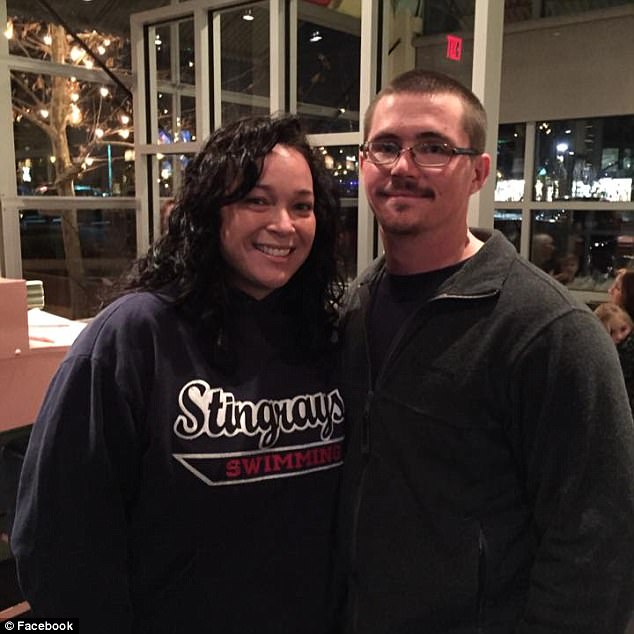 Newlyweds: The couple were high school sweethearts who just got married in March 2016