A Florida National Guard couple abandoned their plans for a beach wedding ceremony and instead got married in an air hangar before rushing to help victims of Hurricane Irma.

Lauren Durham, 24, had a poofy white dress and plans for an intimate beach wedding on the second weekend of September.

Instead she got married in fatigues, with no makeup, in a vast hangar filled with rescue vehicles and paramedics just hours before she would rush into a hurricane to try to save her fellow Floridians.

She and her fiancé, 26-year-old Michael Davis – both of them senior airmen with the Air National Guard – were deployed indefinitely to assist with the rescue.

They let their out-of-town guests know they’d probably miss their own wedding and headed to the Orange County Convention Center to wait out the hurricane with hundreds of other relief workers before being sent into the state’s most devastated regions.

They were eating breakfast with some friends Sunday morning, and one said: ‘Hey, why don’t you guys get married during the hurricane?’

Durham said: ‘It started out as a joke, and it just kind of unfolded. And it turned out to be really great.’ 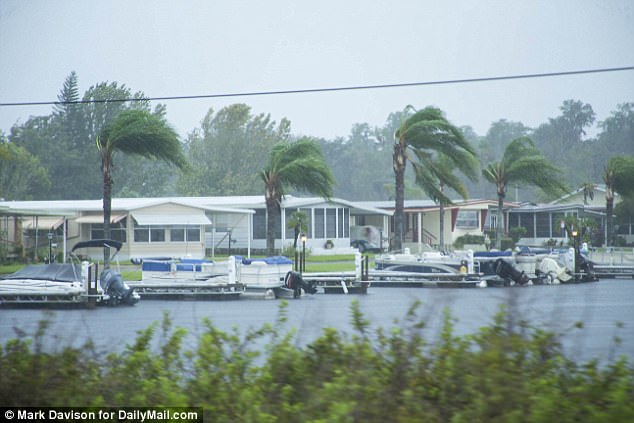 Dozens of people – some longtime friends from the service, some strangers from across the country who came to assist with the rescue efforts – set up folding chairs.

A few found tuxedo T-shirts to wear, despite the closure of all the stores in town for the storm. Someone came up with a bouquet of orange flowers. Their best friend in the Guard happens to be a notary and officiated.

Her wedding dress had already been purchased – waiting for her at home.

‘It was a big poof flowy princess gown,’ she said, then gestured down at her fatigues. ‘But, you know, I love wearing this uniform, so this works.’ 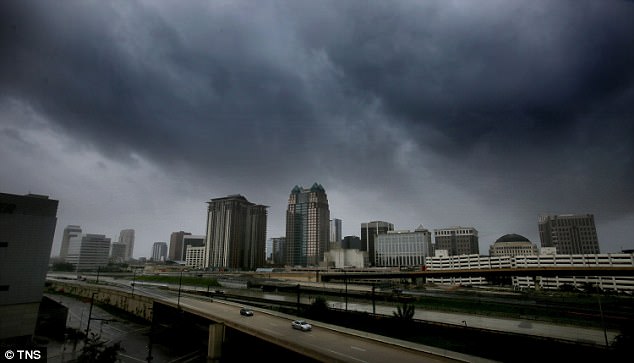 Durham and Davis met right out of high school, and have been together for five years. Davis has served for eight years, Durham for three.

They’re not quite sure how their families will feel when they find out they got married in front of a rack of rubber rescue boats.

‘I think it will be quite a surprise for them,’ Durham said, ‘but I think they’ll understand, it was very, very impromptu.’ 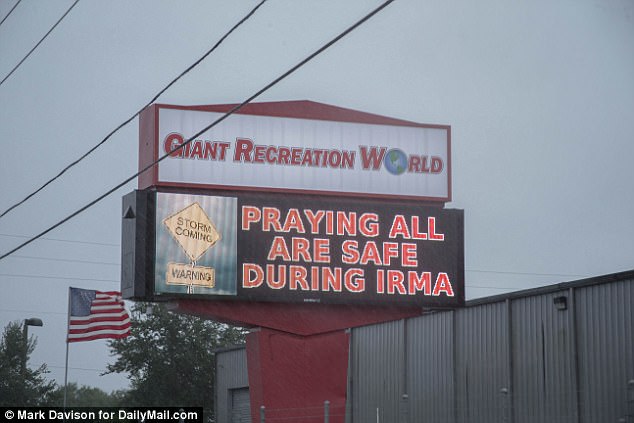 An electronic sign in Orlando said: ‘Praying all are safe during Irma’

It never occurred to either to try to beg off duty for their wedding.

‘Service before self,’ Davis said, and it will be a great story to tell their kids one day.

As she gave her name to reporters, Lauren Durham, she forgot to add the ‘Davis.’ She giggled and pointed to the Durham embroidered on the chest of her camouflage.

‘I’ll have to get new name tapes.’