A telecommuting Florida TV anchor didn’t let her screaming son phase her as he ran on camera just as she was about to launch into her coronavirus report.

Emmy-winning WFTV anchor Martha Sugalski was reporting live from her home, just about to deliver the latest safety tips for taxi and ride share drivers, when the high-pitched, off-camera screaming started.

A second later, Sugalski’s six-year-old son, Heaton, who was still screaming, ran behind her.

WFTV anchor Martha Sugalski was surprised when her six-year-old son, Heaton, ran screaming through the background of her coronavirus update Thursday night 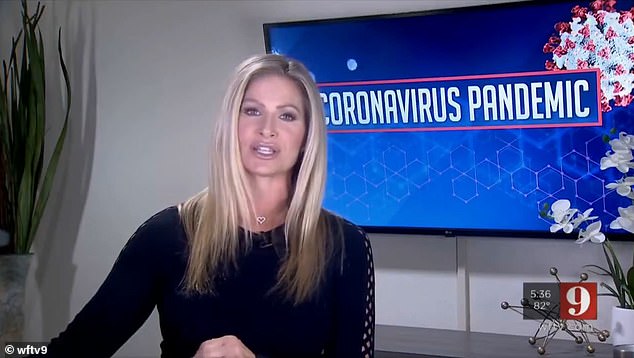 Sugalski delivered the rest of the report with a straight face, despite more background screaming. She can be seen holding her arm out, as if to ward off future interruptions

Sugalski, with only the vaguest of puzzled looks, glanced at her son as he passed through the frame.

‘Sorry about that,’ Sugalski said, before launching into the Department of Labor’s recommendations.

The consummate professional, Sugalski delivered the report with a straight face, looking directly into the camera the entire time.

Throughout her report, continued screaming could be heard in the background.

Sugalski, meanwhile, held her right arm out and down to the side, as if attempting to ward off any future disruptions. 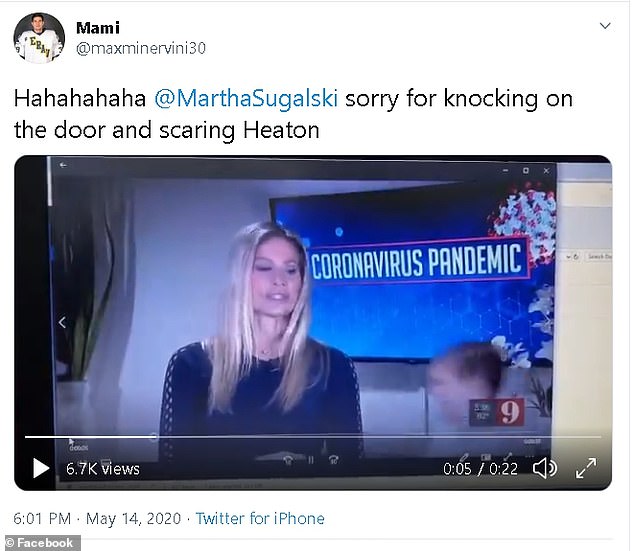 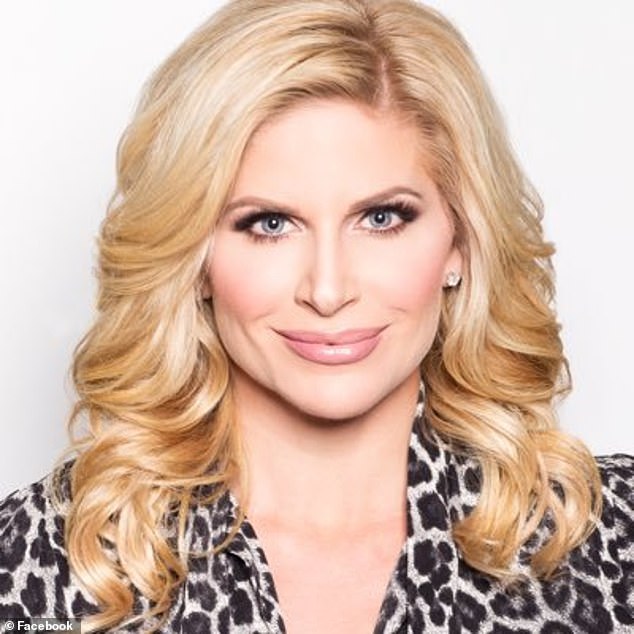 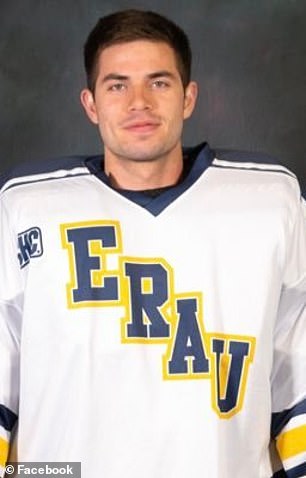 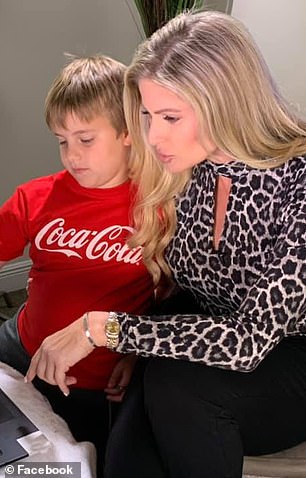 Sugalski (left) later brough Heaton (in grey) on camera, explaining that viewers were worried about the kid. Co-anchor Greg Warmoth (right) said the incident was a ‘perfect example’ of the difficulty of the new normal of working from home

Sugalski’s handling of the situation drew praise on social media, with people noting she ‘Did not miss a beat’ and ‘doesn’t flinch, keeps her head on a swivel, keeps going as if nothing happened.’

‘Sorry for knocking on the door and scaring Heaton,’ he wrote, prefacing the mea culpa with ‘Hahahahaha.’

Sugalski jokingly replied: ‘Thanks Maxwell, you are out of the will now!’

Later in the broadcast, Sugalski brought a quieted-down Heaton on camera.

Pulling him into a hug, she said: ‘You know It’s tough working from home, but so many people were worried about sweet Heaton. You’re okay buddy, right?’

As the child nodded, she added with a laugh, ‘He was worried he was going to lose dessert for running into the 5.30 news hit.’

‘Never, I got you!’ Sugalski’s co-anchor, ‘Uncle’ Greg Warmoth, told the boy from the news studio.

‘I was scared,’ Heaton said.

You’re not in trouble, you know that, right? You get dessert,’ Sugalski replied.

Warmoth smiled and waved at the kid, noting that ‘it is a perfect example of what people are doing, the new normal and its very abnormal.’

On Twitter, Sugalski wrote of the incident, ‘his second appearance this week’ and ‘Can you imagine if they had been quadruplets????’

Heaton is a triplet.