Florida police share photos of their officers during Irma

As Hurricane Irma takes aim at central Florida on Monday, police around the state are working day and night to keep residents safe.

The Fort Lauderdale Police Department shared a heartwarming photo of one officer with his K9 taking a nap together after working nonstop to help with evacuations.

The photo, which shows the officer holding hands with his dog as he napped on a cot, was captioned ‘#WeAreInThisTogether’.

Departments across Florida are sharing photos showcasing their dedication as Hurricane Irma carves a path of destruction through the state with high winds and storm surges leaving millions without power, ripping roofs off homes and flooding city streets.

Police departments across Florida are sharing photos showcasing their dedication as Hurricane Irma carves a path of destruction through the state. The Fort Lauderdale Police Department captioned their photo of an officer and K9 with ‘#WeAreInThisTogether’ 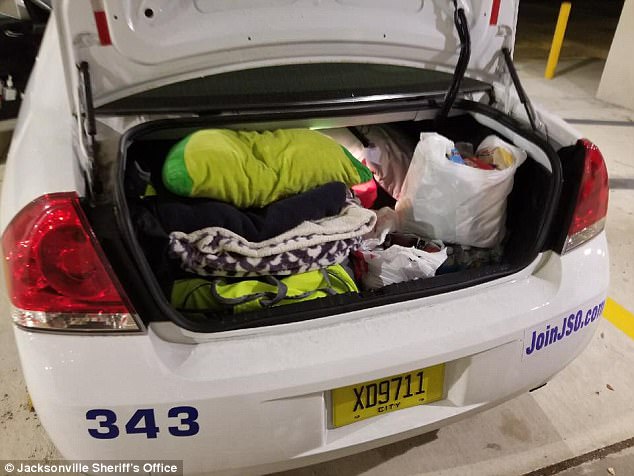 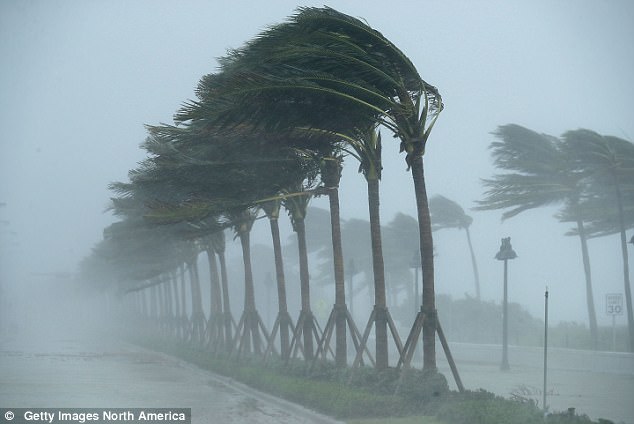 The Jacksonville Sheriff’s Office shared an image of the trunk of a police cruiser filled with bedding and supplies.

The sheriff’s office said: ‘When you leave for work and you don’t have any idea when you will be back home. You are prepared that your police car is now your bed.

‘You have enough food and clothes to be self sustained for 72 hours. JSO is ready for Hurricane Irma. We are here for you!’

The Sarasota Police Department shared an image of officers rescuing a stranded woman, while the Hernando County Sheriff’s Office posted a photo showing deputies helping out at shelters.

Irma, once ranked as one of the most powerful hurricanes recorded in the Atlantic, came ashore on Florida on Sunday and battered towns up and down the state.

It weakened to a Category 1 hurricane, carrying maximum sustained winds of about 85 miles per hour (135 km per hour) by 2am local time on Monday. 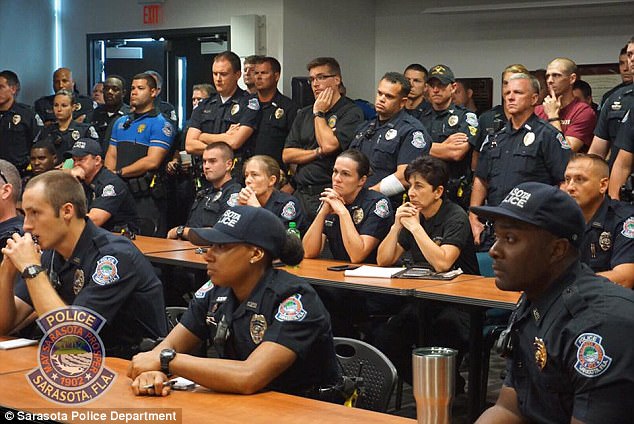 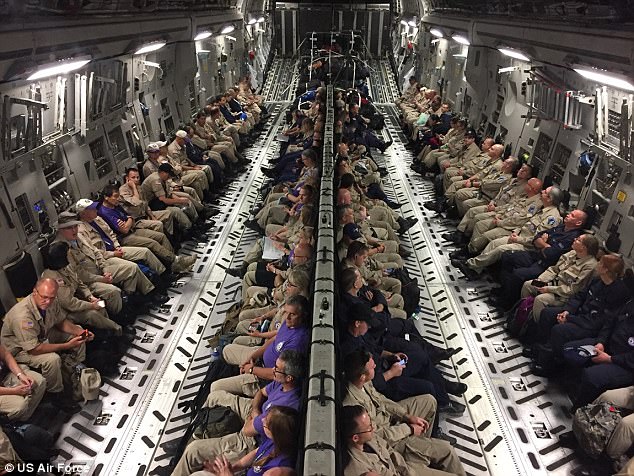 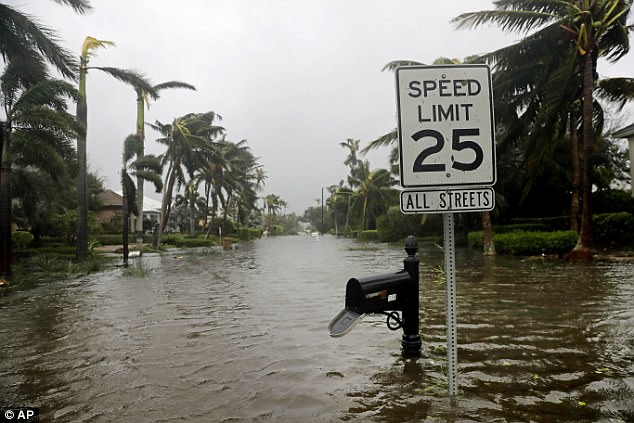 A street is flooded near the ocean after Hurricane Irma passed through Naples, Florida, on Sunday

The storm was churning northwest in the center of the state near the Tampa and Orlando metro areas on Monday morning, the National Hurricane Center said.

The storm killed at least 28 people as it raged westward through the Caribbean en route to Florida, devastating several small islands, and grazing Puerto Rico, the Dominican Republic and Haiti before pummeling parts of Cuba’s north coast with 36-foot-tall (11-m) waves.

Irma was ranked a Category 5, the rare top end of the scale of hurricane intensity, for days and its ferocity as it bore down on hurricane-prone Florida prompted one of the largest evacuations in US history.

Some 6.5million people, about a third of the state’s population, had been ordered to evacuate southern Florida. Residents fled to shelters, hotels or relatives in safer areas.

On Sunday, Irma claimed its first US fatality – a man found dead in a pickup truck that had crashed into a tree in high winds in the town of Marathon, in the Florida Keys. 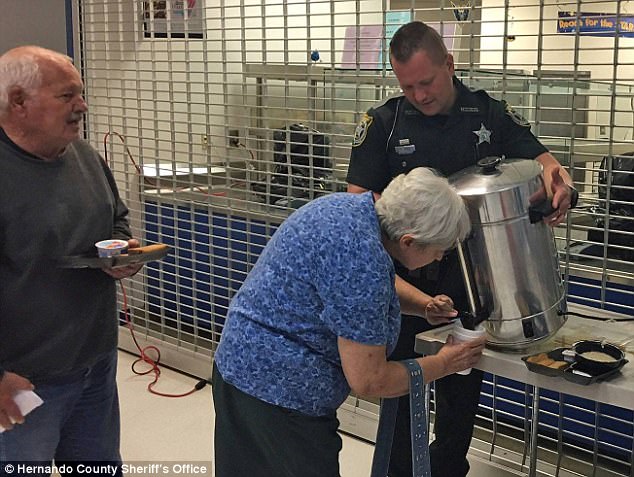 In Hernando County, officers from the Sheriff’s Office volunteered at evacuation shelters across the region 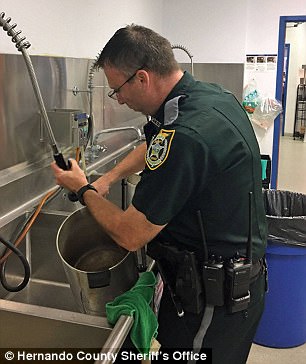 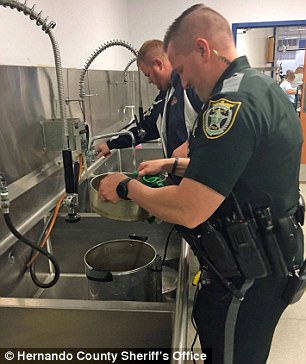 High winds snapped power lines and left about 4.5 million Florida homes and businesses without power in the state, whose economy represents about 5 percent of U.S. gross domestic product.

Irma was forecast to continue churning northward along Florida’s Gulf Coast during Monday morning, further weakening along the way before diminishing to tropical-storm status over far northern Florida or southern Georgia later in the day.

It could dump as much as 25 inches (63.5 cm) of rain in parts of Florida and as much as 16 inches in parts of Georgia, prompting flash flood and mudslide warnings, the National Hurricane Center said.

Local TV news video of damage in Naples, a city on the Gulf coast about 125 miles (200 km) to the northwest of Miami, showed buildings ripped apart by hurricane winds and streets flooded by rain and storm surges.

The storm’s westward tilt to Florida’s Gulf Coast spared the densely populated Miami area the brunt of its wrath, although the wide reach of the hurricane meant the state’s biggest city was still battered.