Florida politician who fatally shot shoplifter is charged with murder

Michael Dunn, 47, was charged with second-degree murder Friday in the shooting death of a shoplifter at his military surplus store

A Florida city commissioner has been charged with fatally shooting a man he accused of shoplifting a hatchet from an Army-Navy surplus store.

A conviction could mean a possible life sentence.

State Attorney Brian Haas said in a statement Friday evening: ‘I have determined that this case and the actions of Mr. Dunn fall outside of Stand Your Ground.’

Dunn is seen wrestling with Lopez at the entrance to his Vets Army Navy Surplus store in Lakeland.

Lopez is seen trying to escape while Dunn holds on to the intruder’s arm in one hand and a pistol in the other hand.

As Lopez is about to slip away and flee the store, Dunn tries to grab his shoulder.

The entire time, Dunn is pointing his gun at Lopez. 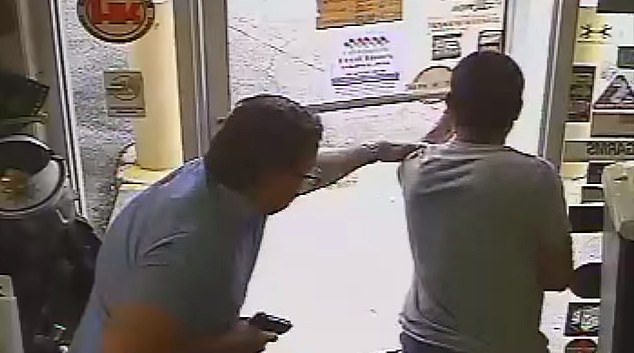 Dunn, a Lakeland city commissioner, is seen wrestling with Christobal Lopez, 50, at the entrance to his Vets Army Navy Surplus store in Lakeland, Florida, on October 3 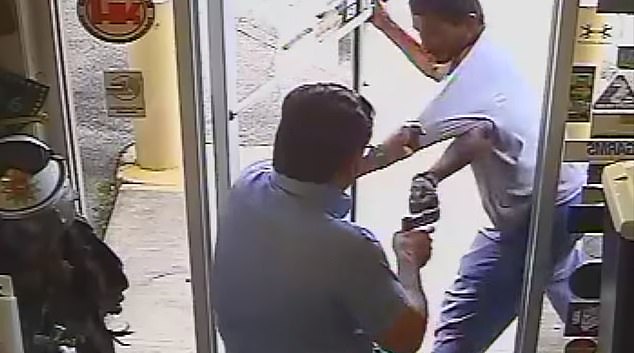 Lopez is seen trying to escape while Dunn, 47, holds on to the intruder’s arm in one hand and a pistol in the other hand 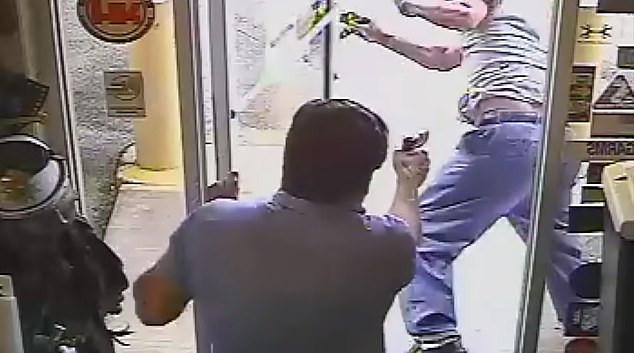 The entire time, Dunn is pointing his gun at Lopez. As Lopez struggles to break free of Dunn’s grip, Dunn pulls the trigger and shoots him. 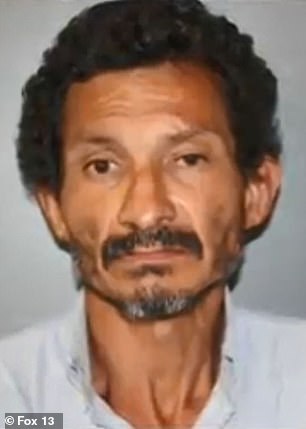 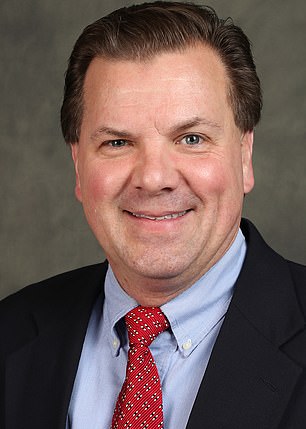 As Lopez struggles to break free of Dunn’s grip, Dunn pulls the trigger and shoots him.

Lopez is seen falling to the pavement just outside of the store.

Nobody tries to offer Lopez assistance or first aid, and lies on the pavement unattended for three minutes.

Dunn accused Lopez of trying to steal a hatchet.

Dunn’s lawyer, Rusty Franklin, claims that his client was justified in shooting Lopez because he was holding a hatchet during the struggle, according to the Tampa Bay Times.

The Lakeland Police Department and the State Attorney’s Office continue to investigate the shooting.

A state attorney for the 10th Judicial Circuit told the Times that the investigation is expected to wrap up sometime this week.

Police said that Lopez tried to shoplift a hatchet from inside the store.

They arrived at the store at around 2:30pm and found Lopez dead on the sidewalk.

Dunn told police that he confronted Lopez by asking him if he was going to pay for the hatchet.

In Florida, a person is legally permitted to use deadly force ‘if he or she reasonably believes that using or threatening to use such force is necessary to prevent imminent death or great bodily harm to himself or herself or another or to prevent the imminent commission of a forcible felony.’

From viewing the video, it does not appear that Dunn’s life was in any danger.

The so-called ‘stand your ground’ law does not require anyone who perceives themselves as being under threat to retreat before using force.

The video appears to show Lopez trying to flee. At no time did he appear to pose a threat to Dunn. 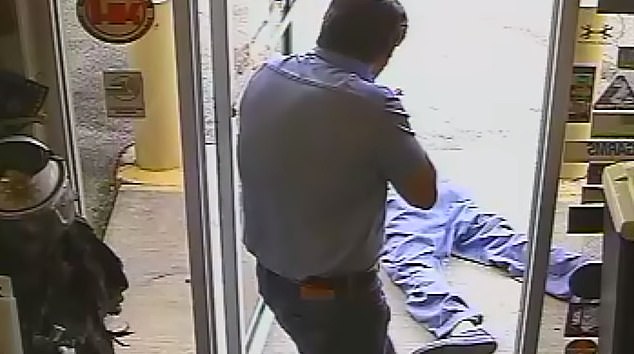 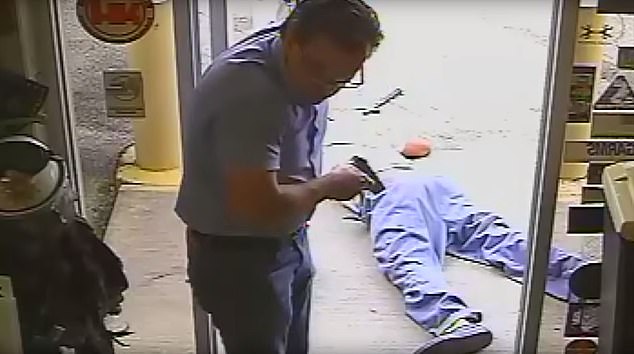 Cops then arrive and find him on the sidewalk. He was declared dead a short time later

Two lawyers who reviewed the footage for the Times said that Dunn will have a difficult time explaining his position in court.

Dunn may claim that he feared Lopez would take a swipe at him with the hatchet while they were struggling near the door.

Lopez was laid to rest Monday morning in Wauchula, Florida.

This is the second time that Dunn has shot a person, though it’s the first time the shooting was fatal.

When Dunn was 19, Dunn accidentally shot a man, according to the Lakeland Ledger.

Dunn is known to be a strong advocate of gun ownership. 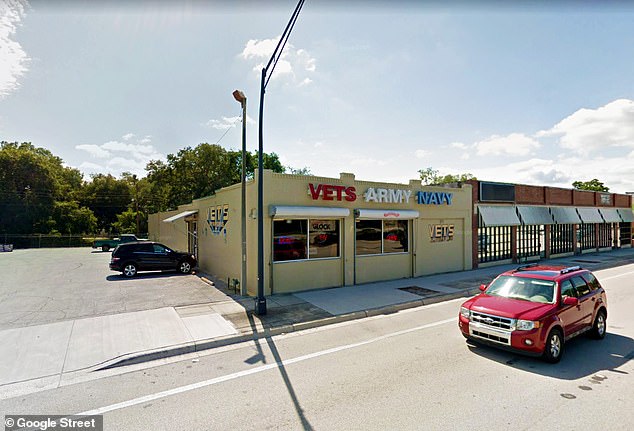