Florida sisters arrested for killing their father in 2015

Florida man Anthony Tomaselli was allegedly killed by his daughters on March 5, 2015 in a premeditated plot because he refused to move to an assisted living facility

Two Florida sisters have been arrested after they allegedly admitted to killing their ailing father in a premeditated murder four years ago by euthanizing him with a toxic cocktail of alcohol and sleeping pills then suffocating him.

Mary-Beth Tomaselli, 63, and Linda Roberts, 62, were arrested on Tuesday in Pinellas County for killing their 85-year-old father Anthony Tomaselli back in March 2015.

They were booked into Pinellas County jail and each face a charge of first degree murder for the twisted plot.

They were detained after one sister allegedly admitted the crime to a male lover they were both romantically involved with, who recorded the chilling confession, Pinellas County Sheriff Bob Gaultieri announced on Tuesday.

That man, whose name was not released by police, was romantically involved with both sisters and reported them to police on February 13 following the bombshell confession. 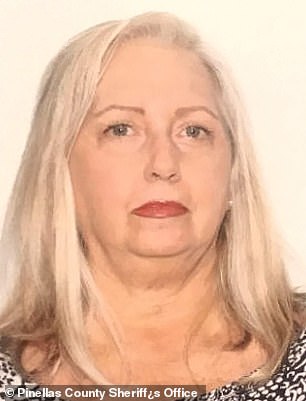 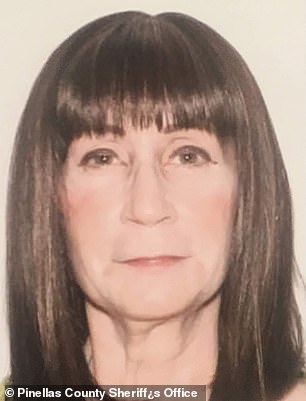 Sisters Mary-Beth Tomaselli, 63, (left) and Linda Roberts, 62, (right) were arrested on Tuesday for murdering their father in March 2015 by giving him a toxic cocktail of alcohol and sleeping pills then suffocating him. They kept the murder a secret until one confessed to lover in February

‘Linda gave very specific details about how she and Mary-Beth killed their father,’ the Sheriff Gualtieri said Tuesday.

‘They knew he would die sometimes in the next couple of months, so they decided to euthanize him,’ he added.

The sisters killed their father in a premediated attack, plotting to make it appear that he died in his sleep at his Palm Harbor home after he refused to enter an assisted living facility despite his crumbling health.

The father was suffering from cancer, dementia, and heart problems.

On March 5, 2015 the women committed the horrific murder by giving him a deadly concoction of alcohol and an ‘excessive’ amount of sleeping pills ‘with the hope that it would kill him’.

Tomaselli reportedly put too much alcohol in the drink, which diluted the pills, rendering them ineffective.

Their father was left lying on the coach with labored breathing.

Then Roberts allegedly placed a pillow over his face and tried to suffocate him. When that didn’t work Roberts took a rag and stuffed it down his throat, according to officials.

Tomaselli then pinched his nose closed and held down his arms until he stopped breathing and died, the sheriff said. 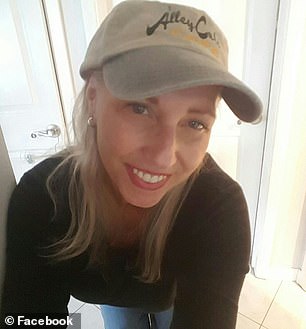 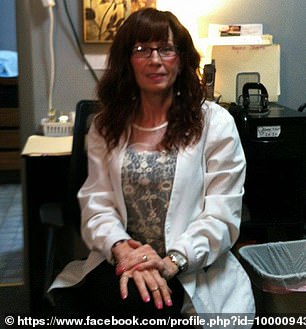 The sisters allegedly killed their father in a premediated attack, plotting to make it appear that he died in his sleep at his Palm Harbor home after he refused to enter an assisted living facility even though he was suffering from cancer and dementia. Tomaselli left and Roberts right 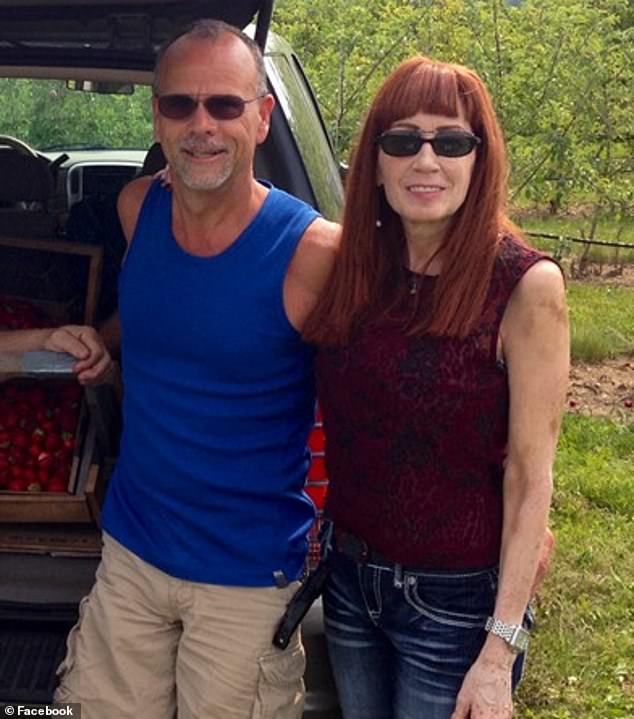 On February 12 Roberts called an unidentified man she was romantically involved with to her home and admitted to ‘euthanizing’ her father. That man then reported the sisters to police. Roberts pictured above with an unknown man

Tomaselli later allegedly told authorities that after he stopped breathing it was ‘weird’ because he ‘still had a pulse due to having a pacemaker despite being dead’.

She added that as they murdered their father, Tomaselli allegedly drugged her adult daughter in the home with sleeping pills so she wouldn’t witness the killing.

The next morning on March 6, 2015, the daughters staged a scene where they pretended to discover their father dead on the couch, tried to revive him with CPR, and called 911.

Anthony Tomaselli’s own doctor declared that he had died of natural causes due to his age and health complications. No official autopsy was performed for those reasons.

After his death the daughters sold the home and split a $120,000 profit with their brother, who the sheriff’s office noted was not involved in the murder plot.

Now officials say he was murdered.

‘It was the “perfect” murder,’ Sheriff Gualtieri said during the Tuesday press conference.

‘Every single day we respond to natural death calls and if there is no evidence of foul play, no suspected criminal activity, no reason to believe anything other than a natural death, none of that is checked.  When you have a guy who is 85-years-old and he has cancer, he has dementia and he obviously has heart problems, he has a pacemaker …’ Gualtieri added before trailing off. 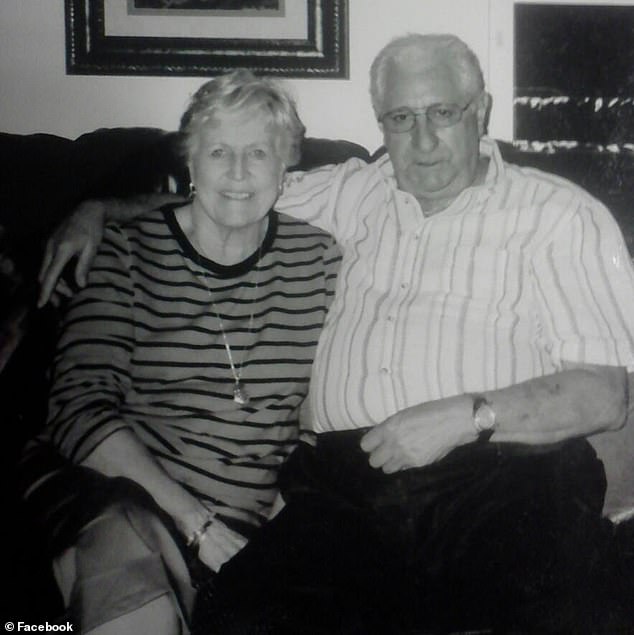 Anthony Tomaselli pictured right before his sudden death on March 5, 2015 which was at first thought to be of natural causes until February 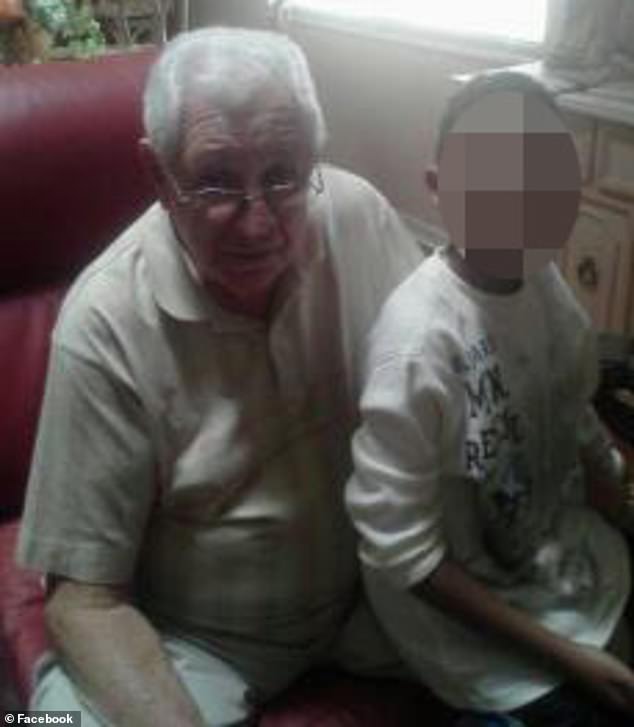 After the sisters allegedly called their father, they staged a scene the next morning pretending to discover him dead on the couch, attempted to resuscitate him, and called police

The man who reported the women to police first met Mary-Beth Tomaselli at a bar in August and they became intimate.

Later she introduced him to her sister Robert and became romantically involved with her too, according to the Tampa Bay Times.

The sheriff didn’t elaborate on the specifics of those romantic relationship.

The man said Roberts acted ‘odd’ and ‘it was clear something was troubling her’, according to police.

On February 12 Roberts called the man to her home and admitted to ‘euthanizing’ her father.

The man then whipped out his self phone and started recording audio and video of their conversation. It’s not clear if she knew he was recording her.

Roberts detailed the entire murder and plot and the man reported it to police.

When deputies questioned the sisters both confessed, both using the words ‘premeditated’ and ‘euthanized’ multiple times in their accounts.

Tomaselli ‘spilled her guts’, according to the sheriff.

They clearly knew what they were doing,’ the sheriff said.