A Florida state trapper pulled an eight-and-a-half foot alligator out from underneath a truck.

The video, posted by the Pasco Sheriff’s Office in Florida, showed a trapper catching the alligator around the neck before pulling it out.

The owner of the vehicle in Land O’ Lakes called the sheriff’s office on Tuesday after he discovered the large beast.

The office had to call in a state gator trapper, who is trained to handle the animal, in order to get it safely out from underneath the truck.

A state gator trapper was called to a resident’s home in Land O’ Lakes, Florida because an alligator was underneath his truck 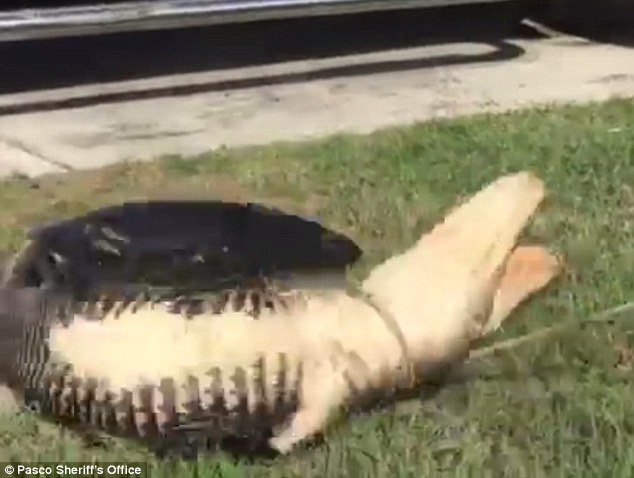 Captured: the state trapper wrapped a rope around the alligator’s neck to pull it out 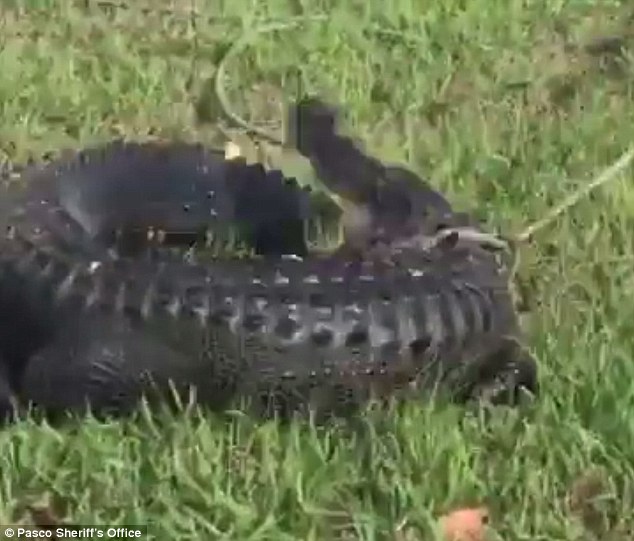 Jose Baluja shot the video featured on the sheriff’s office Facebook page. He lives two doors down from where the gator was caught.

He told WFLA: ‘Just total shock. Lived here all my life and never seen anything that big.

‘As the man was pulling him out, he tore a piece of the side stepper of the truck off.’

The alligator was discovered by the home’s resident who found the reptile underneath his car that was parked in the driveway.

In the video, the state trapper eased a rope around the neck of the alligator before he pulled it from underneath the truck.

The trapper is heard saying ‘that was easy’ once he captured the alligator. 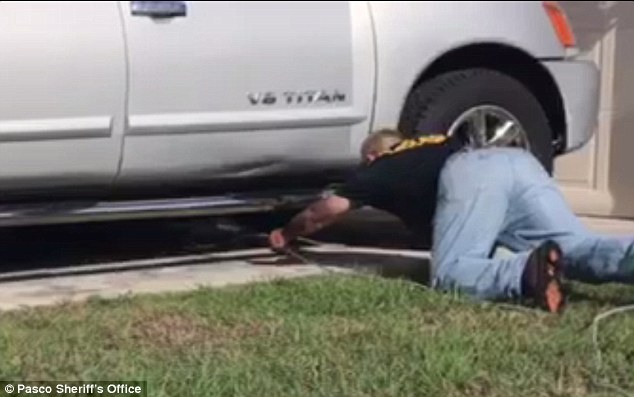 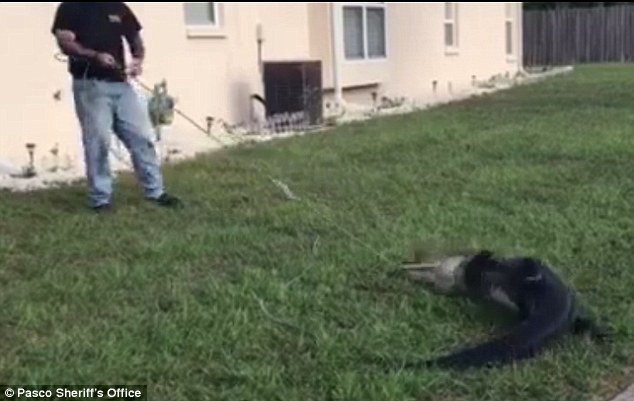 The alligator was eight-and-a-half feet, according to the Pasco Sheriff’s Office in Florida

People can hear the alligator’s tail hit the underside of the car before he comes barreling out.

The sheriff’s office joked on Facebook that while alligators are common in Florida, they are not pets.

The office said: ‘Most of us Floridians may not keep gators for pets, but we have enough of them in our backyard to consider them “family”.’

It is unclear what the trapper did with the alligator once it was caught.