Brawl breaks out at Wendy’s after male employee grabs woman by her hair and THROWS her at another customer, before hurling a chair at someone else

A brawl which broke out at a Florida Wendy’s restaurant on Thursday after an argument between a male member of staff and two female customers escalated into violence.

A witness who filmed the clip told reporters the fight broke out at the North Palm Beach restaurant when the employee confronted the women about cursing loudly inside the restaurant, demanding that they leave.

The pair reportedly responded by yelling at the male employee. Before long the three of them were slapping and throwing punches at each other, according to the witness. 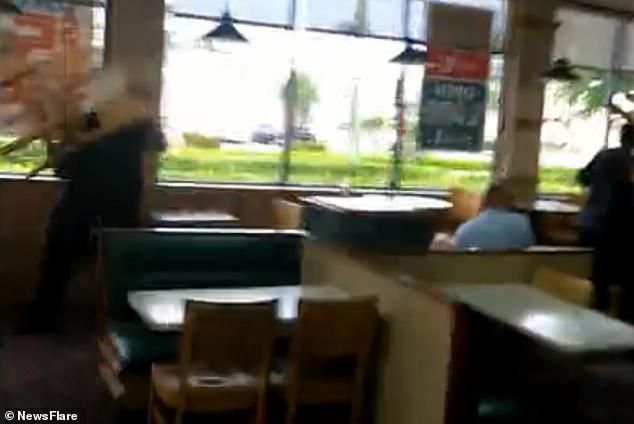 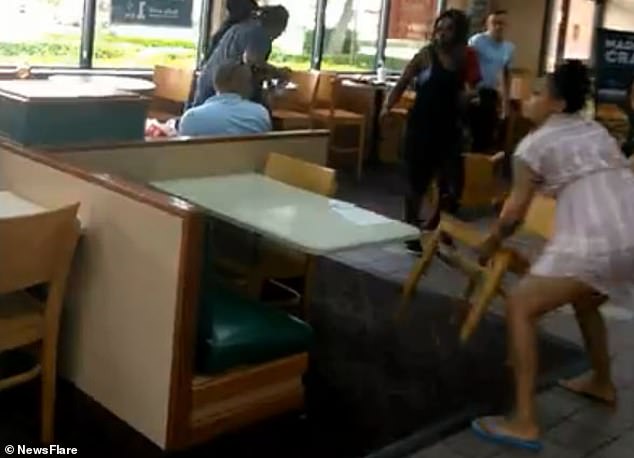 ‘Slaps, punches, pushing and tugging from all involved. At some point a bottle of cleaning solution was used as a weapon and ended up on the floor,’ the filmer told Newsflare.

The clip starts in the middle of the fracas after the male employee grabs one of the women by her dreadlocks, violently flinging her left and right.

The other woman tries to help her companion by hitting the employee with a dining tray before throwing it at him.

Customers sitting in the dining area were forced to flee to avoid getting hit.

He responds by picking up a chair and throwing it at the woman, who dodges before throwing another chair back at him.

‘You can’t come out here and put your hands on a female!’ one of the women shouted during the video. 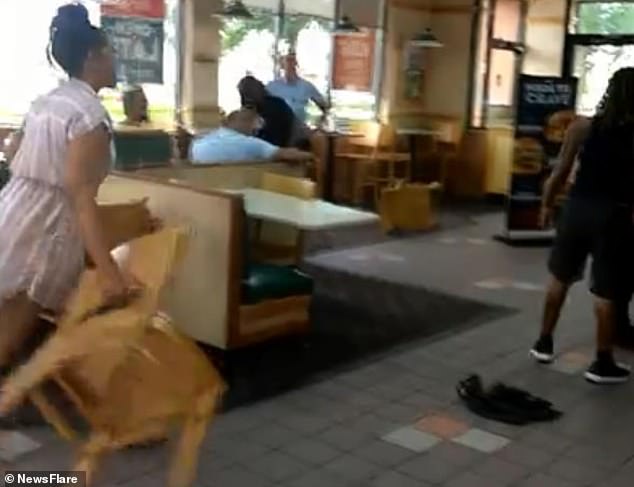 The woman later picked up another chair, preparing to throw it before changing her mind and setting it down in the middle of the floor 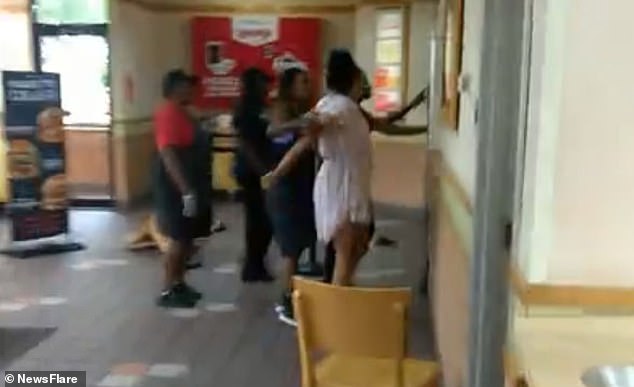 The male employee retreated behind the restaurant counter as the two women yelled at him and asked for his name. Other employees eventually got the women to calm down and leave before police arrived. The male employee was taken into custody

‘I’ll shoot you dead in your f*cking sh*t!’ her counterpart added.

The woman who threw the first chair picked up another preparing to throw it before thinking better of it and setting it down in the middle of the floor.

The male employee walked back behind the restaurant counter and remained mostly silent as other employees eventually calmed the two female combatants, who left the scene before police arrived.