Florida woman is arrested after lying about sexual assault

Brittany Sorey, 30, was arrested last week for filing a false police report when she claimed a Hispanic man broke into her home in Largo, Florida last month and sexually assaulted her

A Florida woman has been arrested for filing a false sexual assault claim with police, which led to a bizarre chain of events that resulted in her innocent neighbor being killed.

Brittany Sorey, 30, told police last month that a Hispanic man had broken into her apartment in Largo near Tampa and sexually assaulted her.

A police report said Sorey reported that the man ‘battered her and vaginally penetrated her with a broken broom handle and a box cutter’.

She repeated those claims when she was later re-interviewed by a detective.

Sorey, who is a mother of six children, had been living at the home with her husband Gerald at the time but had fallen behind on rent, the Smoking Gun reports.

The couple moved out of the home after Sorey told police she had been assaulted and one of their male friends moved in instead. 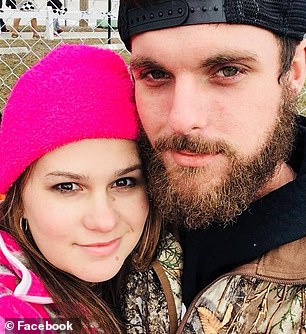 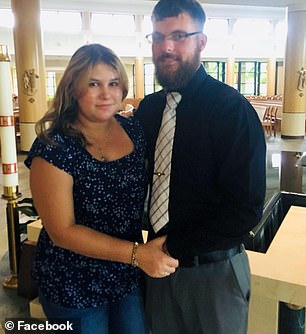 Sorey had been living at the home with her husband Gerald at the time but had fallen behind on rent. They moved out soon after she claimed she had been sexually assaulted 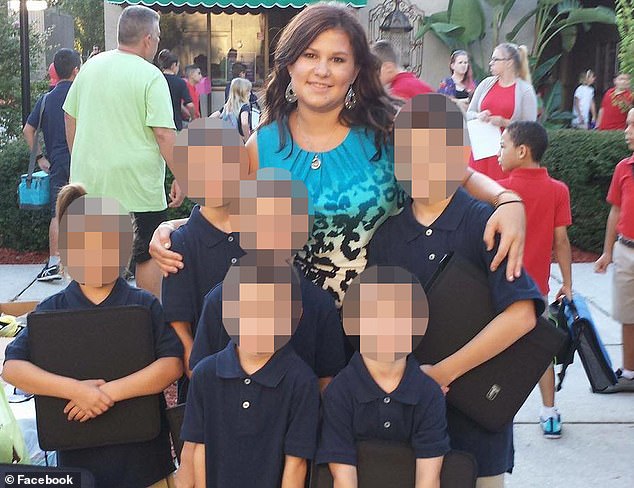 Sorey, who is a mother of six, let her male friend move into the apartment. Her neighbor later tried to confront the couple over ‘money issues’

Sorey took to Facebook on April 20 to write, in a since deleted post, that she was trying to raise money for the Florida Council Against Sexual Violence following the so-called attack.

Then on May 10, the friend who was living in Sorey’s old apartment called her to say her neighbor was banging on the front door.

The neighbor wasn’t aware the couple had moved out but wanted to confront them over ‘money issues’.

Sorey told her friend over the phone that the man banging on the door sounded like the person who had broken in and sexually assaulted her.

When Sorey’s friend went outside to try and take a photo of the neighbor to give to authorities regarding the sexual assault, police said the man attacked him. 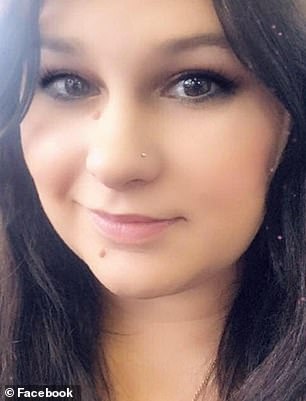 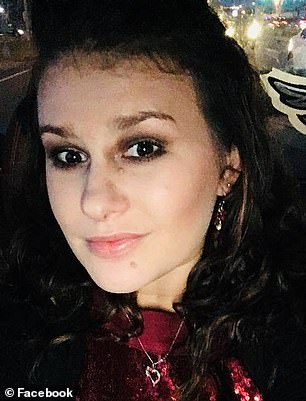 Following her neighbor’s death, Sorey admitted to police that she had lied about being sexually assaulted

Police said a confrontation occurred and Sorey’s friend killed the man in self defense.

An ambulance responded to the home at about 10.23pm in response to a trauma call.

The names of the friend or neighbor have not been released by police.

It is not clear how the neighbor died.

Following her neighbor’s death, Sorey admitted to police that she had lied about being sexually assaulted.

She was arrested last Friday and charged with falsely reporting a crime.