A woman was taken on a high speed chase with police after a date with a man she had just met took an unpredictable turn.

After visiting a Denny’s in Florida with a man she met on a dating website, the woman was a passenger in his car when he then fled police.

Officers tried to pull him over for a traffic violation but he raced away at high speeds before getting out of the vehicle and fleeing the scene at around 2am in Palm Coast on Thursday.

The unidentified woman was left to deal with the Flagler County sheriff’s deputies who used stop sticks to disable the car and bring it to a stop.

The suspect fled into nearby bushes when his vehicle was halted by police stop sticks following a high speed chase in Palm Coast, Florida 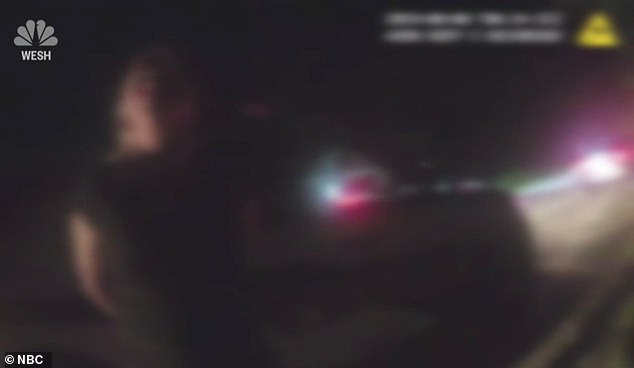 Authorities said the man was driving erratically and over the speed limit.

As the officers approached the vehicle they discovered the driver had run off in to nearby woods.

In body camera footage, the woman could be heard telling authorities that the man said he had to get away from the cops because he didn’t have a valid license.

The woman told officials she was scared due to his erratic driving, didn’t know his last name and was told two different first names.

One deputy told the woman as officer approached the vehicle: ‘Anyone else in the car come out with your hands up…do it now.’

An officer could later be heard asking the woman: ‘He didn’t say anything to you other than ”I don’t have a license?” And that’s why he took off?’

The couple met on a dating site and had dinner at the Denny’s before heading to the woman’s house.

But he told her he would end up in jail after the deputies tried to stop him for a tag violation, police said. 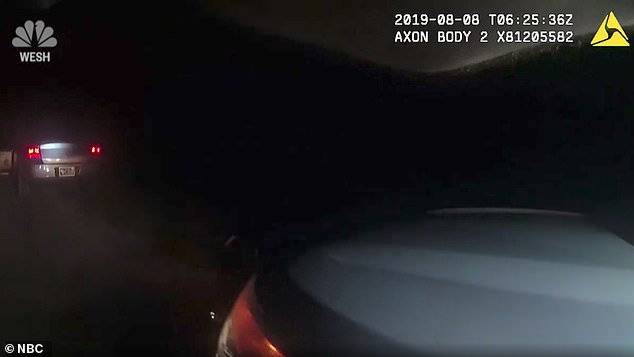 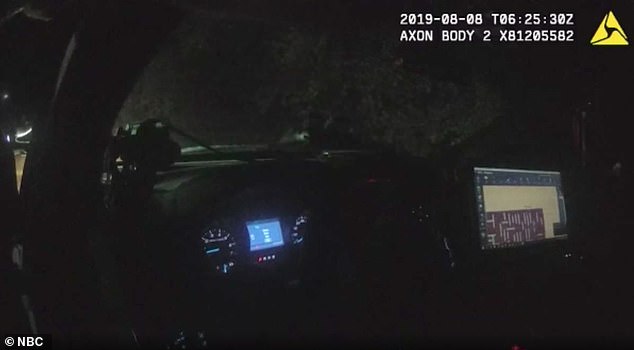 The suspect has not been apprehended by police, who believe he may have a more serious criminal background

Police believe he was running from more than just a suspended license and could have a more serious criminal background.

‘She was very scared in the vehicle, she told us. She didn’t really know his last name, she knew him by two different first names.’

The suspect, thought to be from the Orlando area, has not yet been apprehended.

In another separate incident, the same woman was the victim of a violent altercation with a different man she was with jumped on her car.

She was trying to get away from the man at a store parking lot in Bunnell, Florida.

During the assault last month her windshield was smashed before she was knocking unconscious by her attacker.